The Challenges of Remanufacturing in China 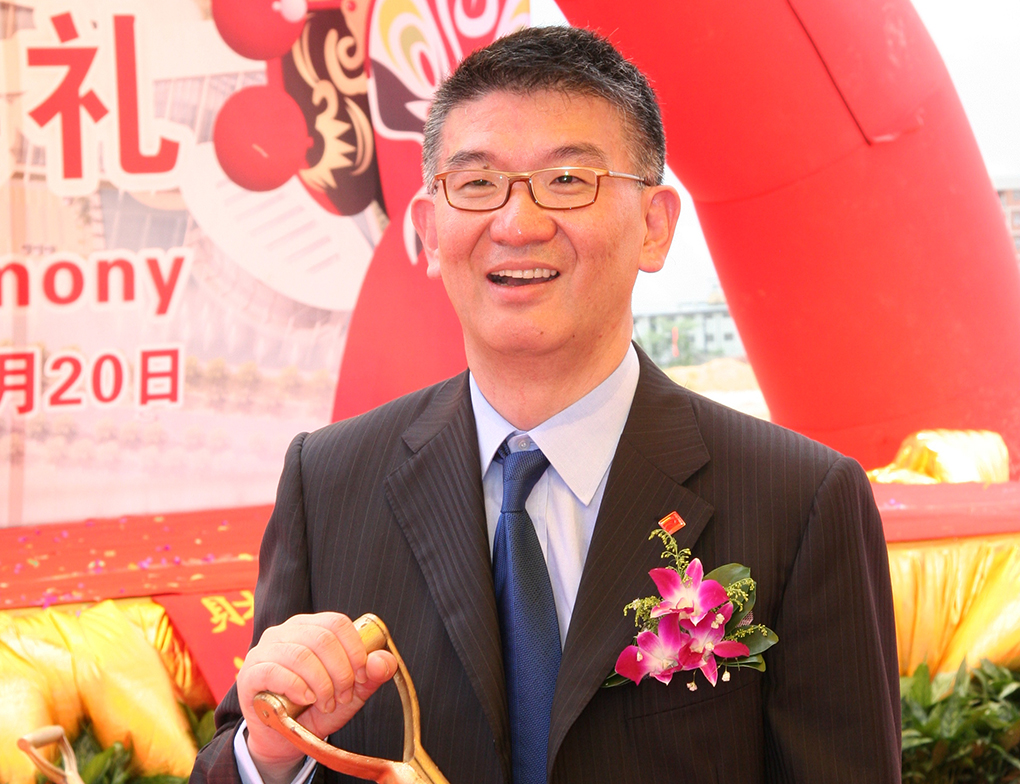 40 years ago, Arnald Ho (pictured) established a ribbon factory in Zhuhai, China. The factory is deemed to be the first Chinese remanufacturing factory that opened the curtain for the development of the aftermarket printing consumables in China and Asia.

Ho saw how others in Western countries would assemble the ribbons in the cassettes ready for use in dot matrix printers. He was convinced, as a young 20-plus-year-old at the time, that the smaller and more nimble fingers of the Chinese could rebuild a better cartridge more quickly and competitively.

The Print-Rite legend was born.

By definition, remanufacturing of printer cartridges is the recycling and reuse of used and empty OEM printing consumables. The price of a remanufactured product is usually between 20 and 80 percent of the OEM price, therefore, remanufactured printing supplies are very seductive to consumers and end-users.

In the 1980s, China began importing solid waste as a source of raw materials and for years it was the world’s largest importer despite its limited capacity to process garbage disposal. Some companies even illegally brought foreign waste into the country for profit. With the advent of the aftermarket, many used cartridges were imported to meet the demands for remanufacturing. Between 2000 and 2004, Guiyu village, located in Guangdong, broke down much of the world’s discarded electronics including printer cartridges into reusable components.

The rest was often burned creating an environmental disaster. The reporting of the dumping of used toner cartridges in Guiyu, China’s electronic waste village, shocked and angered many in the global industry.

It angered the Chinese government as well. 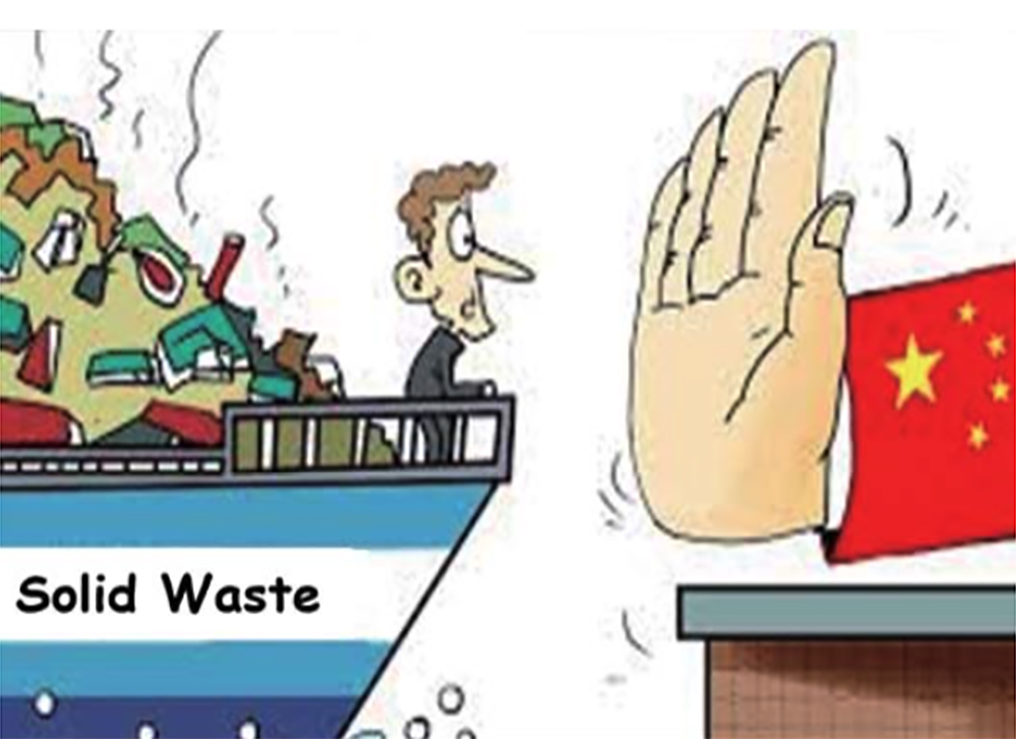 In 2017, China filed a notification with the World Trade Organization (WTO), informing it of its intention to ban imports of four classes and 24 kinds of solid waste by the end of that year. This included plastic waste from living sources, vanadium slag, unsorted waste paper and waste textile materials.

Three years later, China officials revised the content of solid waste import management in the law of the People’s Public of China on the Prevention and Control of Environmental Pollution by Solid Waste. According to the revised rules, the importation of all solid waste into China would be banned as of January 1, 2021.

Along with the announcement of the revised rules, the Ministry of Ecology and Environment stopped accepting and approving applications for import permits for importing solid waste that can be used as raw materials. Those import permits that have already been issued should be used only before the expiry date noted in the permits. That means all permits will eventually lose validity beyond the given expiry dates.

The China Boom in Remanufacturing

Ten years ago, statistics reveal there were thousands of cartridge remanufacturing businesses in China. The aftermarket prospered so well domestically that the printer OEMs were only ever able to capture 40 percent of the total supplies market.

Remanufacturers looked for the empties in the booming markets of North America and Europe where the OEMs enjoyed a market share of up to 70 percent for monochrome and 90 percent for color.

Printing consumables industry chains were formed in the Pearl River Delta close to Macau and Hong Kong, Other clusters emerged in the Yangtze River Delta and Bohai Rim. Remanufactured products were exported to more than 120 countries and regions around the world. It was surely a triumph for the Chinese aftermarket to achieve such a result.

For this reason, two imaging supplies-dedicated trade exhibitions were born. ReChina Expo in Shanghai was the first
to become the largest industry event in the world surpassing World Expo in Las Vegas. RemaxWorld Expo was born in Zhuhai which had become known as the printing consumables capital of the world. Visitors to the expo would visit the exhibits and then tour the hundreds of factories within 50km of the expo. The expos were full of inks, toners, drums, chips and other component solutions for remanufacturers.

The Necessity for a New Business Model 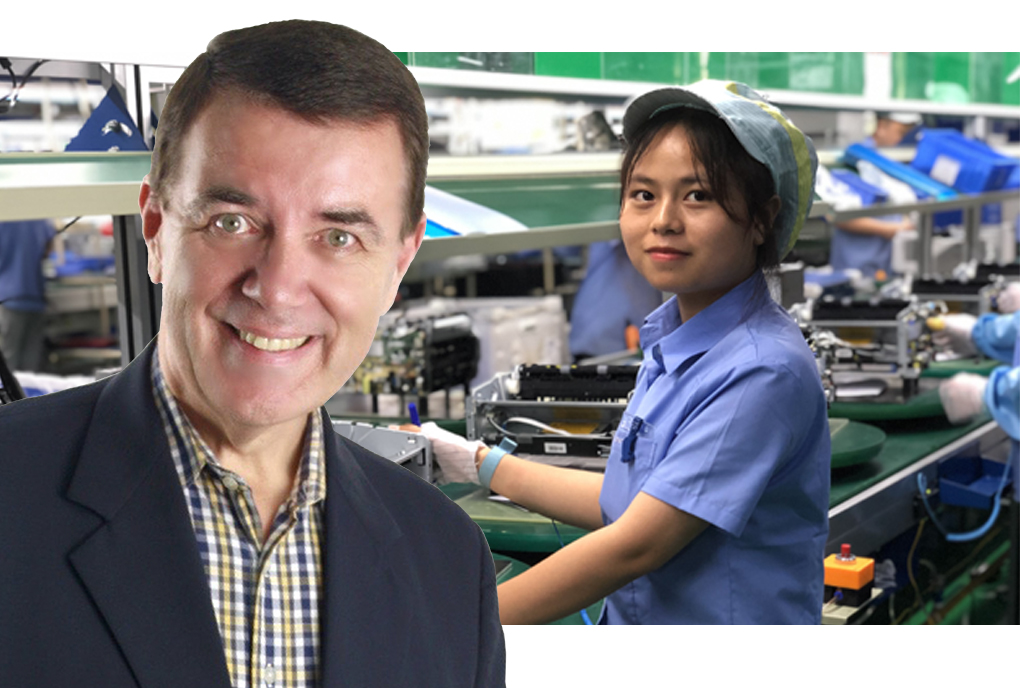 However, the empty cartridge collection programs in Europe and North America became very sophisticated and the larger remanufacturers in those regions captured the lion’s share of cartridge cores. International brokers also started to charge higher prices for the much-in-demand resources.

Chinese remanufacturers certainly could not rely on the domestic supply of empties to obtain sufficient cores to remanufacture. The Chinese government’s tightening on the imports of solid waste was another challenge. What had been a boom for remanufacturing in the years 1990 to 2010 became an impossible business model.

Along with the challenges came the maturation of the global industry in the form of mergers and acquisitions. Since 2011, a steady number of acquisitions occur each year. This was also true for the Chinese aftermarket as well. Through strategic integration, big remanufacturers became bigger and stronger while many small remanufacturers just disappeared from the industry.

In 2021, there are probably less than 100 remanufactures of OEM empty cartridges left in China. Some of the larger companies including the Ninestar Group, the Print-Rite Group and the Hubei Dinglong Group remanufacture OEM empty cores. The real number of remanufacturers, however, is unknown because many of those who are doing so, do not have the legal permits to import the cores.

Since 2011, innovative-minded Chinese businessmen and women looked for an alternative supply solution to supply
the increasing demands of domestic and international markets. After all, all the components needed to remanufacture a cartridge were all now being made in China and all that was needed was the core.

The largest toner and ink, OPC drum and chip manufacturers in the world were now well established in China. The era of the “new-build compatible” (NBC) cartridge arrived. Today, NBC’s have evolved and are able to be remanufactured as well, just like the OEMs. NBC’s are remanufactured in increasing numbers in Russia, India, Africa, Latin America as well as China.

Looking in the long term, the Chinese all know that remanufacturing is the sustainable way to do business. The huge visibility of battery-powered buses, taxis and cars, the operation of clean-burning coal-fired power stations and the like reflects the Central government’s policy to build a more environmentally friendly China.

There will always be a place for remanufacturing here too. ■

** This article, “The Challenges of Remanufacturing in China,” appeared on pages 16 to 18 of RT ImagingWorld magazine which can be freely downloaded.

5 QUESTIONS: Making Microchips IP Safe
Color My World – a saintly experience
Coming of Age Determines What Happens Next
Industry Clicks on Biggest News Stories for September 2020
‘Five Years From Now’ Showed Up Early
That’s a Lot of Toner For a Market in Decline
0 replies