Gunning For Free Speech or Rights to Bear Arms

3D printing came center stage in the summer on 2018 in the United States with the release of 3-D printed gun blueprints on the Internet.

Every major news affiliate carried the story and raised warnings. The guns, printed in plastic, are touted as “ghost” guns because they are untraceable. 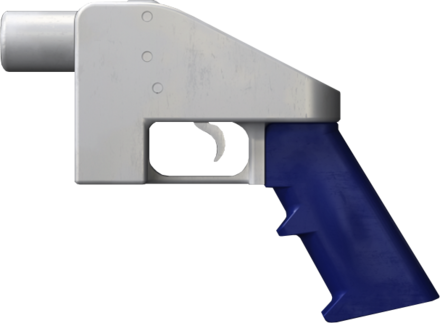 In late July, a U.S. judge blocked the planned release of 3-D printed gun blueprints hours before they were set to hit the Internet, siding with states that sued to halt publication of designs to make weapons that also are undetectable through security screening.

The issues arising from this new technology have rocked the legal community. First, gun control and gun-related issues have always been the purview of the Second Amendment to the U.S. Constitution, which sets forth a right to bear arms. However, the new blueprints for plastic guns, and their publication, are controlled by the First Amendment, which regulates a free press.

The issue is now about the right to pass on information to a global community. The Internet is unforgiving. Once that information is published, it’s out there. And the Texas-based company that designed these blueprints has already released them. That’s what has gun control advocates and all levels of government security officials up in, well, arms.

Eight states and the District of Columbia have filed a lawsuit against the federal government, arguing it acted arbitrarily in reaching an undisclosed settlement with the company in June. The states said online blueprints would allow criminals easy access to weapons. They said the Trump administration had failed to explain why it settled the case and that its decision violated their ability to regulate firearms and keep citizens safe.

Some of the files include 3-D printable blueprints for components that would go into the making of a version of the AR-15 semi-automatic assault rifle, a weapon that has been used in many U.S. mass shootings.

Ironically, the National Rifle Association (NRA), the sworn advocate of gun ownership, denounced the new weapons. “Regardless of what a person may be able to publish on the Internet, undetectable plastic guns have been illegal for 30 years,” Chris Cox, executive director of the NRA’s Institute for Legislative Action, said in a statement.

The irony is that the new plastic guns, while still far less efficient and far more expensive than manufactured ones, could eventually take market share away from the major gun OEMs, who are the lifeblood of the NRA. There are also laws against the guns in place. Under the U.S. Undetectable Firearms Act, any firearm that cannot be detected by a metal detector is illegal to manufacture, such designs for firearms require a metal plate to be inserted into the printed body.

While the printed guns got a lot of media attention, some analysts are shaking their heads. 3D printers capable of producing these guns have not saturated the market. Although more market penetration is anticipated, there are only roughly 6000 machines available that would work.

With more than 300 million non-military firearms on the streets in the U.S., their production would hardly make a dent. Therefore, it will take years for the printable gun industry to gain efficiency and mass productivity. By then, U.S. laws will have hopefully caught up.

Outside of the U.S., the guns are illegal in a variety of countries where gun regulations are in place, such as the United Kingdom and Australia. In Japan in 2014, Yoshitomo Imura was the first person to be arrested for possessing printed guns. After posting 3D gun plans on the Internet, Imura’s home was raided by authorities. He was found with five guns, only two of which were capable of being fired, but he had no ammunition.

You can add your ideas and thoughts on this article, “Gunning For Free Speech or Rights to Bear Arms,” below or directly with Tricia Judge by email