UniNet iColor Printing Solutions’ Technical Director Mike Josiah (pictured) received the Diamond Pioneering Award at this year’s RT Media Global Industry Awards Ceremony held at the Remaxworld Expo show in Zhuhai, China. The award was given to him in recognition of his commitment to researching and writing more than 400 technical articles published in industry trade publications since 1993.  Josiah is also the volunteer chairman of the Standardized Test Methods Committee (STMC). 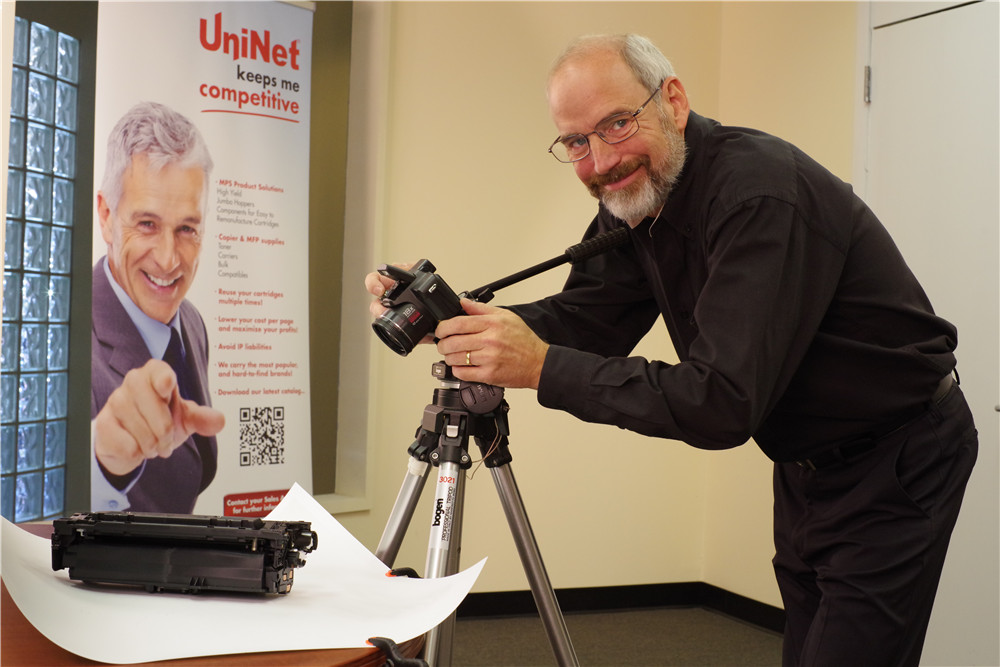 The award is named after Art Diamond, an imaging industry icon who passed away in 2016. Nominations were received earlier this year, and an independent panel of 14 judges from eight countries selected Josiah as this year’s recipient.

“Art Diamond was a legend in the industry throughout my entire career,” Josiah said. “I learned quite a bit about toner and toner manufacturing reading through his seminar information  through the years and I cannot thank him enough for that.  Now to be awarded the Diamond Pioneering Award … well, that’s just amazing.”

The Diamond Pioneering Award goes to an individual whose extraordinary achievements advance the imaging industry.  Glen Diamond, Art’s son, announced this year’s winner via video on behalf of the Diamond family.    He cited Josiah’s “tireless, committed and scholarly research, writing and photography that has produced more than 400 technical articles since 1993 on how to remanufacture toner cartridges.”

Josiah’s love for the imaging industry has been evident to his followers for more than three decades.  “Not many people get to do what they really like for a living and I consider myself very lucky to have been able to do that,” Josiah said. “I was fortunate to get into this industry at the very beginning and to have had the opportunity early on to figure out how cartridges actually work.

“Since then, I’ve enjoyed investigating the many advances in technology and reverse engineering new cartridges as they come onto the market,” he said.  “Many manufacturers have developed their own specific technology over the years and we, as an industry, have had to adapt to those challenges and the technologies that have been brought upon us.  This has certainly kept my life interesting so far and I hope it will continue to do so in the future.”

Josiah, who is well-known for his modest demeanor, quickly credited others for being part of his success.  “I’d like to thank everyone at Uninet for allowing me the freedom to look into what I find most interesting and promising every month,” he said.  “I’d also like to thank my wife Debbie for putting up with all the extra hours I’ve invested over the years and for looking the other way when I was working on vacation.”

The Diamond Imaging Award, while the most pre-eminent, is one of more than a dozen awards presented to imaging industry leaders in the areas of technical, marketing and service leadership. The gala awards show is the high point of the three-day Remaxworld Expo, the global imaging industry’s largest tradeshow, held each year in Zhuhai and presented by RT Media.  Next year’s show is scheduled for October 15-17, 2020.