Who Will We Sell To When the Machines Take Over? Kai-Fu Lee is a global expert on AI technology. He has both inspired and worried me…

Lee sees China rapidly moving forward to become the global leader in AI, and it may well surpass the United States, because of China’s demographics and the amassing of huge data sets.

More worryingly Lee believes AI technology will have the capability to take over 50% of jobs in just a matter of 15-years He does cite, however, there’ll be a 10-year lag before the technology is widely adopted, and where it starts to materially impact the world’s job markets.

Many productivity gains will come from the automation of profit-generating tasks, eliminating jobs for huge numbers of workers. The job losses won’t discriminate, hitting white-collar workers as well as blue. 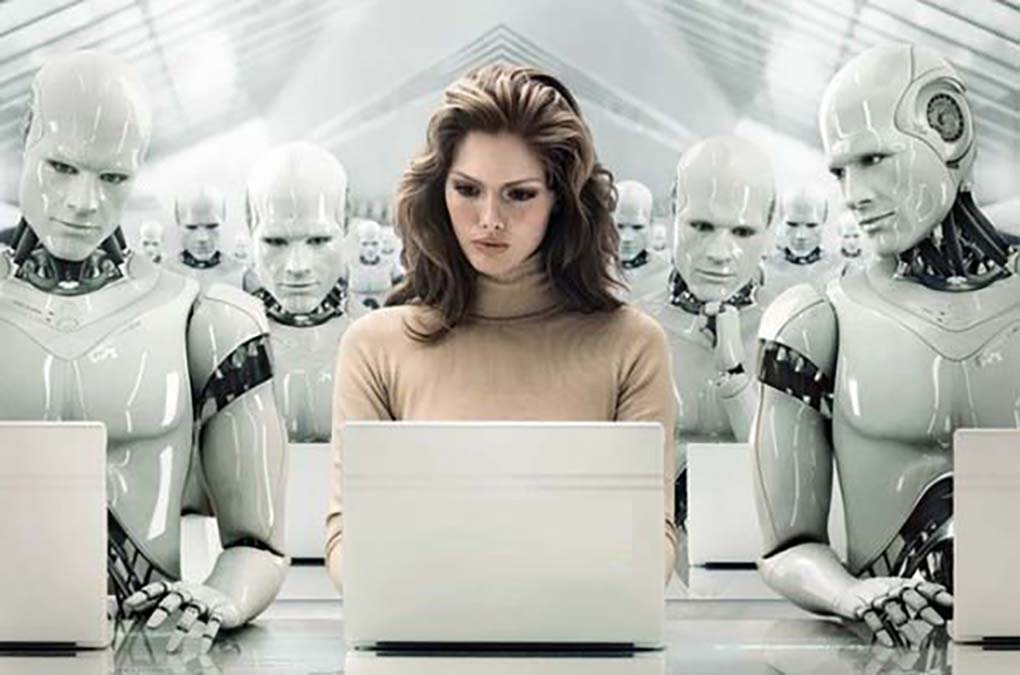 A university degree (even highly specialised ones) is no guarantee of job security when competing against machines that can spot patterns and make decisions on levels the human brain can’t fathom.

Lee warns small businesses, like the one I run, will be forced to close, whilst the industry juggernauts of the AI age will see profits soar to previously unimaginable levels, leading to social inequality.

An example used by Lee is Uber. The on-demand ride business is one of the most successful start-ups in the world and probably is the biggest indirect employer with over 5 million global drivers. Their profits in 2020 were $6.7 billion after giving their drivers 75% of each journey fare.

Imagine a world—which will happen—where Uber replaces its 5 million drivers with AI-controlled driverless cars. Based on 2020 figures, this potentially would increase Uber’s profits four-fold to around $28 billion. More worryingly, this would leave 5 million people without a job too.

Let me remind you that Uber won’t be the only mass employer looking to AI technology to increase its profits. Imagine if Apple didn’t need factory workers to make iPhones or major supermarket chains didn’t have paid cashiers, warehouse employees and truck drivers.

AI technology is creeping in all around us by stealth, just look at self-checkout technology, and walk into any Amazon warehouse to watch the bots crawling all over it to retrieve products for orders. Let’s go back to the topic of autonomous vehicles. What I find interesting is that two other key players in this market have taken different approaches.

Google was the first company to develop autonomous driving technology but has been slow to deploy it at scale. Its philosophy has been to build the perfect product and jump to full autonomy once the system is far safer than human drivers. They have taken the perfectionist approach with a very low tolerance for risk to human lives or corporate reputation. They thought they had a huge head start with plenty of time to get it right.

Tesla, in a bid to make up the ground quickly, has taken on an incremental approach, adding autonomous features as they come available such as autopilot on highways, autosteering for crash avoidance and self-parking capabilities.

The two approaches are powered by the same thing that powers AI: data.

Self-driving cars must train on millions of miles of driving data, so they can learn to identify objects and predict movements of cars and pedestrians. This data will draw from thousands of different vehicles on the road, feeding into one central brain, which is the core collection of algorithms that power decision making across the vehicle fleet.

Google took a slow-and-steady approach to gather data, driving around its own small fleet of vehicles equipped with very expensive sensing technologies. Tesla installed cheaper equipment on its commercial vehicles, getting Tesla owners to gather the data for them when they used certain autonomous features.

The different approaches led to a massive data gap between the companies. By 2016 Google had taken 6 years to accumulate 1.5 million miles of driving data. In 6-months Tesla accumulated 47 million miles.

In this drive towards a technology-driven world there is a moral question: are mass global employers like Uber, Google and Tesla likely to care about people’s livelihoods? Or are their leaders simply interested in increasing profits and appeasing shareholders?

The print imaging industry won’t avoid AI either. Factories are already replacing workers with automation and robots, and this will only continue.

Furthermore, automation and robots’ level the playing field when it comes to salary costs, as once you’ve spent the initial cash on the technology, the cost of manufacturing is the same wherever you are in the world.

Currently, the big brands for print imaging supplies are manufactured in countries where wages and the cost of living are relatively low, but in the future (due to levelling the salary playing field) you may find manufacturing being relocated to the brand country of origin.

What’s going to happen long term though in this AI-powered world? Will imaging supplies still be required? Will there be a universal credit payment for the mass unemployed?

… and who are we going to sell to if the machines have taken over?

He has become a trusted advisor for small organisations across the world. Turner invites you to chat with him about your business, reaching out to him on LinkedIn, email or on the phone at +44-7887-548523. Especially on this topic: “Who Will We Sell To When the Machines Take Over?”

Please add your comments below about Darren’s post, “Who Will We Sell To When the Machines Take Over?” or go to LinkedIn and join the social media conversation.

Show Me the Color in Latin America Colorless: The Day Businesses Stopped Printing in Color
Scroll to top