Walking the Plank with Pirates 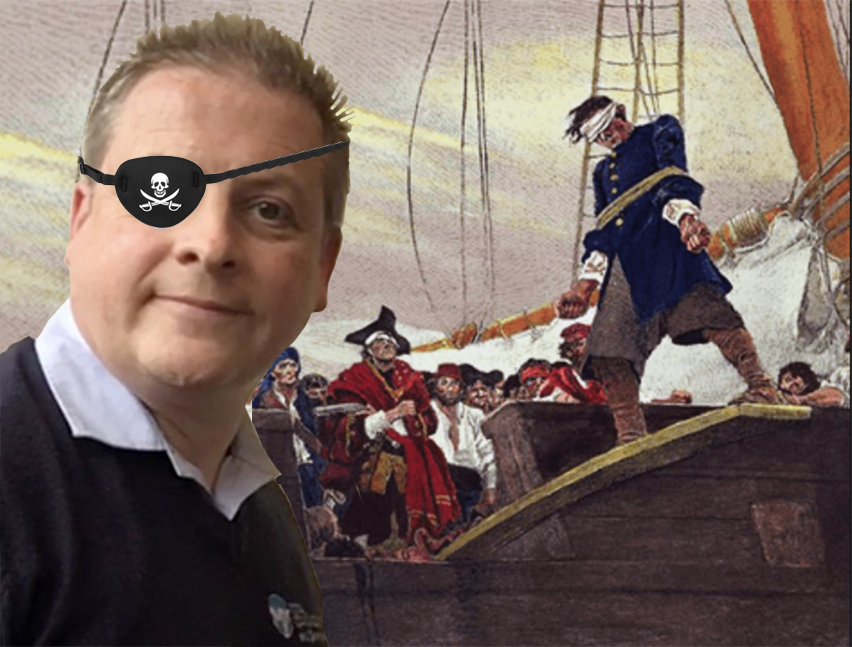 Business (even today) can learn so much from Pirates…

As Peter Leeson details in his University of Chicago article (The Law and Economics of Pirate Organisation), the economic situation confronted by pirate ships crucially shaped their organisation.

Pringle (historian) described a pirate ship like a “sea-going stock company”. As a result, they needed leadership in the form of a captain.

Many important piratical decisions (how to engage a potential target, how to pursue when chasing a target or being chased by authorities, and how to react if attacked) required snap decision making.

There was no time for disagreement or debate, and conflicting voices would have made it impossible to undertake essential tasks.

Pirate ships, like all ships, needed some method of maintaining order, distributing food and payments, and administering discipline to unruly crew members.

The office of captain overcame such difficulties by having autocratic rule over these matters placed into the hands of an authority to achieve their ends, of plundering other ships.

The need for captains posed a dilemma for pirates though. On the one hand, a captain who wielded unquestioned authority in certain decisions was critical for success.

On the other hand, what was to prevent a captain with this power from behaving badly toward his pirate crew (team)?

Since pirates jointly owned the stolen ships they sailed on, although they required captains (unlike merchant ships) they did not require autocratic captains.

In sharp contrast to the situation on merchant ships, pirates could and did democratically elect their captains without a problem.

Pirate democracy ensured pirates got precisely the kind of captain they desired.

Because pirates could popularly depose any captain who did not suit them and elect another in his place, the ability for a captain to prey on his crew members was greatly constrained.

Similarly, because pirates were both principals and agents of their ships, they could divide authority on their vessels to further check captains’ ability to abuse crew members (teams) without loss.

The primary “other officer” pirates constituted for this purpose was the quartermaster.

Captains retained absolute authority in times of battle, enabling pirates to realise the benefits of autocratic control required for success in the conflict.

However, pirate crews transferred power to allocate provisions, select and distribute loot, and adjudicate crew member conflicts to the quartermaster, whom they democratically elected.

This separation of power removed captains’ control over activities they traditionally used to prey on crew members (teams), while empowering them sufficiently to direct plundering expeditions.

Walking the Plank with Pirates

Crews (teams) could vote captains “out of office” for any number of reasons. Predation was one, as was cowardice, poor judgment, and any other behaviour a crew did not feel was in its best interest.

This helped create competition among pirate officers that tended to check their abuses and encouraged them to serve in the interests of their crews.

Pirates took seriously the limitations they imposed on captains’ authority through their system of checks and balances.

The seriousness pirates sought to limit their captains’ power is reflected in other ways too.

On pirate ships, captains were unable to secure special privileges for themselves at their crews’ expense. Their lodging, provisions, and even pay were nearly the same of ordinary crew members.

This decentralisation of authority and elimination of captain privilege aboard pirate ships was a radical departure from conditions in the legitimate maritime world.

Observers were shocked at the incredible absence of hierarchy aboard pirate ships because every person in the team had as much say as the captain.

This team autonomy helps explain why the people they captured were generally glad for an opportunity to join them.

History details the fact that pirates frequently strengthened themselves with a great many fresh crew (team) members, who mostly entered voluntarily.

Like pirates, we give our office technology solution team autonomy, and to be part of the decision-making process for critical areas of the business, which effect service delivery to our customers.

But after studying the democratic way pirates demote and choose new captains, we as business leaders had better look after our team’s interests while steering the business towards its vision.

… otherwise, your team (crew) may make you walk the plank!

He has become a trusted advisor for small organisations across the world. Turner invites you to chat with him about your business, reaching out to him on LinkedIn, email or on the phone +44-7887-548523

Having Perfect 20-20 Vision – Berto looks ahead to 2020
Some Leaders See Bright Future – Berto needs sunglasses
Cartridge Recycling Provides Choice – Berto chooses reuse
2017: There Will Never be Another One
Seven Reasons For Having a Digital Marketing Strategy
Best Position Ever – Serving Customers During an Economic Slowdown
0 replies