The HP Trojan Horse to Capture Your Customers 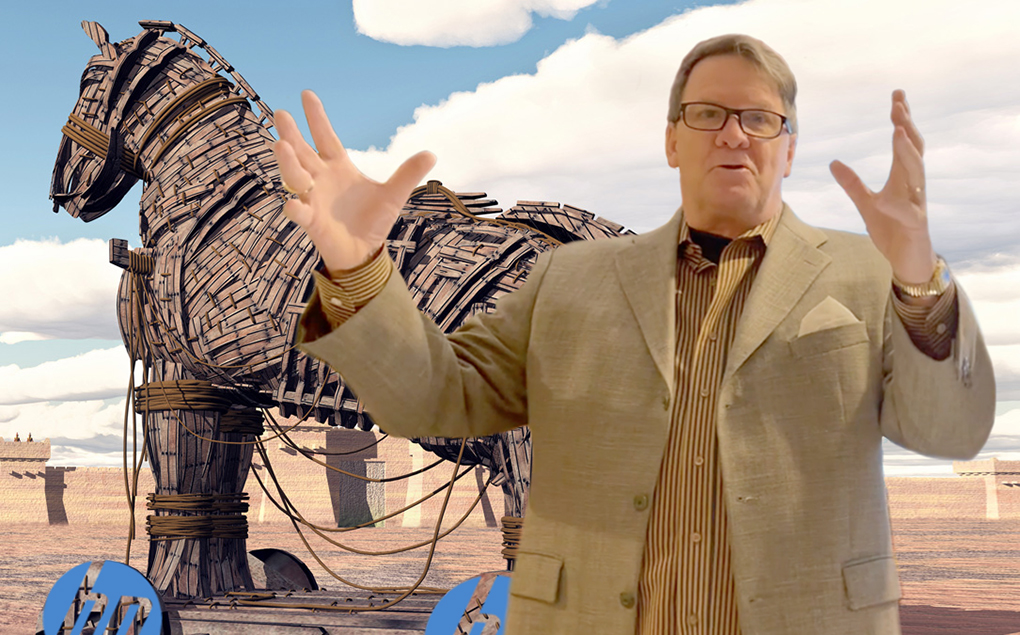 You know I’ve been thinking about HP in their quest to disrupt the A3 marketplace with their own A3s.

You know what? There could be more to this story.

I started to really imagine what HP could be up to.

I’ve got to be honest with you: sometimes I have wondered, what was HP on about when it talked about disrupting the A3 marketplace with their A3s?

You know that’s what I was thinking. It makes sense. It is logical.

So, I started thinking, “Maybe HP is not really delusional. Maybe they’re being opportunistic. Maybe they see an opportunity by fooling everybody about A3.”

Let’s look at the facts:

Collecting Data from Dealers About End-Users

I want you to think about HP and another important word: data collection.

As I talk to dealers around the USA they tell me more about that HP Amplify contract. They say that HP is wanting to know a lot of information about their customers. “HP wants us to give a lot of data,” they tell me. And they don’t really like doing that. There’s one thing I know about independent dealers and that is they like to stay independent. Otherwise, they could just go and work for HP.

They don’t want to work for HP. They want to own their own company. They want to provide products, supplies and services to end-users on their terms. That’s why they are entrepreneurs. They don’t want some over-reaching OEM telling them what to do all the time… or taking their data. Sooner or later, that data could end up in HP’s hands.

What they’re forgetting to add about ‘knowing your customers’ is what they really mean: “It’s important for us to know your customers.”

Of course, they could never say that at the convention. The dealers would want to know, “What do you mean by ‘you want to know our customers’?”

At the end of the day, that Amplify contract looks more and more like: they want to know your customers. I have an issue with that and I call it the Trojan Horse Model.

Is HP thinking about these A3s as being like the Trojan horse?

Think about this. HP wheels the giant A3 Trojan horse device into your customer’s office. But inside are all the A4s. Inside is ‘e-commerce capabilities’. That Trojan A3 horse is just sitting in that office, taking its time, collecting some data for HP. They are getting to know your customer and you don’t even know about it. And they’re in there selling supplies to your customers for their other programs that are outside of the contract. They’re doing all kinds of things. 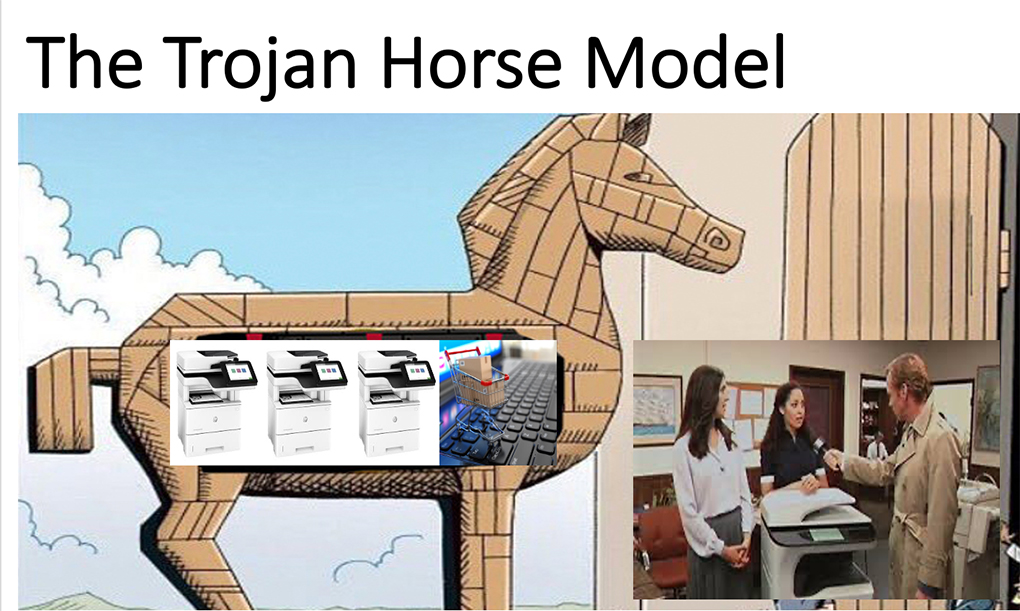 HP is just waiting for the time when those A4s, that have won all the reliability awards, and have so few parts they don’t need the dealers to deliver them. The devices will be set up by simply pulling them out of the box and plugging them in.

Guess what? A lot of them can do that right now.

So that’s the question: Is the HP A3 obsession really a Trojan horse to get inside those resellers accounts?

Just think about it because there are other manufacturers you can do business with. If you need A4, just call Lexmark, for example. It’s that simple and I know they are not over-reaching. There are plenty of A3 manufacturers out there and you don’t need to date the one that is going to disrupt the industry—especially when you know the industry’s going from A3 to A4.

That ought to tell you right there they’re not the smartest partner to deal with.

Let me ask you to think about it: in a competitive environment in a consolidated industry, do we really want to have a Trojan horse at our customer’s office?

Watch Ray Stasieczko with his daily “At the End of the Day with Ray.”

Have you found this article, “’The HP Trojan Horse to Capture Your Customers” helpful?