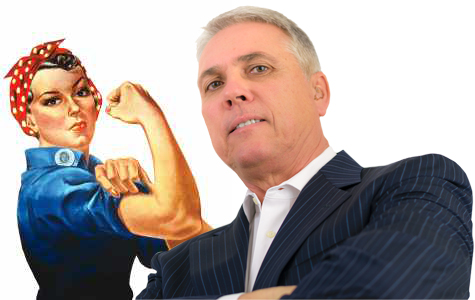 There is nothing a girl, I should say, woman, cannot do. Seriously.  It’s true. And of course, the mantra is the same for boys who turn into men. We sit them down for a serious chat about the future and whether boy or girl, young woman or young man, we all preach that with hard work, determination and lots of effort they can achieve, well, anything.

It’s kind of funny that only recently I sat my soon to be 15-year-old down for the serious chat. “You can do anything, and now is the time to start thinking seriously about what you want to do, line up the subject courses and the colleges or universities that will get you the qualifications you need,” I said.  Of course, it is like talking to a brick wall.  He has no idea what he wants to do. Xbox, Xbox, Xbox is what consumes all his free time.  Is there a fortune to be made for being an Xbox addict? I wonder.

Ada Lovelace was a genius mathematician who wrote instructions on how to build a computer 100 years before the first computer.

Take Ada Lovelace, for example. Ada was the daughter of Lord Byron. She was a genius mathematician, who wrote instructions on how to build a computer 100 years before the first computer was ever built. In 1840, Ada’s mentor Charles Babbage asked her to translate an article about a device he was creating called an “analytical engine,’ a prototype computer. Ada Lovelace went above and beyond her task by adding detailed notes to improve the article suggesting code should be written to program the “computer.” She published her ideas in 1843 but received no credit at all until the 1950s. It seems the computer could have been invented a lot earlier if someone had listened to Ada.

Josephine Garis Cochran was the inventor of the first automatic dishwasher.

All men should be grateful to Josephine Cochrane. Why do you ask?  She invented the dishwasher in 1893. It was hand-cranked until Kitchen Aid picked it up, modernized it and put it into millions of households worldwide. Think of all those arguments she prevented: “It’s your turn.”

“Yes, it is your turn to do the dishes.”

Now we just fight about whose turn it is to load the dishes into the dishwasher.

In 1903, Mary Anderson, invented windshield wipers, while on a bus with no windscreen for the driver, on a freezing cold day.

What about Bette Nesmith Graham, ever heard of her? She invented White Out (Liquid Paper).

Patsy O’Connell Sherman dropped chemicals in her lab at 3M, splashed her shoes and invented Scotchgard. What about Victoria Woodhull? She was the first woman US Presidential candidate in, wait for it, 1872. Finally, what about Maud Wager? It seems she was the first female celebrated tattoo artist in the U.S. in 1911. No, I had never heard of her either, but it proves a point that women have always been able to do anything they have wanted to do.

In our industry, you do not need to look that far back to see the list of powerful women who one way or another made their marks.

Anne Mulcahy became CEO Xerox in 2000, with talk of bankruptcy in the air and US$18 Billion of debt. With determination and persistence and belief in the Xerox culture, she succeeded in paying off the company’s entire debt. In 2010, Mulcahy handed over Xerox to Ursula Burns, who carried on the program to return Xerox to a viable and profitable business. Burns was the first black woman to lead a Fortune 500 company and was also once named as the 22nd most powerful woman in the world.

Carly Fiorina, ex CEO of HP, Ginny Romelty CEO of IBM, Margaret (Meg) Cushing Whitman, former CEO of HP are among thousands of businesswomen who have taken the flack, and the credit when due, in their tenures as leaders of OEMs in our industry.

The old saying “you can’t keep a good man down” well and truly, equally applies to the fairer sex.