Once Upon a Time There was a Candlestick Maker

Once upon a time, shopping was not allowed on Sundays in the UK, save for a few perishables like bread, eggs and milk. Stores closed up Saturday night and the owners rested until Monday.

It was inconvenient but rules are rules and you lived with it. Pubs closed earlier on Sundays under some premise that you had too much Saturday and you have to go to work on Monday. It was a very different era, and most accepted it for decades without rancor.

Now, of course, its “buy, buy, buy”, morning, noon and night. You can go online and purchase almost anything from your armchair and have it delivered the next day.

The corner shop that used to sell almost everything has all but gone, making way for express grocery chains that take your order online and have it waiting for collection or for free delivery.

Pregnant and unmarried girls used to be carted off so society did not have to face the shame with them, with many returning alone with stories of staying with aunts and uncles, while secretly getting adoptions or abortions. Life then carried on much the same.

Times change of course and rightly so. None would want to be a cave dweller. However, with change come winners and losers. The candlestick maker, the milkman and yes the corner shopkeepers in their aprons and caps were losers. Early adopters of the new ways became winners having taken the gamble and pressed us to enter the 20th-century.

Nothing stays the same in our 21st-century modern world either. If you are not an early adopter then you are destined to become a dinosaur in denial. Get this app, download that app, read this tweet and share this tweet.

Getting stuck in the past and not embracing the change meant lost opportunities and high risk. The clued-in ones enthusiastically jumped aboard, having got their feet wet, or their toes burnt, ready to move forward.

The trouble is, the new world age gets reinvented almost every day. What was “ok” yesterday is not “ok” today. If you have plenty of cash in your pocket, for example, have you not heard about the cashless society? 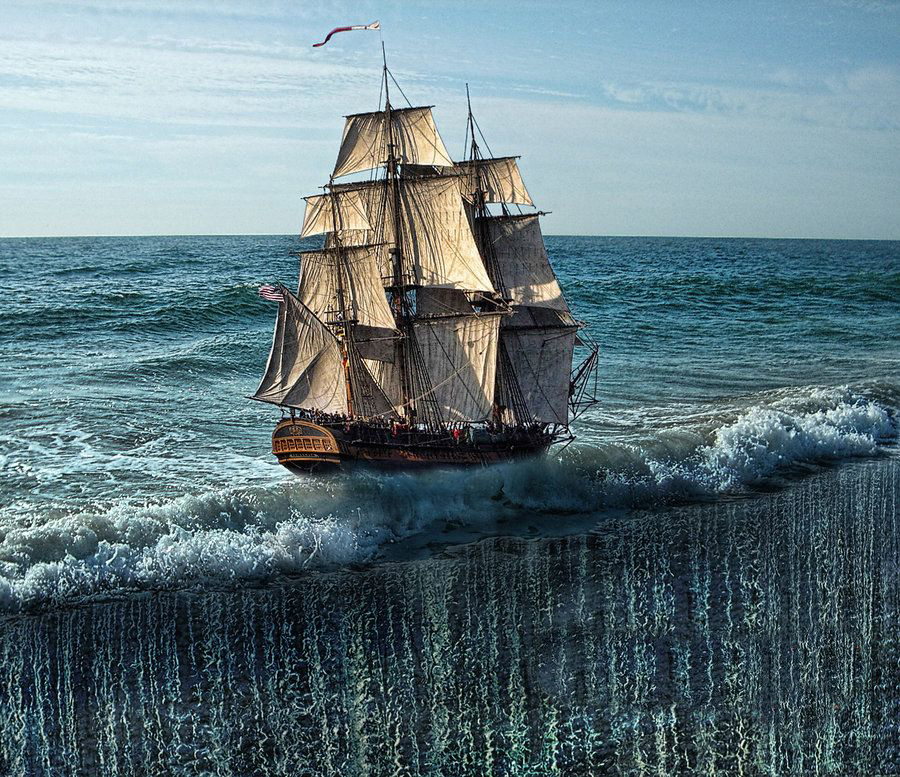 Do we relentlessly hold on to old world views in the midst of change all about us?

In the dark ages after the collapse of the Roman Empire, and before the Renaissance, most in Europe thought the world was flat. They didn’t seem to care much about it so long as they didn’t stray too close to the edge and fall off. Yet Ptolemy wrote a book called Geography at the height of the Roman Empire, 1300 years before Columbus set sail explaining in graphic detail that the world was in fact round. Yet it wasn’t accepted by the masses, and the entrepreneurial travel agents of the day failed to capitalize on round-the-world trips.

Yes. Change is all around us. Our industry has changed too—not “changing” as it used to be said. Early adopters have made good or burnt their toes. For those that remain and who fail to spot what has changed: time, I fear is running out.

If what you are doing makes you a small fortune and you are fat and happy, you do not need to do anything. You can carry on regardless.

If like the vast majority, you are not fat and happy and not making the profits you need or want, you must change NOW. Immediately do something different before it consumes you and it’s too late.

End-users are end-users and they will not go away. However, resellers, dealers, MPS providers, distributors, VAR’s, BTA channel members, cartridge remanufacturers, NBC makers and OEMs better adapt to the channel changes fast or get left behind.

A Brief History of Copying
Naughty or nice this year? Berto checks in with Santa
Seven Reasons For Having a Digital Marketing Strategy
Colorless: The Day Businesses Stopped Printing in Color
Russian Printing Supplies Market Update
Is it a Blip or Everlasting?
0 replies

They are Getting Even Smaller – Berto spies a tiny printer The Latest Dongle Gear Actions: Canon’s Checkmate
Scroll to top