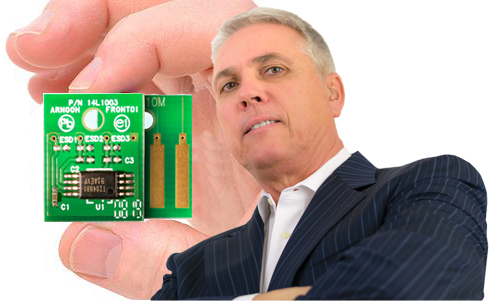 Pioneers – Just What We Need

Throughout the history of the imaging aftermarket, pioneering component manufacturers have stepped up to the plate to deliver whatever the industry needed, at precisely the right time.

Founding CEO of Static Control, Ed Swartz (1935-2013) is considered to be one of the best-known pioneers of the imaging aftermarket

Most are, or were, smart engineers with an eye for an opportunity and a big entrepreneurial spirit unencumbered with a fear of failure that most mortals possess. These pioneers played a major role in shaping the industry’s continuing success. They invested from the outset, not knowing if they would ever get a return on that investment. Some, unfortunately, are no longer with us like Claus Turbon, Ed Swartz, Alan Howard and Lester Cornelius. Some are still alive and involved in pushing their companies to develop the next range of much-needed products, like the Chairman of Imex, Akira Kitaoka.

Without the supply of third-party toners, OPCs, magnetic rollers, developer rollers, cleaning blades, bushes, end plates, chips and other components the remanufacturing industry would have fallen long ago.

There was a time when empty cartridges were as “cheap as chips” and not so difficult to find. Remanufacturing offered the only choice for end-users to save money when buying a replacement cartridge. Today, empty cartridge brokers have mostly been snapped up by Clover, Consequently, empty cores—the lifeblood of the industry—started to become difficult to find and much more expensive.

Some in the embryonic industry veered towards selling remans to the same resellers who were also selling OEM products rather than “stick the course” for direct end-user business. This strategy stripped profit margins out of the equation and replaced it with bigger orders and bigger volume for less money. This immediate pressure of reduced margins at the reseller level flowed through to the component part manufacturers who have relentlessly chanted for lower prices ever since, crippling some and shuttering others.

The used, empty cartridge was the weak link for many years. If you didn’t have an empty cartridge you couldn’t play in the game. Clover, the largest remanufacturer in the industry, devised a very smart strategy. They controlled the availability and price of empty cartridges. By so doing, they created major advantages to grow their business. However, that Aftermarket monopoly came to an end. Today, with the advent of new-built cartridges (NBCs) the once much-needed empty is no longer needed. The NBC product has become a game-changer and Clover’s advantage has all but gone.

Not every remanufactured cartridge is of good quality. However, many are. Similarly, we cannot assume every New-Built Compatible (NBC) manufacturer makes infringing products. The best, however, always rise to the top. Consequently, OEMs will sue at every opportunity so those who do infringe will eventually pay the price, including those resellers who bought NBCs from the wrong company.

The weakest link today is, of course, the chip. Without the chip, there can be neither remanufactured cartridges nor NBCs. Consequently, the development, manufacture and supply of chips require brave decisions from entrepreneurs. From the outset, they don’t know how long development might take. There is no certainty that a chip can even be produced. The smaller, boutique chip developers, still involved in the industry, now race to get their chip solutions to market. They must compete against the large, well-funded, stock market listed companies that stop at nothing to get there first in order to monopolize and control the Aftermarket.

Fortunately, we still have pioneers who invest and push hard to meet the technical and IP challenges to provide products for our industry without trying to monopolize and control the market. One such pioneer is UII’s Steve Miller who has provided an alternative Lexmark chip, relieving the industry from a crippling monopoly. It’s just what we needed.

Another One Bites the Dust
Remanufacturing Printer Consumables in India
Indian Aftermarket Reacts to Border Clashes with China
Striving for Into Africa
International Buyers Visit RemaxWorld – Berto joins the line
Doing Business With China – Where is my egg roll?
0 replies