You are here: Home /Blogs/Keeping Up/Pigs Can Fly – can you really believe everything you read?

The way we communicate has changed. It’s instant, impactful and it’s made us all smartphone junkies. Our smartphones are the all-in-one device that connects us to the shrinking world in which we live. Endless streams of information pour in: emails and messages for work and breaking news that informs and influences our politics and opinions. It all forms a part of our information appetite. 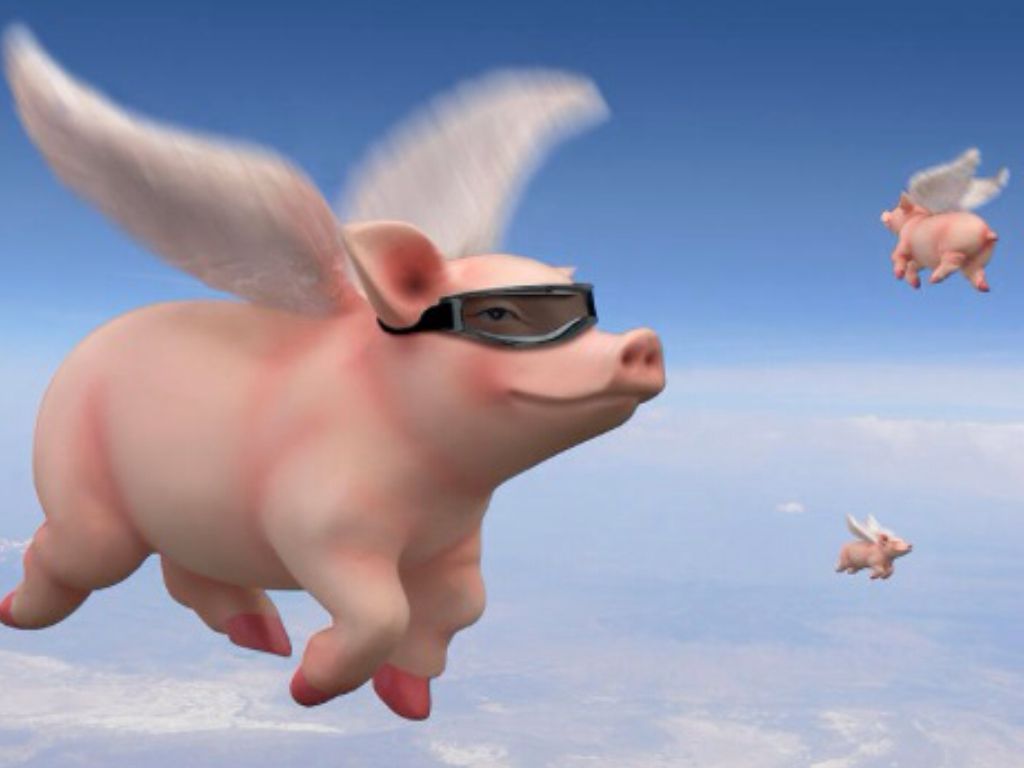 Wouldn’t it be great if all of this “stuff” was true, accurate, reliable and useful? Of course, it isn’t. While the best of it is well-intended and can help us to become more knowledgeable and productive the worst of it is the complete opposite leading us to become ill-informed and somewhat controllable to someone else’s ulterior motives.

The business of lying has never been more profitable than it is today. The internet information highway is the path to your brain and there are many out there using it to influence us for personal gain.

Lying and cheating are considered to be socially acceptable means to get to the top—so long as you don’t get caught!

It’s all about how the story is spun to the gullible to make the scam profitable. In the U.S.A right now, some rich and famous people are being exposed for cheating the system in order to get their kids into elite universities. The kids are made out to be athletically or academically gifted when in reality another gifted child has been paid to take the exam instead. Kids are being thrown out of universities as a result and parents are looking at doing time. However, I am sure if they throw even more money at good attorneys, they will get off lightly. What has the world come to?

How many emails have you received that could have been scams? The scammers want your personal details, credit card information and bank account numbers. Be honest, how many times did you fall for it only to realize it was all phony? We have all endured such educational experiences since we became a part of the smartphone generation.

For the most part, we generally give the benefit of the doubt to strangers who reach out offering to help us before scepticism takes over. However, when we know the sender we are inclined to agree and maybe not question as much as we need too. However, Donald Trump is managing to fix all that single-handedly. On a daily basis, he lies before the world’s cameras and is routinely called out. He never acknowledges his shortcomings and gaffs and as a result, we are all turning into sceptics and nonbelievers the moment he opens his mouth.

The truth be known we get fed “B-S” from every direction by those who would profit from it.

Closer to home we are fed the “B-S” that all cartridges from China are clones, patent infringing, poor quality and cheap. Stay away they say and buy locally-made remanufactured products. Be safe and pay more. I added the “pay more” because it’s true. Patent Safe Compatibles are here to stay and those who do not have the technology or ability to make them are stuck selling the remanufactured variety. Hence they push their lying messages for self-preservation. If they said pigs can fly would you believe them? Of course not. “Trust but verify'” as another US president once said.

US patent 8588646 is the new focus. LD Products was recently sued and there’s more to come for sure. There has been a Patent Safe Compatible solution available for almost two years, and that is a true fact.

Editor: It’s Often True… But Not Always True! Maybe pigs can fly. Change, however, does bring opportunities for those ready to see and ready to pounce. Read more what Steve Weedon has to say on change in the industry.