You are here: Home /News/Aftermarket/HYB Releases Remanufactured Fuser Units for HP and Xerox 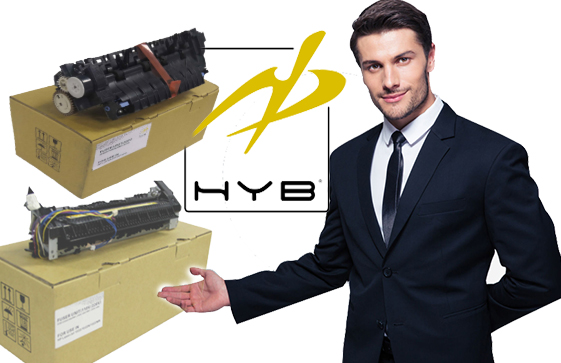 HYB claimed that the new releases are produced and available in HYB remanufacturing factory in Zhuhai. “They were professionally engineered and configured to perform the high-quality printouts for your HP and Xerox machines. We produced the products aiming to deliver outstanding quality, dependable results, effective cost control instead of 100% high cost you paid for the genuine products,” so says Kim Lee, sales director of HYB.

The company insists to offer finished photoconductor units, fuser units on basis of rebuilding OEM shells in order to maintain stably high quality and high precision of fitting and functioning in the printers or copiers.

Furthermore, HYB takes the advantage of its well-constructed global supply chain to get the most suitable and durable spare parts for the rebuilding of their configuration. As a result, the HYB remanufactured photoconductor unit (drum units), fuser units have been preferable choices for dealers, distributors who are used to OEM products. Please leave your comments to the story “HYB Releases Remanufactured Fuser Units for HP and Xerox” below.