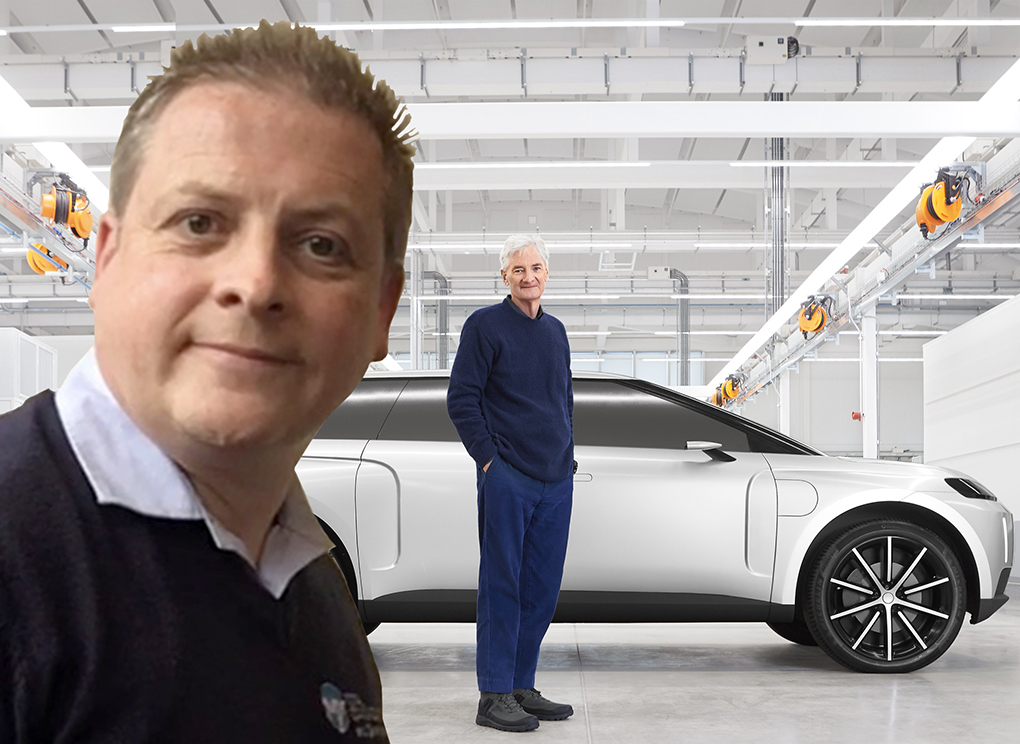 How I Blew Half a Billion Bucks on a Car

—why you should never try to deliver a technology that’s not needed in the first place.

I try to learn from the success stories of certain entrepreneurs… from people like Richard Branson, James Dyson, Elon Musk and even Jeff Bezos.

It’s not so much about “liking” them as people. It’s about respecting what they have created and achieved.

Each of these individuals has a brilliant mind and has risked everything in the quest to create something marvellous.

That said, even these successful people have gotten caught up in the moment and have not been able to see what the market needs at a particular time. The saying goes, “couldn’t see the wood for the trees.”

Some talented people believe if you build it, the people will come. However, the product or service still needs to solve a problem, make our lives easier or save a bucket full of cash.

Let’s look at Sir James Dyson and his quest to build the best electric car in the world. Like he’s done with the vacuum cleaner and the hairdryer.

I believed Sir James was doomed from the start. Why? Because he had set the bar too high in what he perceived was the correct entry-level requirement.

According to research conducted by the British roadside assistance service, RAC, most drivers only drive an average of 30 miles (50km) a day. And they only embark on one long 600-mile (1,000 km) return journey once a year.

This research also indicated most drivers wouldn’t give up their fossil-fuelled cars until the range of electric vehicles got close to this magic 600-mile mark.

Armed with this information, Dyson set off on a journey of discovery, and along the way completely redesigned many aspects of the traditional motor car.

The most distinctive features on the front of a Dyson are its slim headlights and the narrow air intakes, and on the flanks are the curved bodywork creases that orbit the car’s wheel arches.

Dyson ditched conventional door mirrors. In their place are stalks with rear-facing cameras, which would have provided video feeds to a pair of screens on the car’s doors.

Dyson had also designed an uncluttered cabin. The seats are the most striking feature, with Sir James saying he wanted to move away from the “1930s armchairs” cars today have.

“We wanted a more elegant, structural seat, with well-considered posture support,” he said. “When you sit in this, it gives you that support in all the right areas. The car has three rows of seats, capable of seating seven adults in comfort.”

According to Dyson, the electric SUV was meant to ride on huge 24-inch wheels, claiming this would have improved the ride quality and allowed it to ride ‘more easily’ over potholes and speed bumps.

Dyson had developed its own powertrain. However, little is known about it, other than it’s Dyson’s own design. The car would come with two, one powering the front and the other the rear.

While Dyson hasn’t revealed many details on the electric battery technology, it confirmed the car’s battery pack compartment was designed with multiple battery pack sizes in mind, with the largest, allowing a range of up to 600-mile on a single charge.

Then, in 2019, Dyson announced they were scrapping plans to build an electric car. The company had invested hundreds of millions in getting the project up and running and the car was expected to go on sale in 2021. “As a technology-based car – being developed by a non-automotive company – we realised that our car was suddenly no-longer commercially viable.”

Most of the associated cost in developing this vehicle had been associated with the battery technology, and the desire for Dyson to produce a vehicle with a 600-mile range.

Like with Dyson’s other products, he wanted to make it the best in the market. But his set-in-stone requirement of a 600-mile range massively increased development costs. After doing his sums it meant the sale price would have been much higher than the market would pay.

In my opinion, the range issue was foolish: most people will never do a 600-mile journey. And, with the right planning, a quick blast on a rapid charge point mid-journey will give you the extra boost you need.

Looking at the market today, most electric vehicle manufacturers provide options from a 100-mile range up to a 300-mile range. With home, workplace, and public charging available, this works.

When buying his vacuum, hairdryer and straighteners people were willing to pay double the competition’s price based on performance. But an electric vehicle is just not worth the double price just to get an additional 300-mile range.

If you are designing a product or service, you’ve got to price it according to the value it provides against what the market will pay.

It’s the same with office technology solutions. Developing and pricing something for the home is completely different than for the workplace, as workplace solutions get worked hard.

But it goes back to the same thing we started with, whatever it is you develop it’s got to solve a problem, make life easier or save a bundle of cash.

…and you should never try to solve a problem that’s not there in the first place.

** This article appeared on pages 18-19 of RT ImagingWorld magazine which can be downloaded for free.

He has become a trusted advisor for small organisations across the world. Turner invites you to chat with him about your business, reaching out to him on LinkedIn, email or on the phone at +44-7887-548523. Especially on this topic: “How I Blew Half a Billion Bucks on a Car.”

Please leave your comments below about Darren’s post “How I Blew Half a Billion Bucks on a Car.”