The Urge to Pay Attention to the Environment 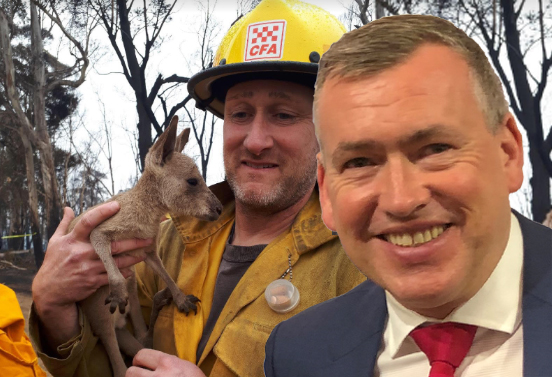 The raging bush fires in Australia captured the attention cross the planet. More than 200 of them have burned through Approximately 7,700,000 hectares (19,000,000 acres) forcing over 100,000 to flee their homes. More than 20 people have burned to death, and half a billion animals have perished. Seeing images of Navy ships evacuating people from beaches, you’d be forgiven for thinking it was a war zone. Maybe it was.

CBS News meteorologist and climate specialist, Jeff Berardelli, puts this environmental disaster down to a natural weather pattern (“Indian Ocean Dipole”) that has been intensified by climate change.

Although some changes to the earth’s climate are natural, current changes are caused by increasing human activity. Our behaviour as producers and consumers results in a build-up of man-made gases in the atmosphere. This traps the sun’s heat, causing global warming which changes the weather patterns around the world.

We pull resources out of the Earth. We use them to make things. We use those things, sometimes only once. Then we throw them away. This is the Linear Economy. For a long time, it seemed as if raw materials and the Earth’s resources were infinite. They’re not. So, unless we change, we’re going to run out, and in the process, destroy our planet.

The Linear Economy must change to a Circular Economy. Three things must happen. First, waste and pollution must be designed out of products. Second, products and materials must stay in use for as long as possible. Third, when it is no longer possible to extend use, products must be recycled to regenerate natural systems.

Those of us in the laser printer cartridge business know that users have three choices: original (OEM), remanufactured (REM) and new build compatible (NBC).

The REM option is currently most closely aligned with the Circular Economy because of the strong re-use element. REM is the ultimate form of recycling because it captures the value originally added to the raw material by labour, capital equipment and the manufacturing process itself. Whereas, recycling simply reduces a product to its elemental value to recover constituent raw materials.

The OEMs focus on recycling only. The motives for their Collection Programmes are questionable. Are they about the environment? Or are they about removing used cartridges from the supply chain to deny remanufacturers their most critical resource? Experienced engineers in the aftermarket point to many aspects of OEM cartridge design that are barriers for remanufacturers and clearly indicate an intentional single-use product model.

NBC’s are not designed for re-use nor are they accompanied by recycling programmes. They would appear to currently be the option furthest away from the Circular Economy.

European remanufacturers often complain that NBCs do not comply with WEEE, REACH or other EU Regulations. They also complain that such regulations are not enforced. Most industry leaders I speak to don’t believe that regulators will act anytime soon.

Those working hard to promote the Circular Economy argue that it is not only the environment that will benefit. They debunk the argument that a thriving economy and sustainability are mutually exclusive. Technology, not regulation will be the driver for change. It’s already happening in other sectors. Instead of fossil fuel energy and large-scale manufacturing, we have renewable energy networks, digital platforms and 3D printing.

Whether from the OEM, REM or NBC communities, imagine the competitive advantage that would be established by innovative players that design in re-use to their cartridges and facilitate it with a global network of local repair centres, eliminating the footprint of bringing back empty cartridges to the other side of the work before shipping new or remanufactured products back the other way. Then imagine the global cost reductions and the increase in knowledge workers and prosperity.