You are here: Home /News/Aftermarket/Ninestar Claims to Be Aftermarket Patent Leader 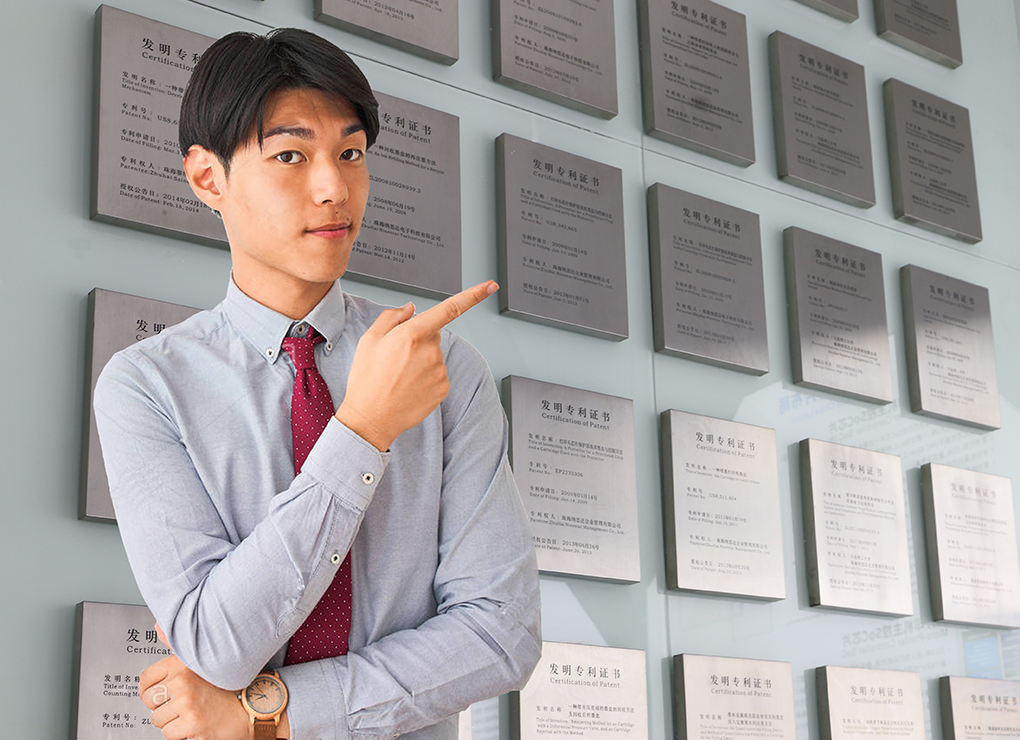 Following announcements by OEMs and aftermarket companies about the number of patents they hold, Ninestar has responded with its own portfolio size.

On January 6, 2021, Canon Inc. claimed it ranked third for the number of OEM patents awarded in 2020 and claimed to be the only company in the world to have ranked in the top five for 35 years in a row. As of December 8, 2020, Print-Rite said it had registered 3,002 patents globally, including invention patents, utility model patents and design patents.

According to Wei, the company invests more than 6% of its annual revenue in R&D at its nine research centers in Zhuhai, Shenzhen, Shanghai, Hangzhou, USA (North Carolina, Lexington, Kansas), India and Philippines. The company employs more than 600 engineers to design and deliver innovative products and solutions.

Since it was established in 2000, Ninestar has been committed to being innovative. Back in 2003, for example, it was the first to introduce Epson-compatible ink cartridges featuring a micro-pressure valve that eliminated the problem of wasted residual ink that would remain in the OEM’s spent ink cartridges. In 2010, it was the first third-party supplies company to become a hardware manufacturer with the release of its own line of Pantim laser printers containing its own engine technology. According to Wei, Ninestar was first to market with a solution that avoided infringing Canon’s dongle gear patent in 2014.

“Thanks to its commitment to innovation, Ninestar now has the industry’s broadest product portfolio and offers a comprehensive line of both hardware and consumables,” said Wei. “As it has done for over 20 years, Ninestar will continue to grow through innovation and to ensure its partners remain competitive and profitable.”

Please add your comments below about this story, “Ninestar Claims to Be Aftermarket Patent Leader.”