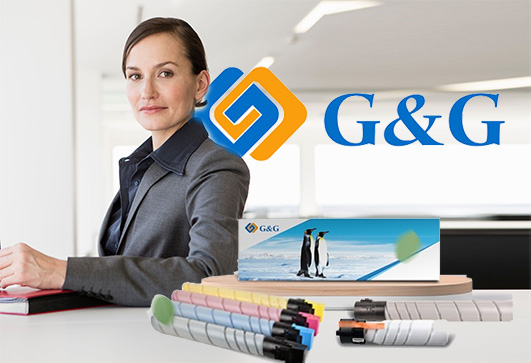 In just over a year after commencing its own Going Green environmental program, Ninestar’s G&G supplies brand has launched a series of remanufactured toner cartridges for Konica Minolta A3 copiers, covering the low, medium and high end of Konica Minolta monochrome/color machines.

According to the company, the new release comes with “outstanding and stable printing performance” and are REACH & RoHS compliant, environmentally friendly and suitable for MPS accounts and contracts.

G&G’s collections program captures the empty cartridge shells and they are returned, dismantled and cleaned before fresh aftermarket toner and a new chip is added. Depending on the condition of the shell, some other components may be replaced during the remanufacturing process as well.

When it comes to Konica Minolta’s office equipment, A3 copiers have always been its core accounting for about 70% of its office business.

Konica Minolta claims its printers “are able to help increase your productivity and reduce your costs simultaneously.”

Previously, the company released new toner cartridges for the xerox 6600 series & 3610 series, which claimed to be eco-friendly, with outstanding and stable printing performance.

Specifications are as follows: 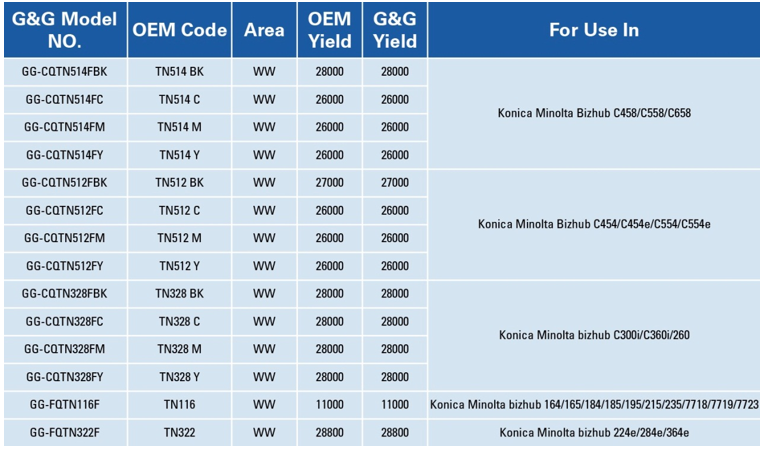 More information can be obtained by sending email to info@ggimage.com.

Previously, Ninestar claimed it has recycled almost 110,000 inkjet printer cartridges returned by its customers in Europe and the USA.

The Ninestar Corporation celebrated its twentieth birthday on June 28, 2020, and has used this anniversary to not only be recognized as the leading firm in the third-party supplies industry but to be visibly green with environmentally friendly products. Since 2000, Ninestar has invested extensively in abilities to quickly bring to market the industry’s technologically advanced products. Today, Ninestar’s G&G-branded products are recognized around the world for their superior performance and reliability, and now their environmental benefits as well.