You are here: Home /News/Aftermarket/Zhono Releases Compatible Chips for HP

The company claims that the new release comes with OEM-equivalent performance. In addition, it is also easy to install. “It is a supplement to the existing chip serial numbers in the market,”so says a spokesman of the company. 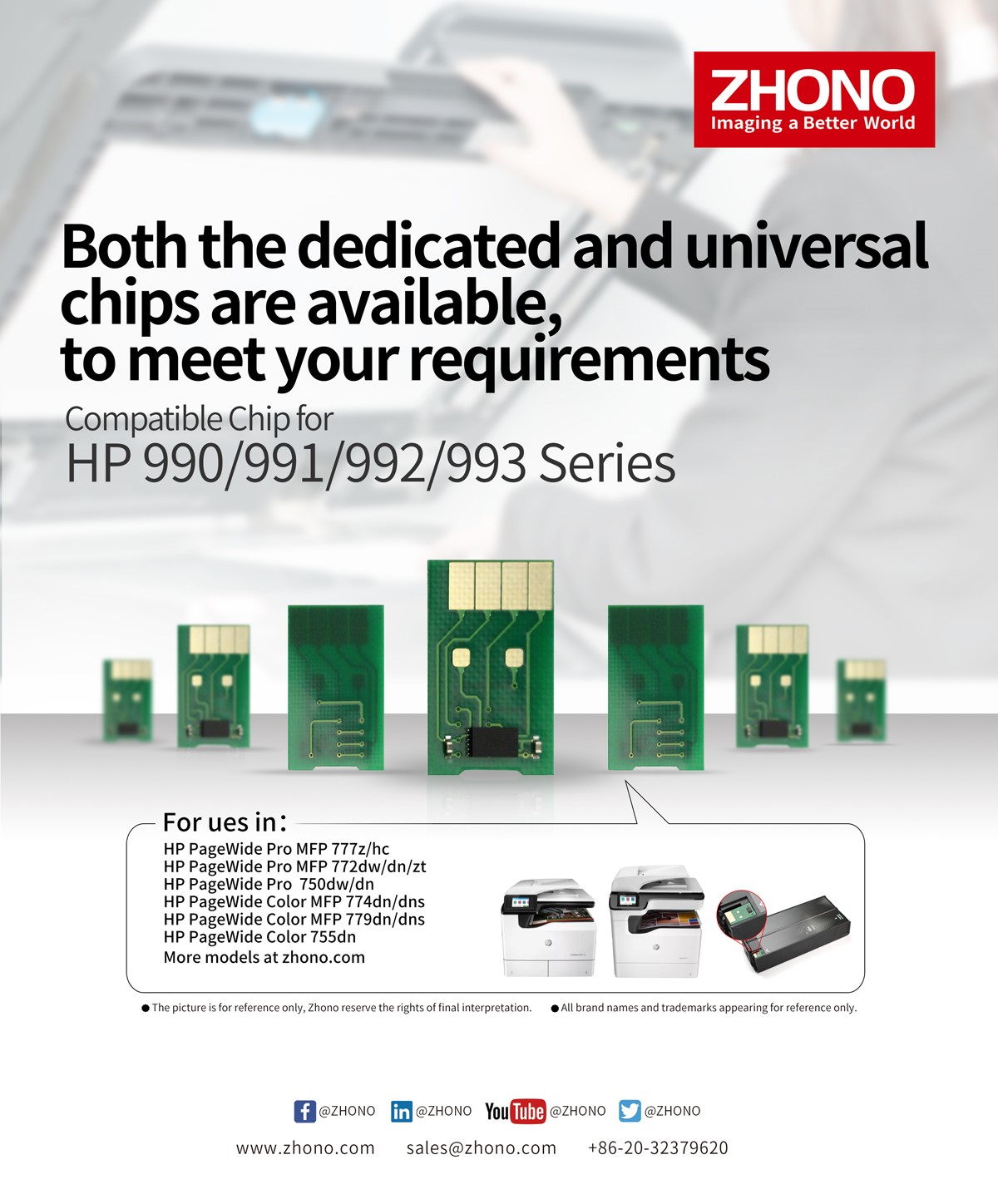 It is said that both the dedicated and universal versions are available now.

In September 2017, HP launched twenty A3 color PageWide MFPs (750dn, 750dw, and 772dw, etc.), which was a key developmental step after HP entered the A3 MFP market in September 2016. In January 2019, HP released fourteen different types of new generation A3 PageWide MFPs (779dns and 77660Z+, etc.). With maximum printing speeds up to 80ppm, comparable to production color digital MFPs, this new generation meets the demands of medium-to-large businesses.

Please leave your comments to the story “Zhono Releases Compatible Chips for HP ”below.