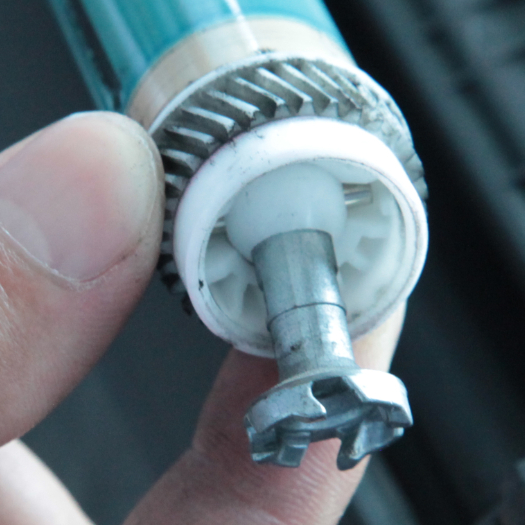 According to Steve Weedon, “The lawsuit concerned patents related to a so-called ‘dongle gear’ (a rotational coupling device design) to drive the cartridge. The drum gear and dongle are on the cartridge. So it is on the used cartridge when empty for the remanufacturer to reuse. The ‘dongle’ is easily removed to enable reuse. It is attached to the drive gear of the drum by a snap-in-pin. The drum gear can be removed and reused. So for genuine cartridge remanufacturers, the gear and dongle can be reused. This would require the OPC maker to make a drum with only an end cap on one end. To date, no OPC is offering a drum like this. Of course for new-built cartridges, a new gear and dongle are required.”

The matter rolled on for some time before the aftermarket developed workaround solutions. Albeit, by the end of 2014, Berto thought it apt to have Canon sitting on Santa’s knee asking for his dongle gears which would give Canon a market edge in cartridge sales.