Printer Speeds Get Out of Hand – Berto is overwhelmed 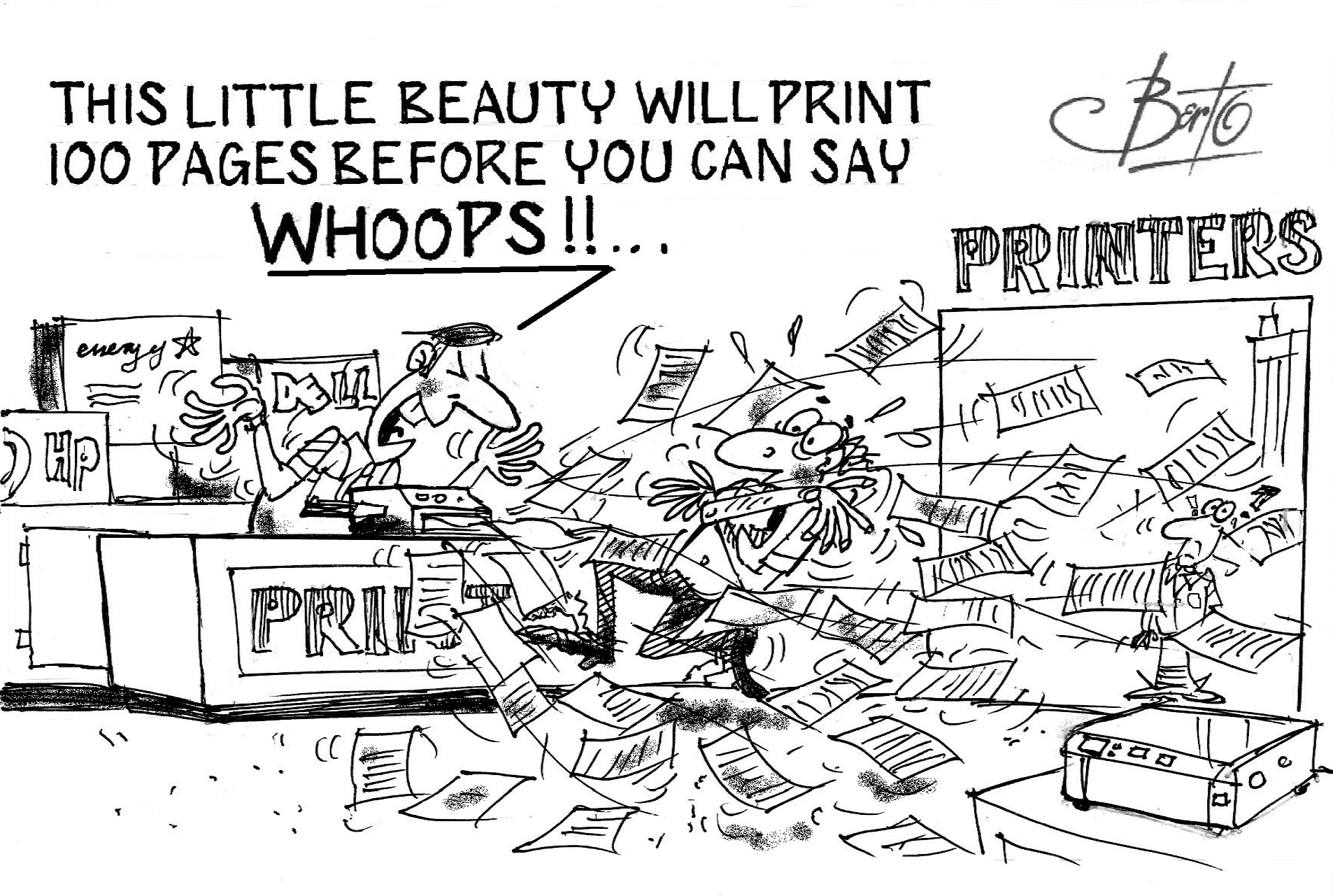 In 1969, the same year man landed on the moon, the first designs for a laser printer were developed by Gary Starkweather, at Xerox’s research facility in New York. Japanese camera and optics company, Canon, joined the party at the end of the 70s, creating the world’s first desktop laser printer. The Canon LBP-10 had a print speed of 12 pages per minute, with a resolution of 300 dots per inch.

In 1995, a printer using a Canon-based engine cost users upwards of US$7,000. Today you can purchase an even higher quality colour laser printer for less than US$200, but the cost of the consumables has continued to rise.

In 2013, powered by its pagewide technology—HP launched its Officejet Pro X series of fast inkjet ink printers capable of delivering high-quality professional documents at up to 70 pages per minute (ppm).

Berto has taken the opportunity this month to poke some fun at the speed of printers, reflecting on the point that you can hit the PRINT key and have printed off 100 pages before you realise what you have done.

Cartoon #105: Printer Speeds Get Out of Hand – Berto is overwhelmed

Berto’s previous cartoon #104: Reasons to Date an Octopus – Berto has an inkling