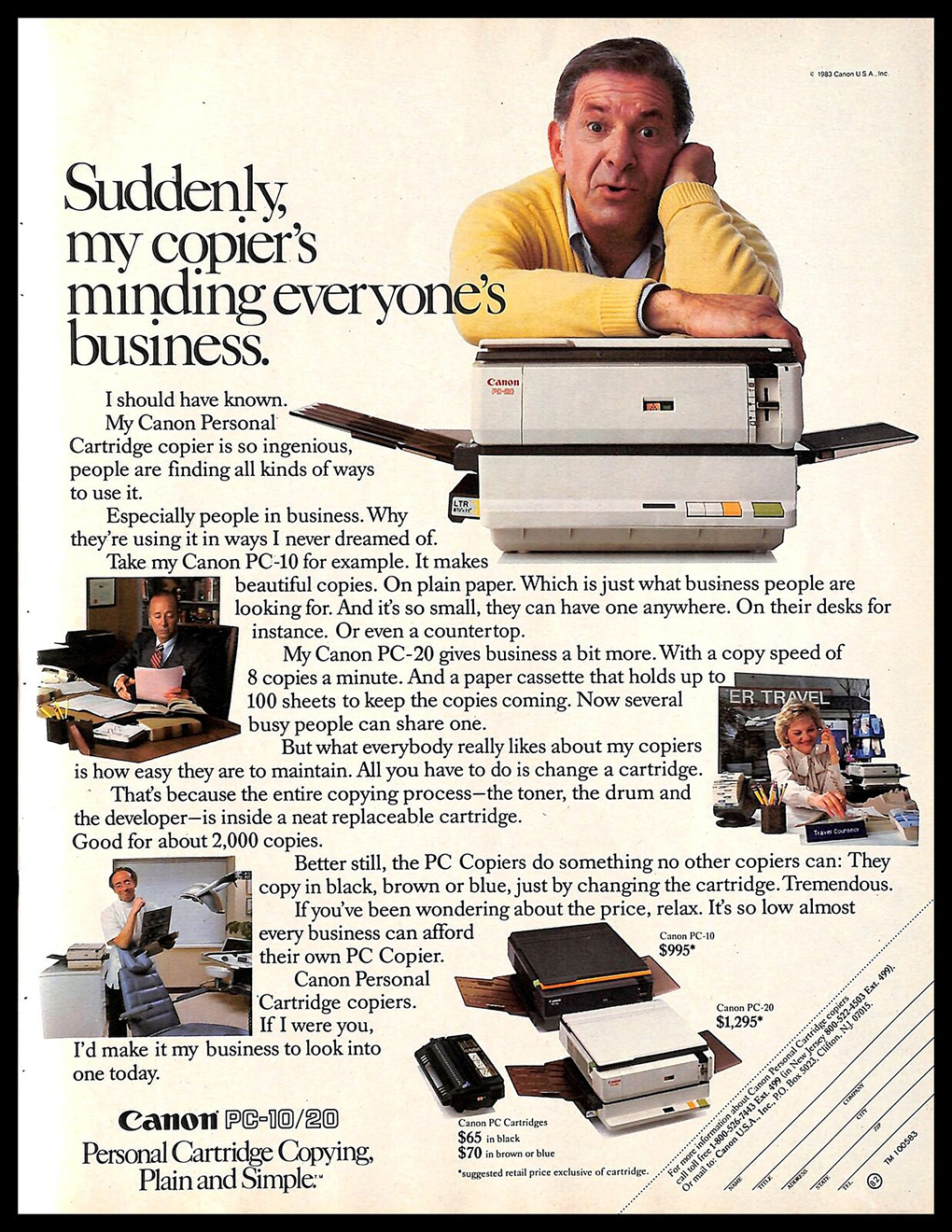 It was May of 1982. Canon had just launched the first print engine using the then-revolutionary “all-in-one” toner cartridge.

During a visit to a business colleague in Antwerp, Belgium, he showed me his latest acquisition – the brand new Canon PC-10 personal copier.

I believed that the cartridge components must be good for longer service after the alleged 2000-page life. It is just that the toner would run out and the copier would stop printing.

With my colleague’s agreement, I drilled a hole in a spent cartridge, poured in some Canon NP155 toner, reinstalled the cartridge, powered up, pressed print, and crossed my fingers. 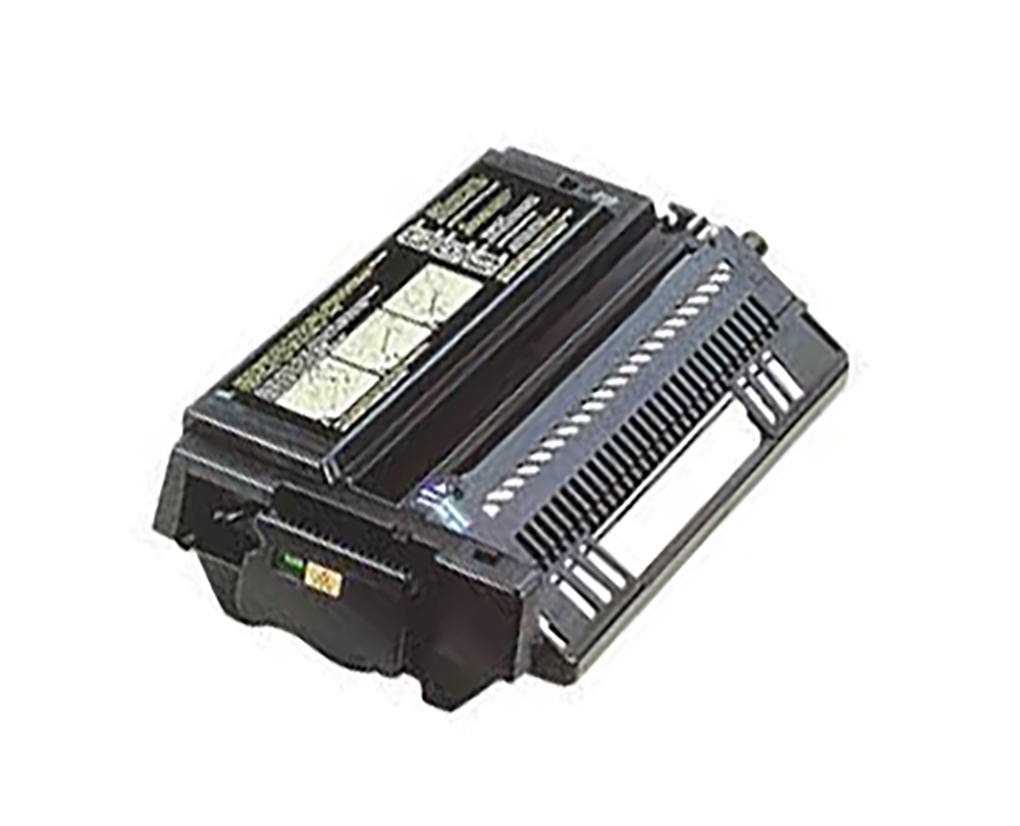 Significant among the new OEMs was Canon. Canon took the cartridge to a totally new level. In stark contrast to Xerox market and pricing policy, Canon introduced print devices with a “disposable” cartridge, the so-called “All-In-One” (AIO) cartridge designed to reduce the cost of copying (supplies and service).

This concept was also part of Canon’s product strategy to reduce the cost of the hardware and improve reliability. Hitherto, copiers were notoriously unreliable and were service intensive. Canon’s revolutionary cartridge concept encompassed most of the working parts of the printer in a user-replaceable cartridge that obviated the need for regular service calls.

Additionally, the hardware cost was reduced as much of the print system was in the disposable cartridge. This meant however that the cartridge was more expensive than just one designed to replenish the toner in a print device.

The PC-10/20 cartridge was sold at $150 for 2,000 pages. The cartridges were well-engineered and, it was obvious that, other than depletion of the toner, this cartridge and its components were not “worn out” after 2,000 pages.

The refilling and remanufacturing business was ready to be born. Hence my “experiment” mentioned above. Rather than giving the OEM control of the supplies and service market for its machines, this historic milestone established an avenue for a whole cadre of entrepreneurs to enter the print supplies business.

Please add your comments below about this story, “40 Year Old Industry Secret Revealed.”