The Controversy Over Cartridge “Contaminants” – An Attempt to Avoid Bias

Recently, there has been much discussion, publication and conjecture by industry, government and non-governmental bodies particularly in Europe regarding the chemical constituents of structural parts of toner cartridges notably that of New Build Cartridges (NBC) from China. Quite naturally, fact, opinion and rhetoric has been expressed from juxtaposed positions and has included words such as fraudsters, cheats, illegal, banned, imitation, contaminated, polluted, unscrupulous, scandal, harmful, endangerment, etc. The controversy has centered on the chemical analysis of cartridge parts indicating the content of PolyBrominated Diphenyl Ether (PBDE) and including decaBromoDiphenyl Ether (decaBDE). Much has been written about these materials already and, not to unnecessarily add to that already out there, here are some points relevant to the matter at hand.

What is a PBDE?

PBDE is a class of chemicals that retards burning of inflammable material. PBDEs are not single chemicals but are mixtures of several PBDEs. The PBDE class consists of 209 possible substances each having the basic structure of two phenol groups joined by an oxygen atom. The different PBDEs are “brominated” (i.e. reacted with bromine) to different extents with between one and 10 bromine atoms. The properties of each PBDE differ including its tendency to bioaccumulation, physical properties and level of toxicity. 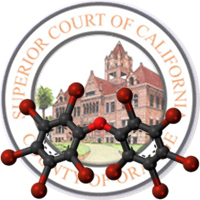 DecaBDE, which has the maximum level of bromination, has been used in  in electronic enclosures, television cabinets, wire insulation, conveyor belts, awnings, carpet backing, tarpaulin/canvas, curtains, rainwear, fabrics for motor vehicles, hot-melt adhesive and architectural foam typically between 2 and 25% concentration and in paper foil laminate for home insulation in 18% to 41% concentration. OctaBDE is found in plastics for business equipment and pentaBDE for cushioning and upholstery.

What are the Known Effects on Health?

According to a May 2019 report by the Australian Government, Department of Health decaBDE exhibits low acute oral, skin and inhalation toxicity and very low skin absorption in animals. DecaBDE is not a skin or eye irritant and is not cytogenetic (carcinogenic). Repeated ingestion shows low systemic toxicity even at a high level. It states, “A clear interpretation of the significance of this report for human health has not been established. It is not classified as a carcinogen.” As decaBDE is a solid with extremely low volatility no significant exposure to the vapor at ambient temperature is expected. Public exposure is dominated by indirect exposure via the environment, inhalation or ingestion of decaBDE-containing dust released from articles in a house, vehicle or workplace.

Actually, nothing definitively is known about the health effects of PBDEs in humans and information regarding toxicity of PBDEs is from animal studies. PBDEs are not known to cause cancer in humans.

What are the Regulations on PBDEs?

PBDEs may no longer be produced in the U.S. or Europe but are still present in many items in homes, offices, factories, cars, trucks, planes, ships and elsewhere. Regulation of the use of PBDE flame retardants varies according to geographical location. In Europe, decaBDE is banned as a discrete substance but is NOT a banned material in articles or in mixtures.

The European Chemicals Agency (ECHA) regulation of decaBDE mandates that it:

Recent review by the European Council recommended to change this to 500mg/kg.

On July 29, 2019, the US EPA, seeking public comment, notified of proposed legislation that would restrict decaBDE. The EPA is proposing to prohibit the manufacture, processing and distribution of DecaBDE, and articles and products containing DecaBDE with important exceptions. EPA is not proposing to prohibit the processing for recycling of plastic from articles containing DecaBDE, the distribution of such plastic, either before or after recycling so long as no new DecaBDE is added during the recycling process. The EPA says that, “EPA is aware that many different types of articles that contain plastic are recycled at the end of their useful life, and some of these articles, such as electronic equipment, were originally made with a flame retardant like DecaBDE. The EPA recognizes the importance and impact of recycling, which contributes to American prosperity and the protection of our environment. In addition to helping to protect the environment by keeping valuable materials out of landfills, the U.S. recycling industry is an important economic driver and provides more than 757,000 jobs and $6.7 billion annually in tax revenues. EPA does not want to create disincentives for recycling by increasing the burden on the recycling of plastic. EPA believes that it would be overly burdensome and not practicable to impose restrictions on the recycling of plastics that may contain DecaBDE, or on the use of recycled plastic in plastic articles, because the DecaBDE is typically present in such articles at low levels.” There is an option in the proposed legislation to restrict the total PBDEs to 1000mg/kg which may or may not be enacted. However, the EPA recognizes that requiring industry to meet a level of 0.1% in recycled plastic articles would result in a significant burden to test their products. They recognize that most testing methods cannot distinguish between PBDEs and for this expensive, time consuming testing would be necessary and therefore, EPA does not believe this option is practicable. 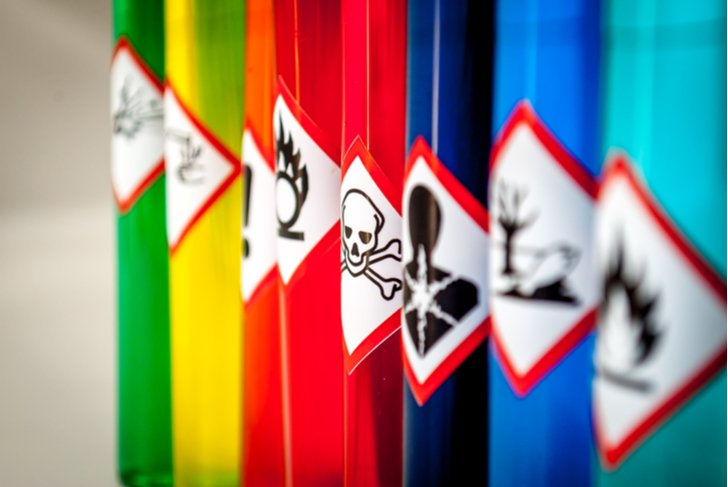 According to some experts in the field, reduced levels of flame retardants in plastics makes it difficult to recycle them which potentially increases the burden on landfilling and air pollution.

What Happens to PBDEs when they enter the environment?

PBDEs can be released into the air, water and soil at places where they are produced or used. Despite the phase-out of penta-, octa- and deca-BDE, vast amounts of older televisions, computers and furniture containing polyurethane foam still contain PDEs and these products are intended to be used for several more years.

PBDEs have very low water solubility and when these substances are released into water e.g. from a landfill they typically bind to sediments. These substances generally bind strongly to soil particles and therefore do not move easily through soil layers. Food items including fish, meat and dairy products have been shown to contain low concentrations of PBDEs.

How are Humans Exposed to PBDEs?

DecaBDE is a ubiquitous global contaminant routinely detected in air, soils, sediments and living organisms and this is from the release of the chemical from articles during use, from plastics manufacturing facilities, and from recycling facilities.

DecaBDE readily adsorbs onto the surface of dust, the movement of which is the main transmission mechanism through the environment. The highest concentration of dust is found near electronics recycling facilities and plastic and foam manufacturing facilities.

The primary route for exposure is from ingestion of PDBE contaminated dust in indoor environments accounts for 80 to 90% of total PBDE exposure. The remaining exposure is from food especially from foods with high-fat content. In breastfeeding infants, breast milk may be a major source of exposure. PBDEs have not been detected in drinking water to any significant extent.

Different PBDEs enter and leave the body dependent upon their chemical structure. Once in the body PBDEs partially breakdown into what are called metabolites. These leave the body in feces and a very small amount in urine. DecaBDE tends to be eliminated faster than the lower-brominated PBDEs which can stay in the body for years in fat.

Where is PBDE found?

At present, flame-retarded consumer products manufactured 10–20 years ago, when PBDEs were frequently used, are being dumped and disposed of making major sources of emission into the environment effluent and flue gases.

It’s simple and complicated at the same time. On the one hand, the use of decaBDE rightly is variably regulated by authorities in jurisdictions around the world. On the other hand, the historic use of this category of materials in goods including structural components of cartridges is a fact of the present. The use by plastic product manufacturers of post-consumer plastic ground feedstock is pervasive in general and typical in printer cartridge component manufacture. I believe this to be the major source of the higher than permissible levels of decaBDE in cartridge components. The control of the composition of input post-consumer plastic ground feedstock is difficult but not impossible and given the imposed regulation around the world, this must now be an important consideration for manufacturers to avoid legal actions against them. That any manufacturer deliberately has produced any article to contain a level of PBDE above the legal limit is difficult to believe, but that manufacturers have not paid attention to the quality of input post-consumer plastic ground feedstock is much more plausible. For NBC manufacturers the path forward is clear. They must ensure that the cartridges that they produce comply with the regulations in the markets they are serving.