Why are most OEMs Japanese ? What is the current tally of OEMs in our industry? Regarding those that major in toner-based printers, MFPs and copiers for the office there are 11 Japanese and four non-Japanese OEMs.

Today if you consider other toner-based printer types, i.e. high-speed production printers, wide format printers and other specialized types there are two Japanese and three non-Japanese. Japanese dominance has been a factor for almost 30 years.

The ink jet industry breakdown is similar. Of those that are producing printers and MFPs for the office, there are 12 Japanese and six non-Japanese OEMs. In addition to these, there are many companies building specialized niche market ink jet devices most of which are non-Japanese. The development of inkjet products has been an event subsequent to that of the toner-based types. The reason for the predominance of Japanese OEMs is to a great extent a result of their success in the toner-based copier field.

So, there you have it. The industry is dominated by Japanese OEMs. To learn why has it persisted for almost 30 years you have to go back in time.

From the early 1950’s to the mid 70’s there developed a “perfect storm” in Japan that has impacted this industry. This was the result of no major single factor, but out of the convergence of market, industrial and societal forces. After WWII, Japan’s economy, industry and infrastructure were devastated. The USA for geopolitical reasons made significant investments in rehabilitating Japan. This led in the early 1950s to the start of the dramatic and successful growth of all Japanese industry. Another factor was because of Japanese governmental industrial policies. The government’s goal was to promote industrial recovery and development by co-operation with private firms. There were three phases in this policy. The first phase, from 1946 to 1949, was for economic recovery with the Japanese economy under government control. Next, there was the transition to a market economy from 1949 to 1973 and thereafter a period of stable economic growth from 1974 to 1990 at a rate exceeding that of the US. During this period Japan almost achieved its goal of catching up with the advanced Western countries.

Another element was the development of highly cost-effective quality-oriented manufacturing. The government recognized that in the national economic system, the foundation was manufacturing. Innovation for the future enhancement of manufacturing is derived from investment in education and financial investment. Education is fostered by government and combined with liberal availability of government and banking financial investment and there is the recipe for advancement and success. During these times Japan became the world’s low-cost manufacturing base just as China has been in the recent past. Japan became a technology innovator and leader, just as China is aspiring to become in the future.

Industrialization with a Japanese Twist

This need for innovation was recognized by the Ministry of International Trade and Industry (MITI) in the late 1970s. In 1979, MITI proposed the concept of Japan as a “technology-intensive nation” as a part of its “Vision for Industrial Policy in the 1980s”. The vision claimed that “a turning point was coming, a move away from an industrial pattern of “reaping” technologies developed in the seedbeds of the West, to a pattern of “sowing and cultivating” that displays greater creativity.

A further “perfect storm” element was the important strategy and consequence of the formation of what is known as the Keiretsu in Japanese industry. A keiretsu is a set of companies with interlocking business relationships and shareholdings and is typically grouped around a major bank. Major Keiretsu in existence today are Mitsubishi (MUFG), Mitsui/Sumitomo (SMFG) and Mizuho. Within these Keiretsu exist member companies in diverse fields – insurance, real estate, construction, food, beverages, electronics, trading and commerce, vehicles, petroleum, precision machinery, optical industry, chemicals, paper, iron and steel and shipping. Such conglomeration makes each Keiretsu relatively self-sufficient and strong. It is also one of the reasons that it is very difficult for non-Japanese companies to enter business with Japanese companies as preference is given to Keiretsu member companies. The Keiretsu has existed since the late ’40s but was not then a totally new concept. Historically the Japanese industry was organized in the form of groupings known as Zaibatsu. These were groupings of companies made on the basis of familial ties. For a variety of reasons, the Zaibatsu were virtually eliminated in the 1930s. The development of industrial strength by strict adherence to the Keiretsu enabled efficient, cost-effective production and innovation and maintained dominance over the Japanese economy for the second half of the 20th century. 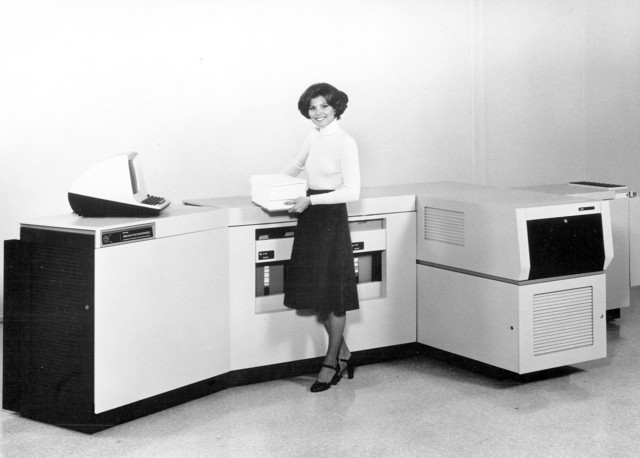 In Pursuit of Quality

Another “perfect storm” element is quality. During this period in Japan, there was a relentless focus and quest for quality. William Edwards Deming an American engineer, statistician, professor, author, lecturer, and management consultant made a significant contribution to Japan’s reputation for innovative, high-quality products, and for its economic power. He worked with the leaders of Japanese industry and is regarded as having had more impact on Japanese manufacturing and business than any other individual not of Japanese heritage. Many in Japan credit Deming as one of the inspirations for what has become known as the Japanese post-war economic miracle. In Japan in 1951, he established the Deming Prize, an award given to a company for achievements in quality. Fuji Xerox has been an award recipient.

Yet another “perfect storm” element was that in the early 50’s there developed globally the demand from business and society for increased cost-efficient productivity in industry, including not only the means of production but also in the efficiency in administration. The demand for the innovative instant copier burgeoned to improve the latter goal. A factor and driver to Japanese industry additionally was that, at that time, fountain and ballpoint pens with bluish ink were mainly used to create documents in Japan. Even though Japanese character typewriters were in use, writers needed specialized skills to operate typewriters having a writing speed much slower than that of handwriting and carbon paper copies were of poor quality. The Japanese had already begun to make copiers to overcome these problems using the wet diazo-process wet which was less than convenient.

In the ’60s and early ’70s, outside Japan, Xerox, plain-paper copying process was taking the market by storm. Xerox patents and their extensive sales and service network sustained its virtual monopoly at that time. However, starting in about 1970 new competitors started eroding the Xerox empire. There were some American and European producers competing for the same market – IBM, Kodak, American Photocopy Equipment Co. (APECO), 3M, Olivetti and Smith-Corona Marchant (SCM). Other than IBM and Kodak, these companies used RCA Corporation’s Electrofax process with light-sensitive zinc oxide coated paper or 3Ms Thermofax thermally sensitive paper process. Of these non-Japanese OEMs, only Kodak continues with its Nexpress production printers.

Japanese engineers had always aimed to develop indigenous expertise in xerography. The Japanese copier OEM was created when it was clear that the growing demand for office automation in the form of instant copies was a market with a great future. The developing copier OEM was focused at that time in other areas of business. For example, at that time, Minolta was an optical company making, cameras and binoculars. In their work to develop and manufacture copiers they were able to rely on sister companies in their Keiretsu for supply of for example chemical products like toner from Mitsubishi Chemical, electrical components like motors and switches from a number of member companies, finance from Mitsubishi Bank, glass from Asahi Glass, lenses from Nikon, and the list goes on. Favorable business terms were able to be afforded to them which enabled them to be cost-effective and price-competitive. That Minolta was narrowly focused in products was overcome by cooperative work and the diversity of the Keiretsu.

Another Perfect Storm element was that Xerox’ monopolistic market position engendered US antitrust pressure that led Xerox to be forced to license its key technologies. At that time David Kearns, who was Xerox’s chief executive said the crisis his company faced was that the Japanese were selling products in the United States for what it cost Xerox to make similar products and Xerox couldn’t be cost-competitive.

Industrial strength depends on continuous innovation and improvement which requires investment. Investment is enabled by good profitability which, in turn, is enabled by efficiency. This Perfect Storm Element continues. The rate of innovation by Japanese companies in our industry has steadily and progressively increased. This has led to the filing of large numbers of patents by OEMs, protecting their IP, particularly from non-Japanese competitors. There is significant cross-licensing among Japanese OEMs which provides the Japanese industry as a whole with a very strong technological position.

The development of the global industry with the dominance of Japanese OEMs has its origins quite a long way in the past. In summary, the congruence and convergence of the elements of the perfect storm that led to this have been:

It seems that this position is unlikely to change at any time in the future. The instant print industry is in a mature phase now with all of the implications that that has for attracting new investment.

Protecting Your Data from the Printer Gateway When Will HP Write the Check to Xerox?
Scroll to top