USITC Inv. No 1174, brought by Brother in September 2019 in search of a general exclusion order against WHICH CCDS, has entered its final stage. 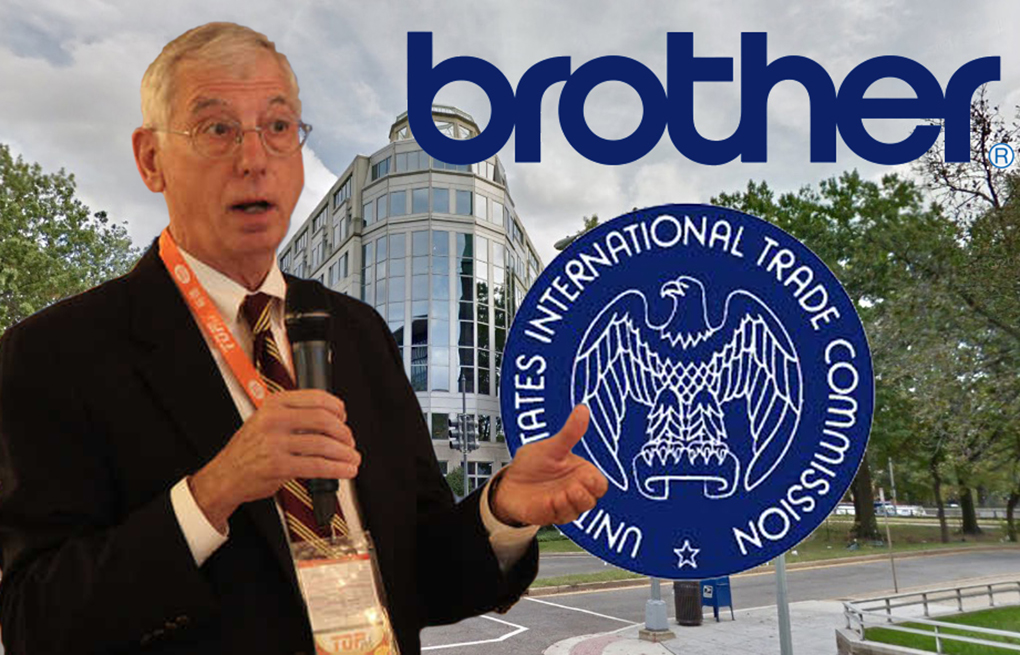 When the 1174 investigation was instituted on September 17, 2019, Brother’s complaint named 32 respondents, a mix composed largely of U.S.-based importers and resellers and Asian trading companies.  Notably absent from the complaint were the large Chinese manufacturers who supplied the respondents.  The exception was Aster Graphics, Inc. of Riverside, California, the U.S. arm of Aster Graphics Co., Ltd. of Xinyu, Jiangxi, China.

In the course of the investigation, 21 respondents defaulted, two were released, and eight accepted consent orders.

In a notable development, Brother stipulated that the newly designed cartridges (“Newly Designed Cartridges”) of six of those who accepted a consent order – AMI, Cartridge Evolution, E-Z Ink, Globest, Linkyo, and Aster – did not violate the Asserted Patents.  Brother intended these stipulations to mean that these Newly Designed Cartridges would not be covered by any remedial order issued by the Commission and could freely enter the U.S. market.

On March 12, 2020, Brother filed a motion for summary determination of violation of section 337 by Aster and the Defaulting Respondents.  The motion asked the Administrative Law Judge (“ALJ”) to recommend that the Commission issue a general exclusion order and cease and desist orders.  Aster, which, by then, was the only remaining respondent, did not oppose the summary determination motion, presumably because it had Brother’s assurance that its Newly Designed Cartridges would not be covered by the remedial orders to be issued by the Commission.

The ALJ also recommended that the bond rate for the defaulting respondents during the presidential review period be set at 100% of the “entered value” of the subject goods.  However, for AMI, Aster, and Globest, the ALJ recommended bond rates – on a product-by-product basis – ranging from 274% to 1463%.

When the full USITC receives an ALJ’s final ID on violation, it can decide to review, and potentially modify, portions of the ID.  Or it can accept the ID without questioning any aspect of it.  On September 8, Commission did the latter, accepting the ALJ’s ID in its entirety.

It is likely that the USITC will accept all of the ALJ’s recommendations and will issue a general exclusion order and cease and desist orders and will impose a bonding requirement at the levels recommended by the ALJ.  What remains uncertain is how it will rule with respect to Aster’s Newly Designed Cartridges.

If the Commission finds a violation of Section 337 and issues any remedial orders (exclusion or cease and desist), a 60-day presidential period will begin during which the remedial orders will not be in effect.  During this period, however, anyone wishing to import or sell products covered by the orders may do so only by posting a bond, which will be forfeited when the remedial orders come into force.

The author of this artic le, Merritt Blakeslee, is a world-renowned expert on US trade law and has been a popular speaker at RT events including RemaxWorld Expo in Zhuhai, China.

Disclaimer: This article is not intended to provide, and should not be relied on for, legal advice on any particular set of facts. Anyone with a specific question about compliance with the Section 301 tariffs should consult a customs attorney or a customs broker.

Blakeslee spoke with RT’s David Gibbons about the latest US Federal Circuit decision to rule unanimously against Canon which was appealing the earlier 2018 decision of the US International Trade Commission (USITC) which ruled that certain aftermarket design around solutions did not infringe Canon’s patents.