OEMs Deliver Faster Printers
The race by the OEMs to build and deliver a faster printer, to meet the demands of consumers has been likened to the 1960s race to the moon. Who would get there first?
In 2013, Japanese printer manufacturer Brother unveiled the prototype of a laser that can print at 100 pages per minute (ppm).
Not to be unbeaten, on February 11, 2013, HP announced the worldwide release of the new HP Officejet Pro X, the world’s fastest desktop printer as recognized by Guinness World Records. Guinness World Records title certified the fastest time to print 500 sheets by an office color desktop printer. On April 2012 the record was set on HP X551dw and X576dw models. Details at guinnessworldrecords.com.
“Designed to meet the demanding and unique needs of small and medium-sized businesses (SMBs), the HP Officejet Pro X is revolutionizing business printing by increasing productivity, reducing costs and promoting the value of inkjet technology in the workplace.” 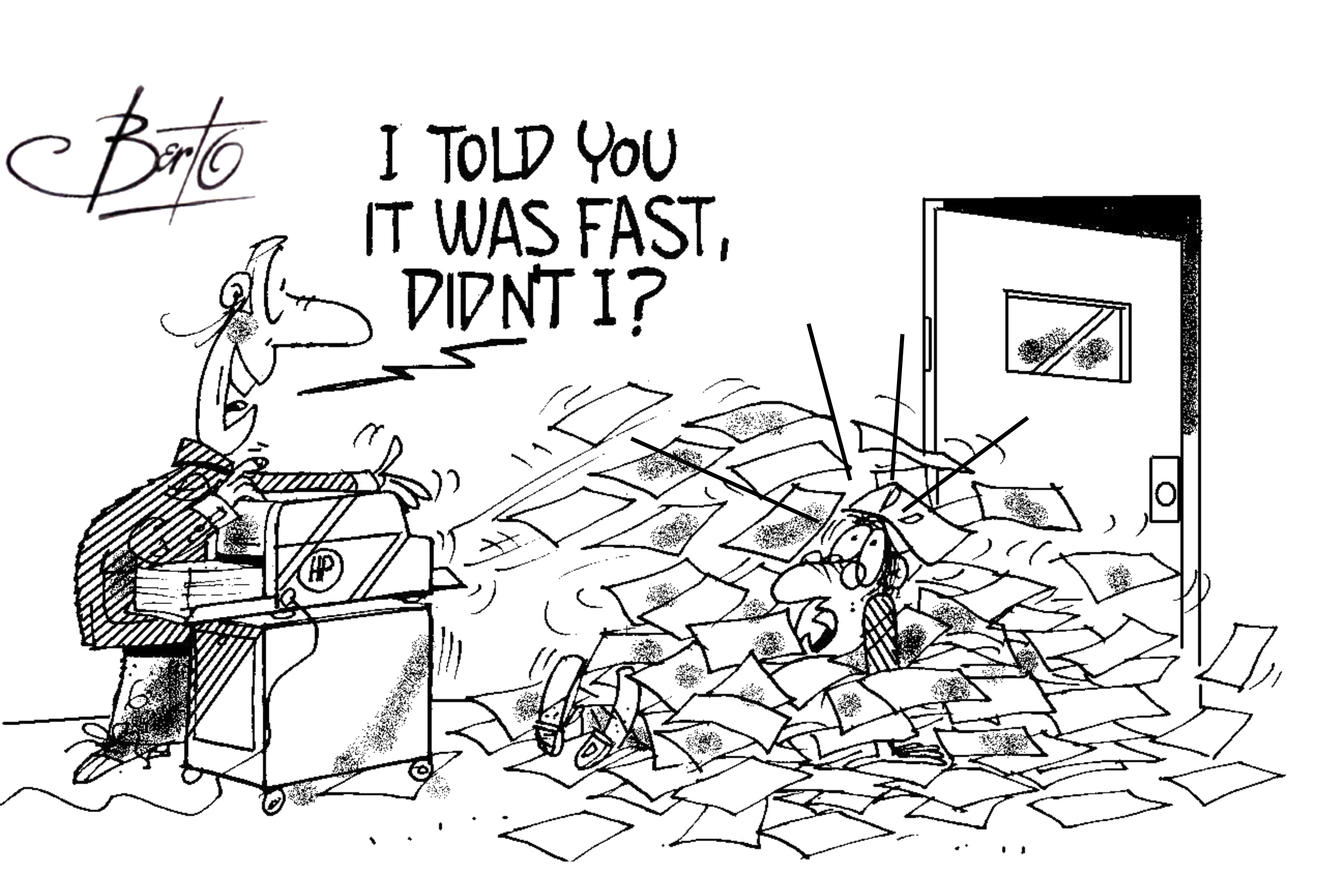 Last month, Berto’s cartoon had a laugh at Recharging Your Cartridge Yourself

Zero Tolerance for Counterfeiters – Berto does time
Pigs Can Fly If You Really Want to Believe It
Berto Dons a Face Mask to Beat Coronavirus and Toner Dust
Confronting Steep and Scary Changes – What is the Future?
Think differently: what makes a good strategy
Is A3 Market Share Relevant to Konica Minolta’s Future? NO
0 replies