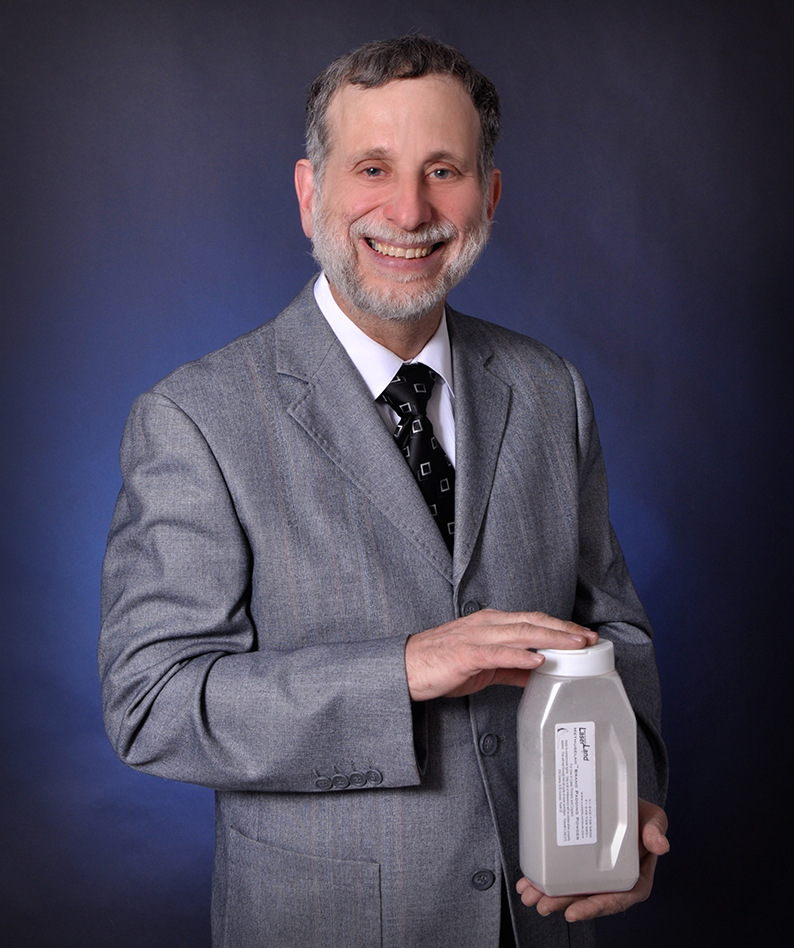 Steve Michlin (pictured) is a graduate of the University of Michigan, having earned two engineering degrees, one in Chemical Engineering and the other in Materials and Metallurgical Engineering. He is credited with being one of the first pioneers in toner cartridge remanufacturing.

Steve’s company, LaserLand, makes components for toner cartridge remanufacturing based on the process of cartridge reclaiming, permissible repair and recharging.

His 39 patented inventions solved many complex problems in the adoption of the electrophotographic process to laser printers and copiers. Some of these solutions were later utilized by major OEMs, leading to a series of high stakes patent lawsuits, all of which ended in settlements.

“In general,” Michlin began, “I found that some attorneys for the giant, mega-corporations were overzealous. In their zeal, they sometimes made silly errors that they could have avoided. But their clients were so big, and the stakes were so high, that during the litigation process and proceedings they made mistakes that may have influenced them to settle sooner.”

He continued, “In a lawsuit, you must be scrupulously honest and circumspect to avoid silly errors. For example, one expert I was up against in a patent lawsuit was a professor, previously from one of the world’s most prestigious universities. He defined the word “contact,” a word used in one of my patents. He said in his expert report that the word “contact” meant that things had to touch. In my patents, contact meant electrical contact and things did not have to touch directly, just electrically.”

This professor had a handful of U.S. patents of his own. Michlin did a USPTO patent search. “I found that one of his patents involved electricity. And there were conditions described in his patent whereby two objects made electrical contact without touching each other. Busted! The professor was a brilliant expert but he assumed that nobody would think to check his patents on how he normally used the word contact.”

Michlin recalls, “An interesting, almost comical, occurrence in one of the lawsuits took place when I was deposed before two large OEMs.

They questioned me for a full day at one of their law firm’s offices. I had only one attorney present. The OEMs had at least 15 attorneys each. That is, they had more than 30 attorneys in total. I sat at one end of the table with a huge camera focused on me continually. The OEM’s litigator sat at the other end.”

“It seemed like a ping pong match because the attorneys sitting alongside the table had to turn their heads to look at me and then turn back to watch the litigator questioning me. Back and forth it went, their attorney asked a question and I fired back my answer, while all heads twisted left then right, in unison!”

The questioning was aimed at creating a theory that LaserLand sells only to remanufacturers and not to OEMs.
This premise, once established, would minimize the damages they had to pay.

“I was asked whether LaserLand sells to OEMs, and if so, to which OEMs,” said Michlin. “I answered that LaserLand actually sells components to a branch of your client’s giant company in Southeast Asia! That response shocked the litigator and the 30+ attorneys. They asked for an abrupt recess.”

“In another case, I was asked what OEM did I help with technical support in the toner cartridge industry. My answer was the company they were defending! Again, the opposing attorneys called for a recess,” Michlin added. 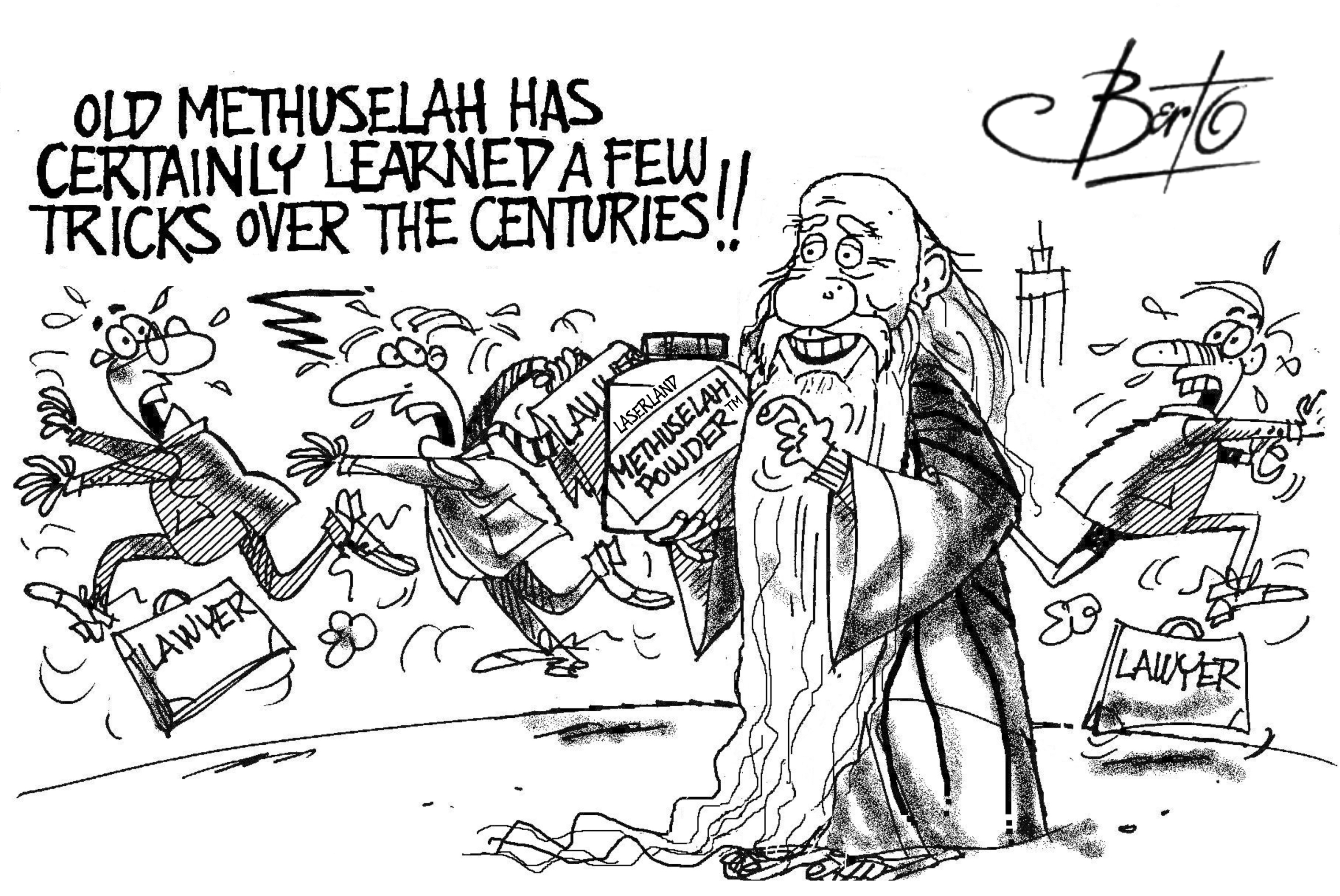 LaserLand’s Methuselah concept aims to make cartridge components last longer. According to the Hebrew Bible (Genesis 5:21-27) Methuselah, the grandfather of Noah is said to have lived to be 969 years old!

In addition to reducing wear on moving machine parts, LaserLand’s Methuselah padding powder generally prevents
or minimizes the wiper blade flipping problem because it clings invisibly to an OPC drum and wiper blade for more than 8,000 pages. Over time, wiper blades change their molecular structure from prolonged heating resulting in a loss of stiffness and resilience. This is one of the major predictable and preventable, defect-causing problems in cartridge remanufacturing.

Drawing upon his inventive way of solving problems, and then using his training in engineering, materials science and common sense, Michlin was awarded patents on custom copier and printer parts. These components prevent systemic problems from causing premature, predictable cartridge failure. In discussing these components back in the early 1990s, I named Steve’s innovative components: Superparts.

As Michlin puts it, “LaserLand’s Superparts extend the Methuselah concept of prolonged longevity to other cartridge components, increasing their life by inventions that either prevent or offset wear. The problem could be a rotational wobble by a component that wears prematurely and becomes out-of-round.

It could also be a gradual loss of robust electrical contact from an OEM pinpoint contact causing a cartridge to fail. Or, it could be a conductive plastic PCR saddle that wears down, loses its electrical properties, and causes cartridge failure.”

“These patents teach the addition of a novel, long-life component, to eliminate an otherwise inevitable problem in
the toner cartridge that would cause premature failure. In short, I invented Superparts to prevent predictable, systemic failures using the Methuselah concept of extending toner cartridge longevity.” Michlin said, adding “some failures can be predicted to occur only 5% or 10% of the time. However, that is still a failure.” 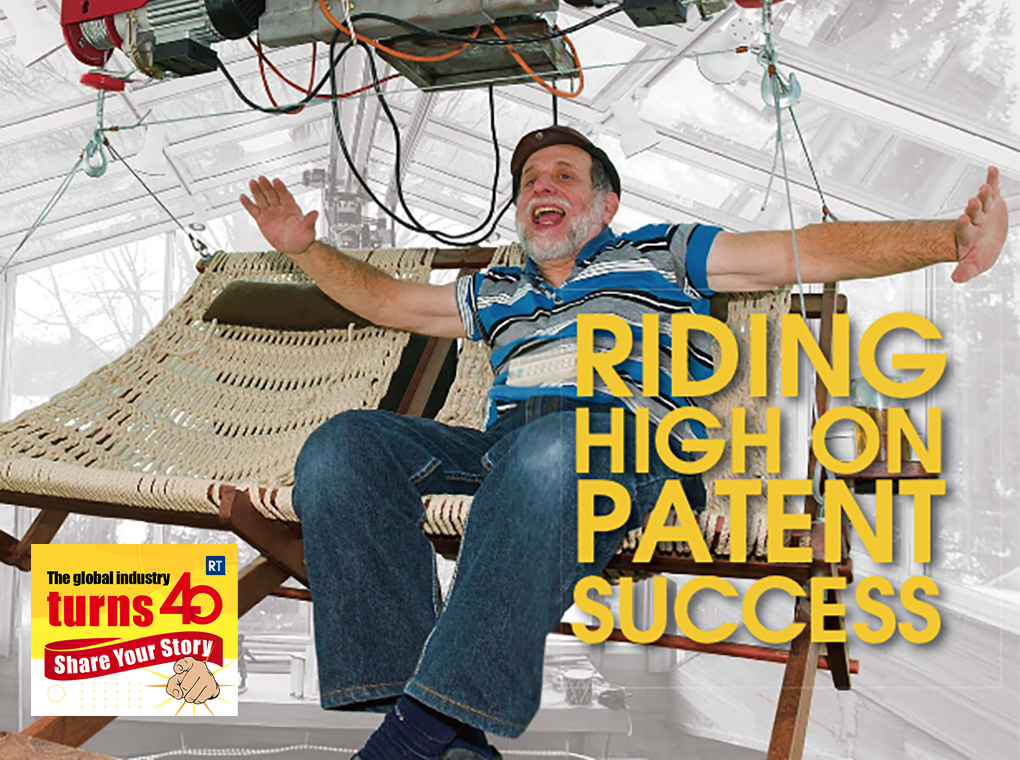 Steve Michlin is a devoutly religious man. He believes that time spent in his 3rd story, all-glass, sunroom brings him closer to G-d. It is there he spends much of his time mulling over technical problems, conceiving inventions, playing his guitar, or composing songs.

Growing up, from 18 through 21 years of age, he wrote more than 100 songs. More recently, he composed and recorded over 30 new songs. He attributes this high level of creativity to a divine inspiration he encounters in that hallowed place. That shrine, Michlin says, spawned his many inventions, patents and songwriting accomplishments.

The sunroom houses his famous Super Bowl chair (watch him sing, hand walk and recline in his SuperBowl chair), a projection TV screen and a full-size trampoline. Each day, you’ll find him jumping on it for at least 15 minutes, often with his 3-year old grandson, Eliyahu, or his 17-month-old granddaughter Rivka in his arms.

A self-taught gymnast, Steve received advanced training on his High School team which was undefeated. He is known to walk on his hands for 50 feet or more and has repeated the feat on the Great Wall of China, in Tiananmen Square, Mumbai, Hong Kong, Zhuhai and other far-flung destinations. To keep in shape, he works out by doing handstands on a pair of parallel bars.

The Essence of Invention

“In order for an idea to rise to the level of a patentable invention,” says Michlin, “it must be based either upon a unique composition of matter, method, process, or device, not obvious to one skilled in the art. Such is the essence of an invention.”

He floats through the air in his Super Bowl chair,
This daring young man is a rare engineer.

Granted more patents than others its clear,
A storybook hero rechargers declare.

His patents are studied by those far and near,
Who many a cartridge reclaim and repair.

His Methuselah™ powder’s pure magic withholds
Blades from doing their flips and their folds.

At trade shows, you’ll find him a Segway astride,
Smiling and greeting his peers on the ride.

At home, he cavorts in a room made of glass
That OEMs built with bundles of cash.

He does acrobatics as a teenager can,
As limber and nubile as a much younger man.

For this ingenious and brave pioneer,
We offer an ode to the man we hold dear.

We salute Steve Michlin’s achievements galore,
And hope many more of these pearls are in store. 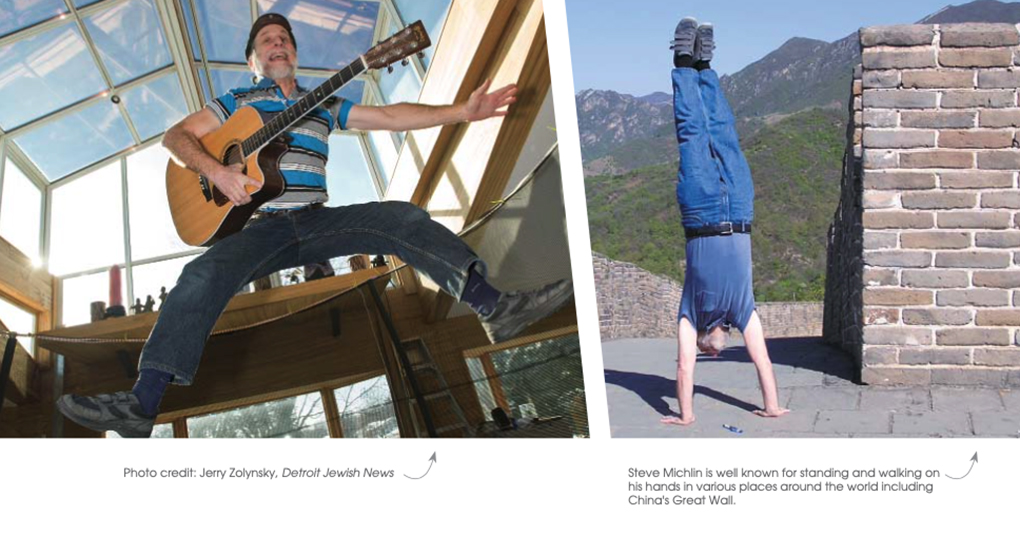 Please add your comments below about this news story, “Engineer Solves Printer Problems with 39 Patent Inventions.”