You are here: Home /News/Aftermarket/Consumers Each Seek €150 Compensation from HP

Consumers Each Seek €150 Compensation from HP 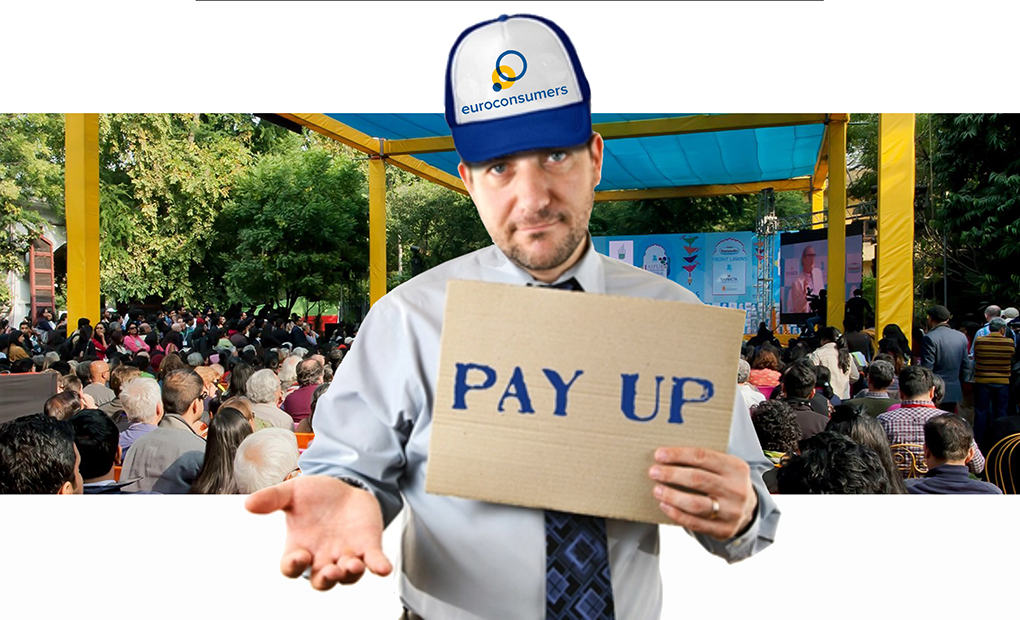 Euroconsumers, a giant and influential consumer cluster, has sent an open letter to HP Inc. requesting the OEM pay damages to consumers in Italy, Belgium, Spain, Portugal and Brazil for the failed compatibility of its printers with third-party cartridges.

They are demanding compensating damages for USD 100-150 (€150) per consumer as was paid to consumers in the USA.

In the letter dated May 3, 2021, HP is urged to immediately stop the misleading, detrimental and anticompetitive practice.

The group is concerned that HP has promoted that its printers were compatible with third-party cartridges since at least the end of 2016, while in practice they were not.

This HP practice linked to planned obsolescence is not only illegal, but it is also irresponsible, according to the consumer group. “It causes financial detriment to consumers and willfully increases the volume of waste when we should put all efforts on reducing it. It is moreover totally unacceptable that HP takes over the control of consumers’ devices for its own benefit, by reading printer information and pushing updates without them knowing about it. Users should be in full control of their own devices.”

The consumer group claims it has a strong case against HP:

For these reasons, Euronconsumers and its members request HP to compensate each HP printer owner in Italy, Belgium, Spain, Portugal and Brazil affected by these practices with an amount of up to EUR 150, just like they did in the United States.

In case of no satisfactory answer, Euroconsumers is ready to launch a class action to get proper redress for consumers.

Gathering five national consumer organisations and giving voice to a total of more than 1.5 million people, Euroconsumers is a world-leading consumer cluster in innovative information, personalised services and defence of consumer’s rights. It works closely together with Consumers International to ensure consumers are safe, that markets are fair and benefit from honest relations with businesses and authorities. Its European member groups are also part of the umbrella network of BEUC, the European Consumer Organisation. Together they advocate for EU policies that benefit consumers in their daily lives.

Please add your comments below about this news story, “Consumers Each Seek €150 Compensation from HP” or join the conversation on LinkedIn.