You are here: Home /News/OEM News/HP Fined for Unfair Practices 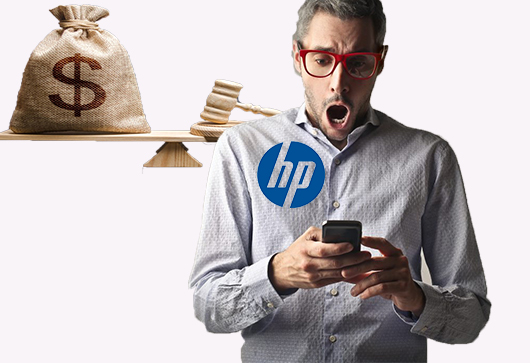 According to telecompaper.com, Italian antitrust watchdog AGCM has fined Hewlett-Packard a total of EUR 10 million for using “misleading and aggressive” practices to limit the use of non-original cartridges for its printers. Following a detailed investigation, the watchdog accused HP Inc and HP Italy of introducing significant restrictions on the use of non-genuine ink and toner cartridges in many inkjet and laser printers sold to consumers.

The watchdog has given HP 60 days to submit a report on the steps taken to comply with the order, and 120 days to amend sales packages to clearly indicate the restrictions on non-original cartridges and toners according to the installed firmware.

The SEC said some HP regional managers used incentives to accelerate, or “pull in,” sales they expected to materialize in later quarters.

It also said managers in one region sold steeply discounted supplies to distributors known to resell HP products outside their own territories, “cannibalizing” sales from local distributors and violating company policy.

The SEC said HP did not timely disclose to investors how these practices, which occurred in 2015 and 2016, were reducing margins and boosting inventories at the Palo Alto, California-based technology company.

The company did not admit or deny the SEC’s findings, and agreed to a cease-and-desist order. An HP spokeswoman said the company was pleased to settle.

Please leave your comments to the story “HP Fined for Unfair Practices” below.