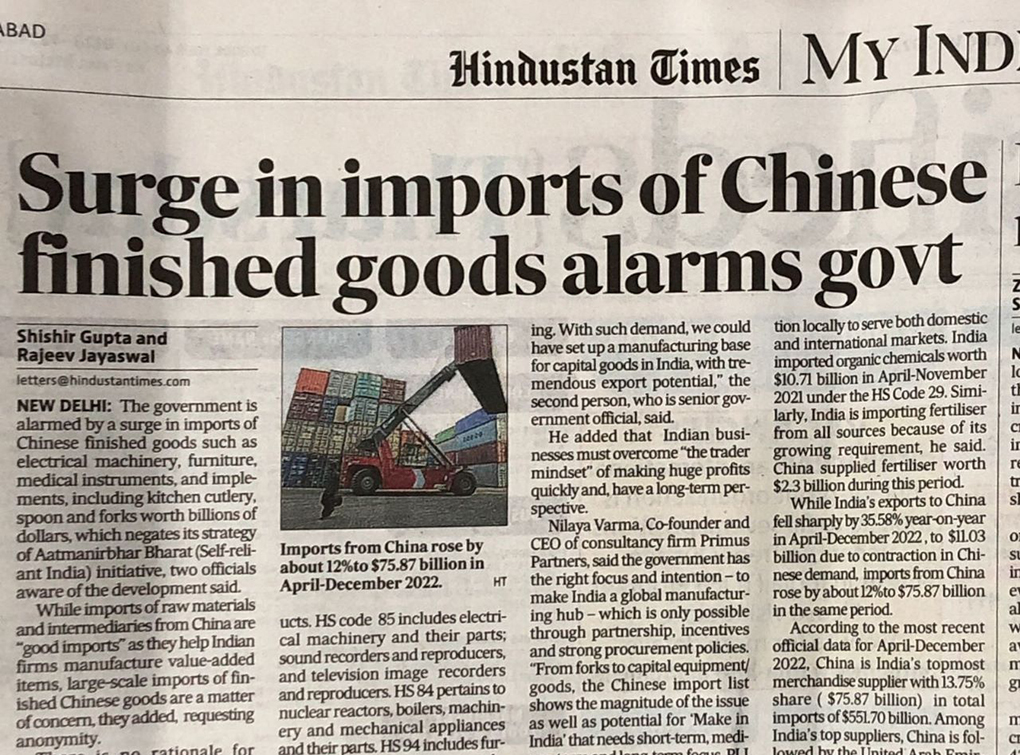 The Indian government is said to be alarmed by a surge in imports of Chinese finished goods worth billions of dollars. The government is concerned about its Aatmanirbhar Bharat (Make in India) strategy.

A copy of the Hindustan Times was sent to RT Media by a printer cartridge businessman in India The news story claimed India’s exports to China fell sharply by 35.58% year-on-year in April-December 2022, to US$11.03 billion due to a contraction in Chinese demand. At the same time, imports from China rose by about 12% to US$75.87 billion in the same period.

The most extensive finished goods imports are electrical machinery, including printers and printer cartridges, furniture, medical instruments, and implements.

Imports of raw materials from China are viewed as being “good imports” as they help Indian businesses manufacture value-added items. However, large-scale imports of finished Chinese goods are a matter of concern according to two anonymous government officials.

“US$17.68 billion imports under HS 84 and US$1.97 billion under HS 94 were unnecessary,” one official said. “Most of these items could have been produced locally.” 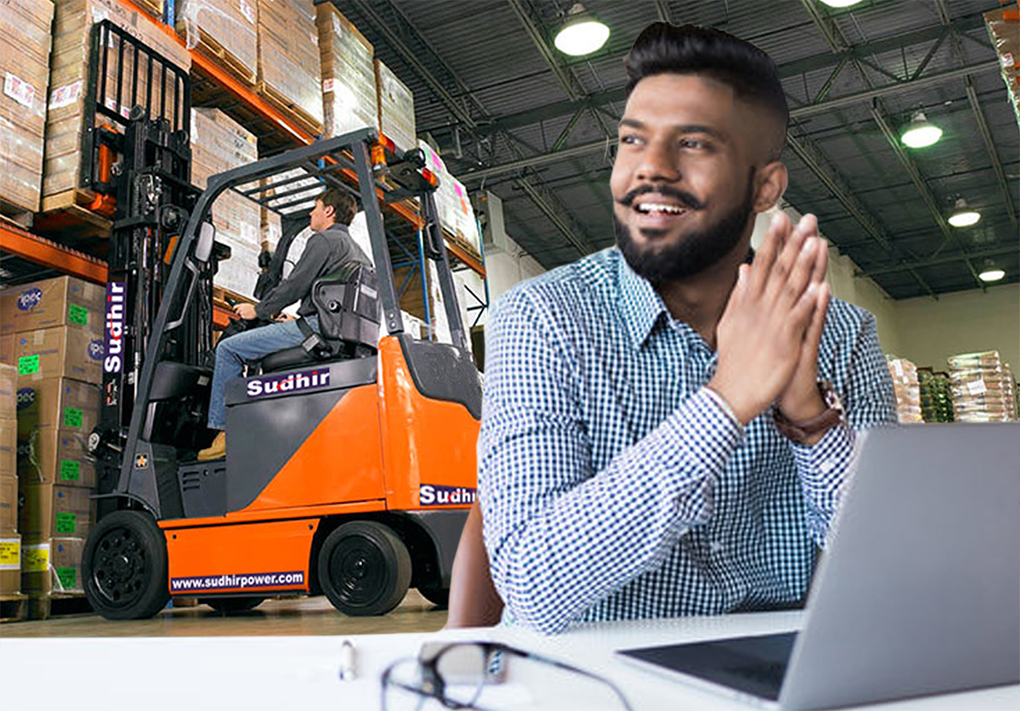 “It is surprising India is importing goods worth about $20 billion every year from China. Cumulatively, it is $200 billion in 10 years, which we could have easily saved through local manufacturing. With such demand, we could have set up a manufacturing base for capital goods in India, with tremendous export potential,” the second senior government official said.

He added that Indian businesses must overcome “the trader mindset” of making huge profits quickly and, have a long-term perspective.

Please add your comments below about this news story, “Chinese Imports Surge in India.”