In a curious turn of events, Canon has been sued by Flexiworld Technologies Inc. for patent infringement.

The suit claims Canon infringed five of Flexiworld’s patents that all involve wireless printing. The printers involved in the suit include, but are not limited to, Canon’s imageClass and imageRunner wireless printers.

Canon has recently been extraordinarily active in protecting its voluminous portfolio of patents against Asian cartridge manufacturers and has issued cease-and-desist letters to dozens of cartridge sellers on social media.  It has also demanded an ocean of products be removed from Amazon as well, all in the name of infringement and to the delight of U.S. cartridge remanufacturers.

Flexiworld: An Asian invention company or a Patent Troll? 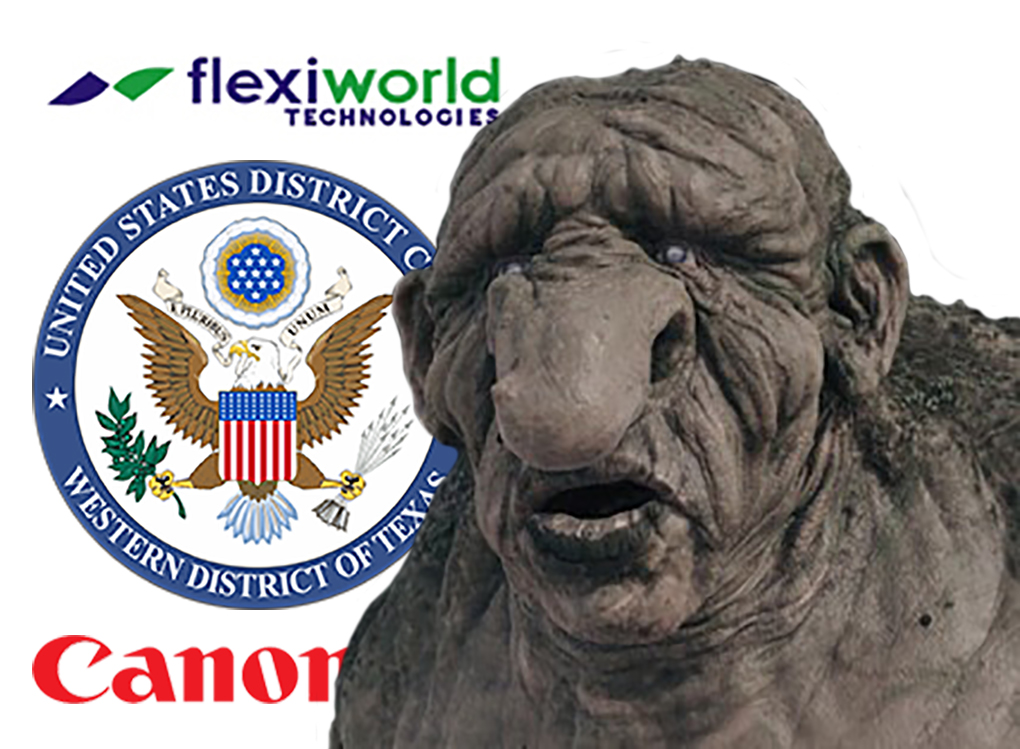 According to its website, Flexiworld was founded in Portland, Oregon in 2001 by William Ho Chang.

Mr Ho was previously an inventor for Sharp.  “Flexiworld is a pioneer and a leading provider of pervasive wireless technologies,” the website reads.

However, the website also appears to be somewhat inactive, as the most recent press release in the news section is dated October 7, 2005.

Only the patents section has any recent listings, with patents added in late 2019.  And they have been active in litigating over its patents with other recognizable names.  In June 2020, Flexiworld targeted Amazon in a suit claiming infringement on patents through the sale of Amazon Echo smart speakers and related smart devices. The complaint, which was also filed in the U.S. District Court for Western Texas, states that infringement can be found in “its Echo Buds, Echo Devices, Echo Show Devices, Fire Tablets, and/or Fire TV Devices.”

Flexiworld, if a patent troll, is following many of its brethren in a rush to file cases in the Waco federal court.  A new judge there opened the floodgates by inviting patent cases to be filed there and creating a very hospitable legal environment for them.  Waco is clearly a long ways from Oregon or Washington, wherever Flexiworld is currently located.

In any event, the case will be one more to follow among Canon’s host of current interesting cases.

Please add your comments below about this news story, “Canon to Defend New Suit with Bold New Unknown Plaintiff.”