You are here: Home /Features/Profiles/Too Late to Vertically Integrate

Too Late to Vertically Integrate —the leaders started 40 years ago 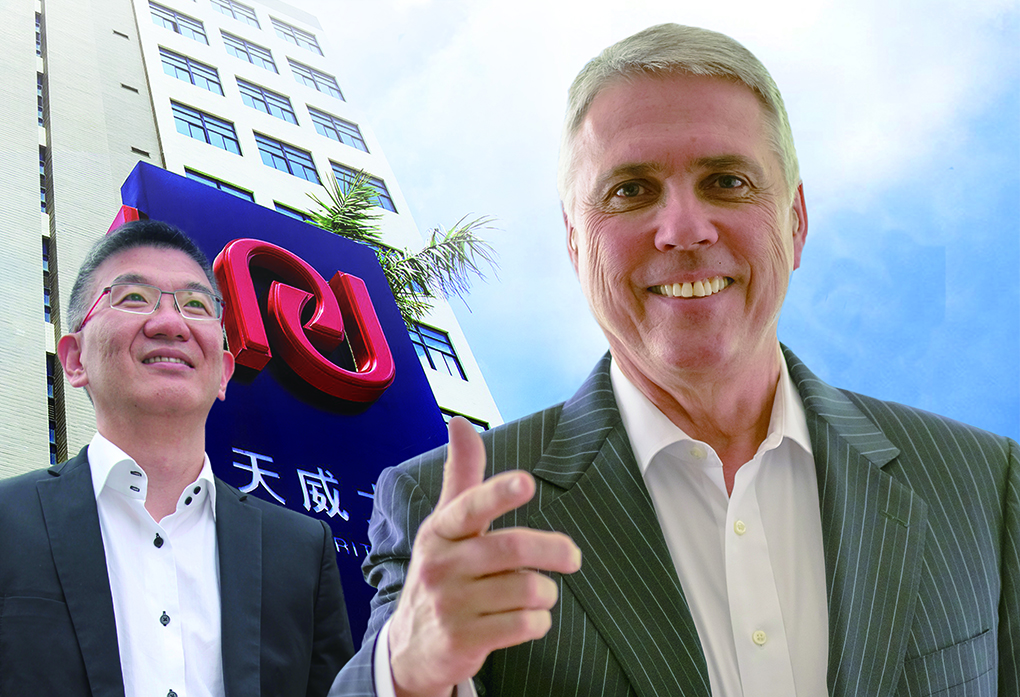 Most business managers choose to focus on core strengths and outsource to others what they cannot do something themselves.

In our industry, for example, most remanufacturers focused on the “art” of remanufacturing ink and toner cartridges, relying on the skills of other companies for the making of component parts, inks, toners, plastics, chips and OPC drums. There’s nothing wrong with that, but it does mean being dependent upon others in order to make your remanufacturing business model work.

At the start of the 1990s, when cartridge remanufacturing kicked off, there was a frenzy of activity among companies to position themselves for success within a new and potentially highly-rewarding industry.

Remanufacturers started small and focused on mastering the HP SX cartridge—not HP’s first cartridge, but it’s second. The first was the CX and was not hugely successful. But the SX, made by Canon, was a runaway success. Eighty per cent of all installed printers at one time used the SX engine, creating a high volume of empty cartridges that fueled the global growth of cartridge remanufacturing.

Fuji OPC devices made the first OPC drum available for the SX and partnered with Copylite in the USA for distribution. These first SX drums were selling for about $28.00, each with costs less than $3.00. It opened a floodgate with many other companies wanting to invest and join in the making of OPCs. Manufacturers of mag rollers, developer rollers and cleaning blades soon appeared. Silicon oil wands for the fuser assembly were made by Static Control.

With green flocking just like the OEM’s, the flocking technology was a nightmare to master. However, as with all these technologies, it was one step at a time, with companies hoping the investment would pay off with high product volumes and long-term demand.

Chips did not appear until 2000. At first, many thought customers would accept cartridges without a chip. That did not last long and thankfully many firms started to invest in chip design and manufacturing. Simple designs and simple chip technology did not last long as the OEMs continued to make their chip designs evermore complex with encryption. Chip design and chip making became key in an industry that relied on the chip being available to remanufacture the cartridge and make a sale to an end-user.

There were many companies in the supply chain that focused their special talents to produce the components, the inks and toners needed to support a fledgling industry.

Remanufacturers relied upon the continuous development of new products from these companies in order to keep up with the new cartridge demand and opportunities.

It was pointless having the toner and the OPC to remanufacture a new cartridge if there was no chip available to launch the product.

But the chip was the major hurdle, with few developers willing to invest in an uncertain journey of time and money, unsure if they could ever bring a chip to market. Remember the T650 Lexmark chip? It took more than three years to develop and cost close to $4 million to bring to the market. It finally launched at $45 a chip.

Print-Rite Was the First

At least one company took a different route. The Print-Rite Group (the Group) was established in 1987 and based in Hong Kong. Formerly known as A&J Trading, it was founded in 1981. The Group, under the leadership of Arnald Ho, wanted to be less reliant on others to establish a successful business.

Vertical integration has many pros and cons and requires a leader with great foresight and vision, determination and confidence to pull it off.

Instead of operating solely as a manufacturer, distributor or retailer, a vertically-integrated company can perform the roles commonly carried out by a number of product-specific suppliers, usually decreasing product manufacturing costs, bringing the technologies together, expanding knowledge and intellectual property and in the process relying less on outside contractors for continued success, and greater control. 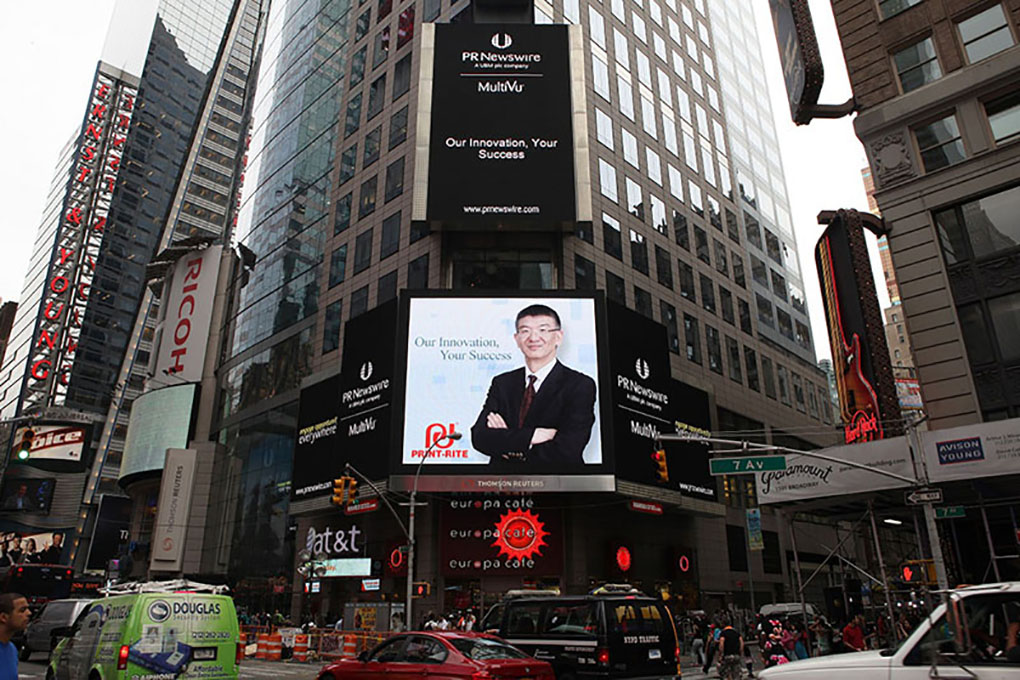 Vertical integration has many pros and cons and requires a leader with great foresight and vision, determination and confidence. Print-Rite bucked the trend over the last 40 years and today, enjoys an unrivalled reputation globally as a tier-one manufacturing company, making its own inks, toners, OPCs and plastics. The ICMI toner plant was purchased in 2000 and the Group acquired the AEG OPC plant in 2010, now called APS. Chip development started in 2000. The Group became less dependent and more self-sufficient as it built its global business over the last 40 years.

Print-Rite’s larger than life founding CEO Arnald Ho was profiled in Times Square, New York, has been recognized with enterprise awards and as a loyal and outspoken champion of imaging industry associations.

A vertically-integrated company can acquire various technologies, but without innovation to pool the resources and technologies together, it is hard to capitalize upon the investments made.

Innovation is the key to drive patents and new products that open up new markets, new sales opportunities and creates advantages over the competition. The group today owns around 3,000 patents and is seen as a leading industry innovator providing almost everything related to 2D products.

Recently its European subsidiary PRPS GmbH launched its Pelikan-branded bio-based range of toner cartridges that significantly reduces the CO2 footprint and utilizes a bio-based toner of 48 per cent organic materials and a bio-based plastic that uses 57 per cent organic materials. The result: the most eco-friendly range of toner cartridges available. A great example of technology integration and innovation at work in the Group.

As our industry changes direction and OEMs shift business models to adapt to changes, the need to be agile and sure-footed to adopt efficient operational structures enhances the competitive profile of the business. Vertical integration and outsourcing are viable approaches that can go hand in hand. Outsourcing frees up capital and can buy time when doing everything yourself sounds good but sucks up cash flow and takes time to get it right.

The Group made and sold their first IP- safe compatible product in 1984, a ribbon that went on to be highly successful to the business. Patent-safe compatible products require the integration of different technologies, talents and patent know-how. This includes the ability to understand all the relevant valid patents, reverse engineer and be able to develop ‘design-arounds’ that ensure the final product performs equally as well as the original—without infringing the OEM patents. That’s much easier said than done.

That is why the Group led the way in IP- safe compatibles. It should be noted these IP-safe compatibles have been legitimized further, in recent times, with some major OEMs preferring to sell them over remanufactured cartridges in order to drive higher profit margins on contracted printers.

For 40 years, Print-Rite has successfully used a model of vertical integration to gain control, be less reliant and dependent on vendors, to expand its technology understandings and to build a powerful patent portfolio that sets it apart from its competitors. As resellers take a page out of the OEM book and switch to IP-safe compatibles for bigger margins, the Group is in the right place at the right time with the right IP-safe compatible products.

It is too late to vertically integrate now in this industry but maybe we will see some backward vertical integration as resellers start to acquire their suppliers or start manufacturing on their own.

It’s never easy at the top making these type of business decisions, but as the well-known saying rings in our ears: “it ain’t over till the fat lady sings.” ■

Steve Weedon is an award-winning CEO who has held senior management positions at various OEMs as well as Katun Corp and SCC. He is the Chief Executive Officer of Print-Rite Europe Limited, and Print-Rite Pelikan GmbH Germany.

Weedon is a popular columnist in RT ImagingWorld Magazine and speaker at RT Summits and events. You can read his other blogs:

Please add your comments below about this article, “Too Late to Vertically Integrate” or join the conversation on social media on LinkedIn.