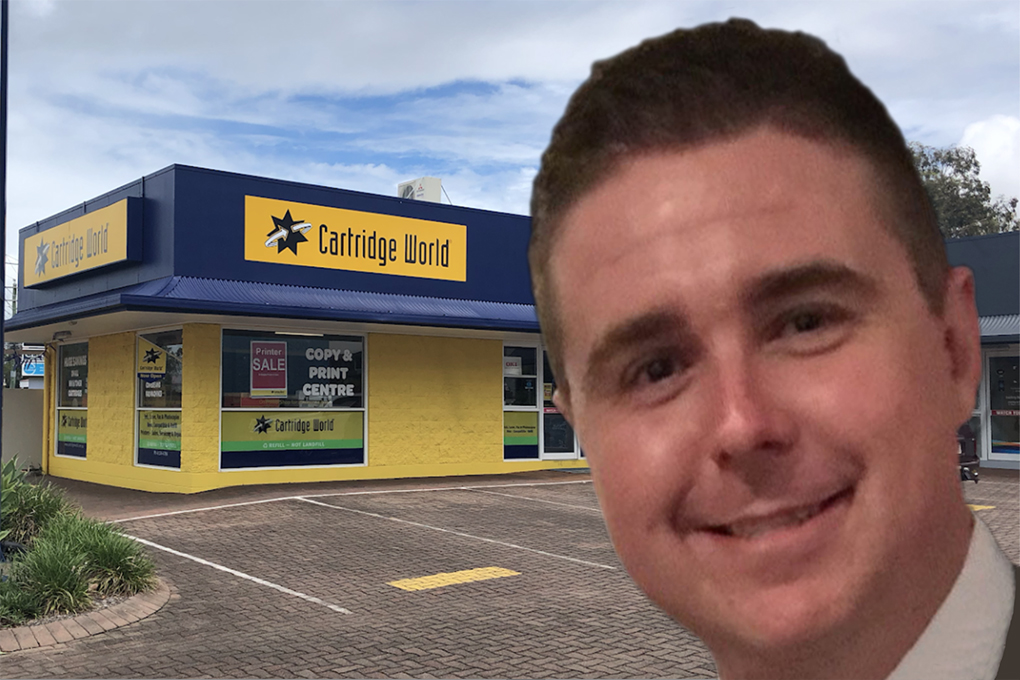 An award-winning Cartridge World store in Queensland, Australia has splashed out on eye-catching vehicle decoration to continue its booming business.

Even in a pandemic-riddled year, Chris Smith (pictured) is beaming.  He is the store manager and owner of the Cartridge World Hervey Bay and Maryborough which has been placing printers into home offices and businesses. “The fact is we are moving more and more devices every week and we had outgrown the smaller hatchbacks and sedans,” Smith told RT Media.

Smith said he needed something that would catch the eye of the public as the vehicle is driven around town to make its deliveries of devices to be installed as well as service calls. 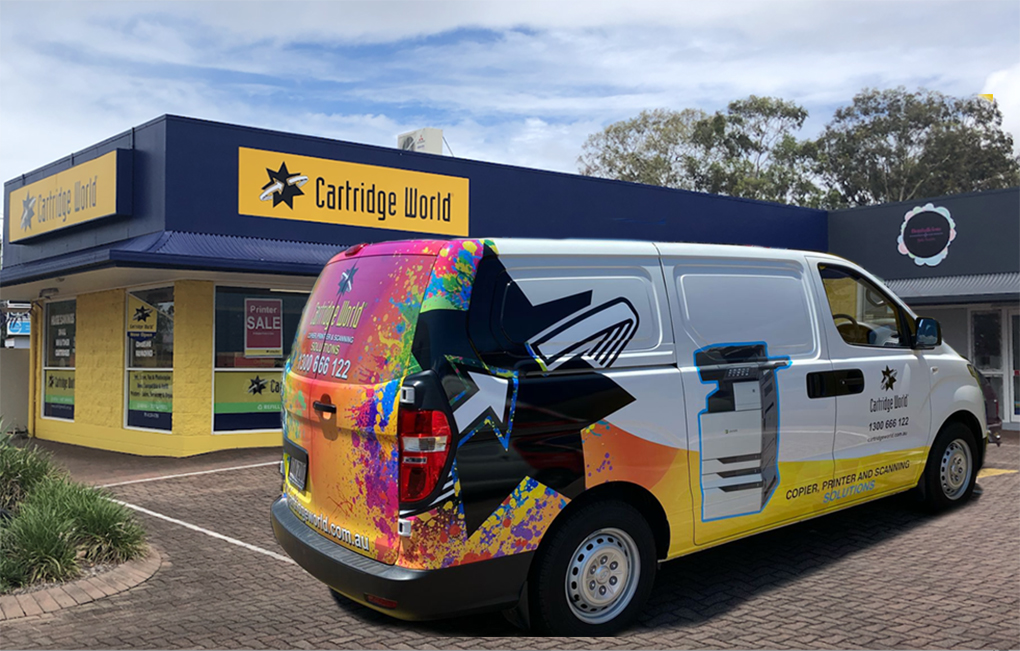 So he purchased a larger vehicle and took it to Wolfpack Print Alliance, a signage decorator, to have it “wrapped”.

“The van will give us a better ability to service clients in a timely matter throughout our region. We chose the design as it is different from anything else out there we had seen,” he added.  He explained he wanted corporate logos included to promote the Cartridge World brand.

The newly decorated van has caught the attention of many on social media which led to the Global CEO of Cartridge World, Edwin Lui who congratulated Smith.