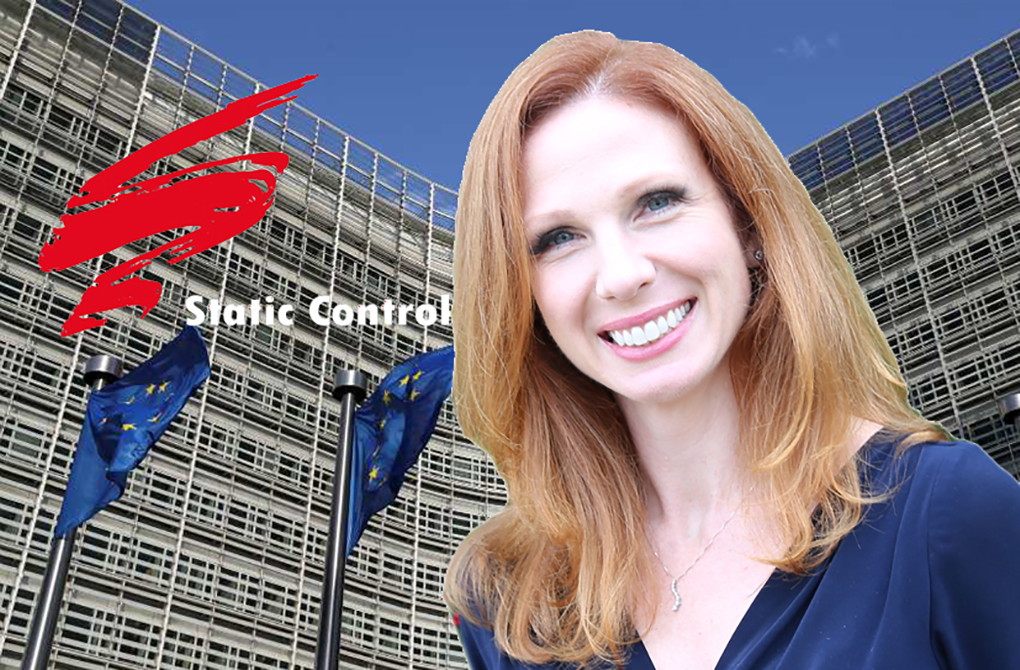 The General Counsel for Static Control Components  (SCC). has written a forthright letter to the European Commission over its Industry Voluntary Agreement (VA) related to imaging equipment and consumables.

Elizabeth (Beth) McKee (pictured) who is based at SCC’s headquarters in North Carolina, USA wrote on behalf of Static Control Components (Europe) Limited. She urged Stefan Moser and Natalia Lazarova, the Director Generals for Energy and Competition respectively at the European Commission in Brussels.

“The negotiations leading up to the proposal were not sufficiently transparent and that the proposal itself distorts competition in the markets for printer consumables as well in the upstream markets for components,” she said in her open letter.

Writing on behalf of SCC, McKee added she is alarmed by the anti-competitive barriers to entry to becoming a Supporting Signatory of the VA which locks out a large number of remanufacturers who are active in the EU markets for printer consumables. “Static Control believes that the VA lacks ambition and is not fit for purpose. As currently proposed, the VA allows for the EU Commission to be viewed to condone and approve anticompetitive practices.”

Subject: Comments on EU Commission Presentation of Industry Voluntary Agreement to Improve the Environmental Performance of Imaging Equipment and Consumables on 9 December 2020

I am writing behalf of Static Control Components (Europe) Limited (“Static Control”) in response to the call for comments on the proposed Voluntary Agreement (VA) on Imaging Equipment at the conclusion of the meeting on 9 December 2020. The presentation of the proposed draft VA and explanations thereof did not address the serious concerns raised by Static Control and others present regarding the way the negotiations leading up to the proposal were not sufficiently transparent and that the proposal itself distorts competition in the markets for printer consumables as well in the upstream markets for components.

Static Control is alarmed by the anti-competitive barriers to entry to becoming a Supporting Signatory of the VA as set forth in Section 9 and Annex A of the VA. During the comment period, other stakeholders expressed similar concerns and questioned the basis for how certain criteria supported the stated objective to achieve a circular economy. In particular, stakeholders echoed Static Control’s concern about the requirements for a Supporting Signatory to have a “substantial operational establishment within the EU” and for “Remanufactured Cartridges, Refilled Cartridges, Remanufactured Containers and Refilled Containers must make up at least 80% of all Cartridge and Container units produced or made available by a Supporting Signatory”.

Stakeholders questioned the definition of the term of a “substantial operational establishment in the EU”. The presenters waivered on a direct answer alternating between revenue and physical establishment requirements, illuminating the subjectivity and discriminatory nature of the criteria. Stakeholders equally questioned the requirement for 80% remanufactured or refilled consumable of the Supporting Signatories range as most smaller remanufacturers sell components and new build cartridges to fill out their product range.

Additionally, when reviewing the timeline presented for applying to be a Supporting Signatory, there is a substantial time delay in which Supporting Signatories are unfairly advantaged in the market. For example, the membership window is a thirty (30) day period in the months of September and October of each year in which potential Supporting Signatories may apply. Thereafter there is a sixty (60) day window for the SC to respond to potential Supporting Signatories. This occurs on an annual basis and therefore the current Supporting Signatories have twelve (12) month period where they have complete and total access to the OEMs for firmware updates and components. If a company is not accepted in this first round, the new window for applications is not until September/October of 2022. This process will allow the very top remanufacturers in the EU, who happen to also be the representatives of the remanufacturer group, to have a competitive advantage over their peers and exclude the very companies they are supposed to represent.

Such restrictions of competition contained in the VA bear no reasonable relationship with the environmental and circular economy objectives of this agreement, and would therefore not qualify for an exemption under Article 101(3) TFEU. Indeed, Static Control fails to see why restricting access to Supporting Signatory status to companies who have a “substantial operational establishment in the EU” and/or whose business consists of more than 80% in remanufacturing or refilling consumables, would be “indispensable” to achieve the benefits pursued by the VA. On the contrary, the exclusion of a wide array of remanufacturers is likely to adversely affect the Commission’s objective to achieve a circular economy for printer cartridges. To the extent that there are legitimate reasons to apply membership criteria, such as combating counterfeiting of OEM products, these can be achieved through less restrictive means. Furthermore, the use of ill-defined and arbitrarily prohibitive requirements that lock out of much of the remanufacturing sector will suppress innovation; this is precisely the opposite of what is required to nurture the development of a circular economy for toner and ink cartridges.

Access to Supporting Signatory status is absolutely critical to non-OEM suppliers’ ability to compete in EU markets for printer consumables. Without it, non-OEM suppliers have no access to critical information to ensure compatibility of their products with the OEM’s devices, nor any protection against strategies by OEMs to undermine such compatibility through firmware or software updates or other means.6

The European Commission now must decide whether this industry VA is a valid alternative to an implementing measure under the Ecodesign Directive. For the reasons stated herein, Static Control believes that the VA lacks ambition and is not fit for purpose. As currently proposed, the VA allows for the EU Commission to be viewed to condone and approve anticompetitive practices. Static Control again urges DG ENER not to accept the proposed VA as a valid alternative to an implementing regulation under the Ecodesign Directive at least until appropriate revisions have been made to the VA to ensure such FRAND access. Static Control requests the DG ENER to initiate a procedure under the Ecodesign Directive to ensure a fair and considered process to achieve its commendable objectives of a circular economy with respect to toner and ink cartridges.