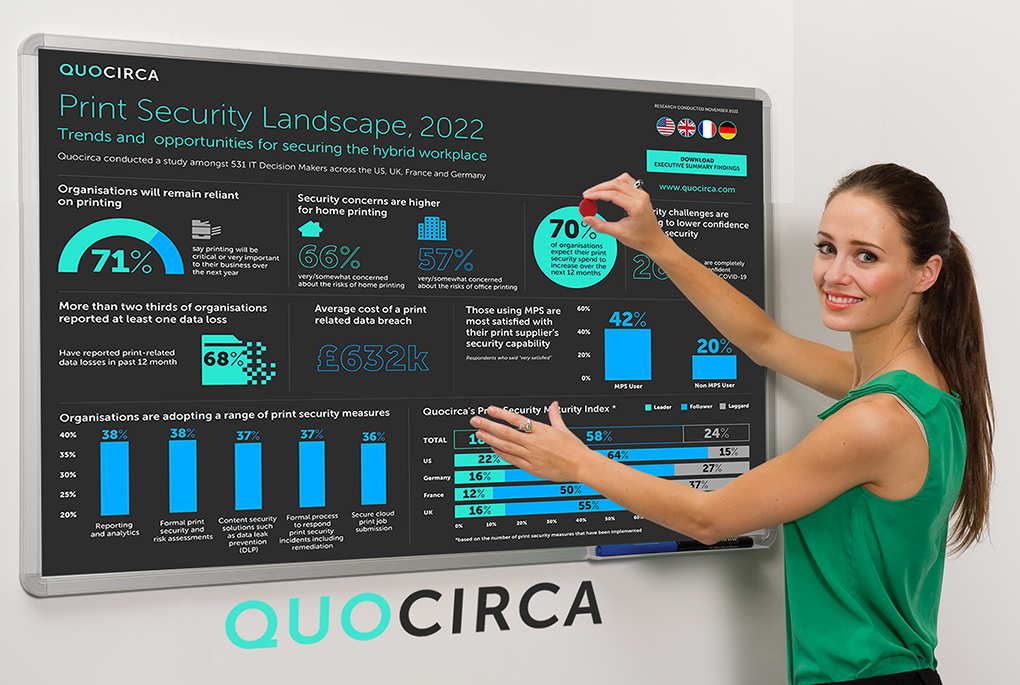 The latest research reveals organisations are struggling to keep up with the print security demands of the hybrid workplace.

According to Quocirca, which has published findings in its Global Print Security Landscape Report 2022, Workers continue to rely on print, and the distributed nature of the print infrastructure has expanded the risk environment.

The study analyses the views of 531 IT Decision Makers from SMBs, mid-sized organisations and large enterprises based in the US and Europe. 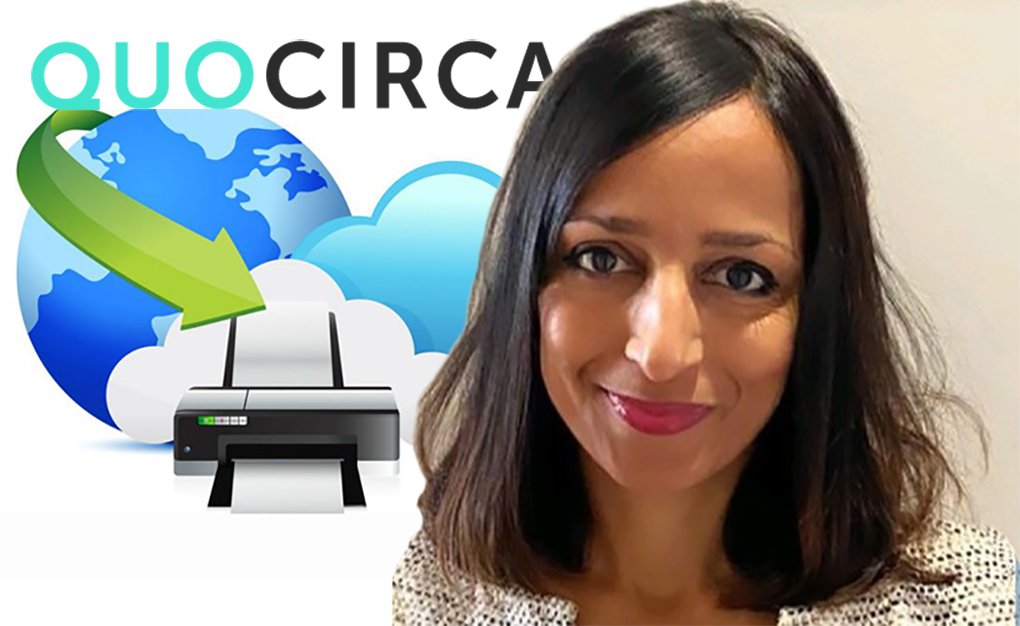 Commenting on the findings, Quocirca research director Louella Fernandes (pictured right) said: “Despite rapid digitisation over the past eighteen months, organisations continue to rely on printing.

“Now, however, printer estates have expanded to include home offices and employee-purchased devices, increasing the risk of accidental data loss and cyber-attacks.

“Organisations are finding it harder to keep up with print security challenges and they are suffering costly breaches as a result.”

Signs of complacency over print security

53% of respondents say that IT security is a general priority for the coming year but print infrastructure security specifically is lower on the agenda, coming in behind concerns such as cloud or hybrid application platforms, email, public networks and traditional endpoints.

Louella cautions against overlooking print infrastructure risk: “This year several print-related vulnerabilities have surfaced, underlining the fact that printers and MFPs are endpoints like any other. In fact, as more intelligence is added to even basic printer models, their potential to be weaponised by bad actors increases. Added to this, businesses have low visibility and control over home-based devices and document disposal. Organisations should implement good print security including revising BYOD policies to include home print devices, employing content security solutions and conducting formal risk assessments.”

The study asked ITDMs whether they have implemented any of 11 common security measures that protect the print infrastructure. Reporting and analytics, and formal print security and risk assessments, were the most frequently used while one-third of organisations have adopted a zero-trust security architecture. 37% have content security solutions such as data leak protection (DLP) in place, while 31% have implemented pull printing.

Quocirca’s Print Security Maturity Index ranked organisations as “Leaders” if they had deployed six or more of the measures listed. “Followers” have implemented between two and five measures, while “Laggards” have implemented only one or none of the measures. Overall, 18% of respondents fell into the leader category, 58% were followers and 24% were laggards. There was regional variation, with 22% of US respondents being leaders, while 37% of French respondents fell into the laggards category.

“There is a clear opportunity here for suppliers to support customers in securing their print infrastructure and lower the risk of data loss,” advised Fernandes. “By developing multi-layered security solutions – partnering with experts where necessary – print suppliers can elevate their relationship and retain relevance with customers. Our research found that at present organisations don’t see the value print suppliers can add on security – they are far more likely to consult an MSSP if they have any concerns.”

Only 28% of ITDMs are very satisfied with their print supplier’s security capabilities, but this rises to 42% among those that use a managed print service. They are more aware of security issues but more confident that these are being well-managed by their partner. MPS users also indicate greater confidence in print infrastructure security post-COVID with 37% reporting complete confidence compared to only 22% of non-MPS users. 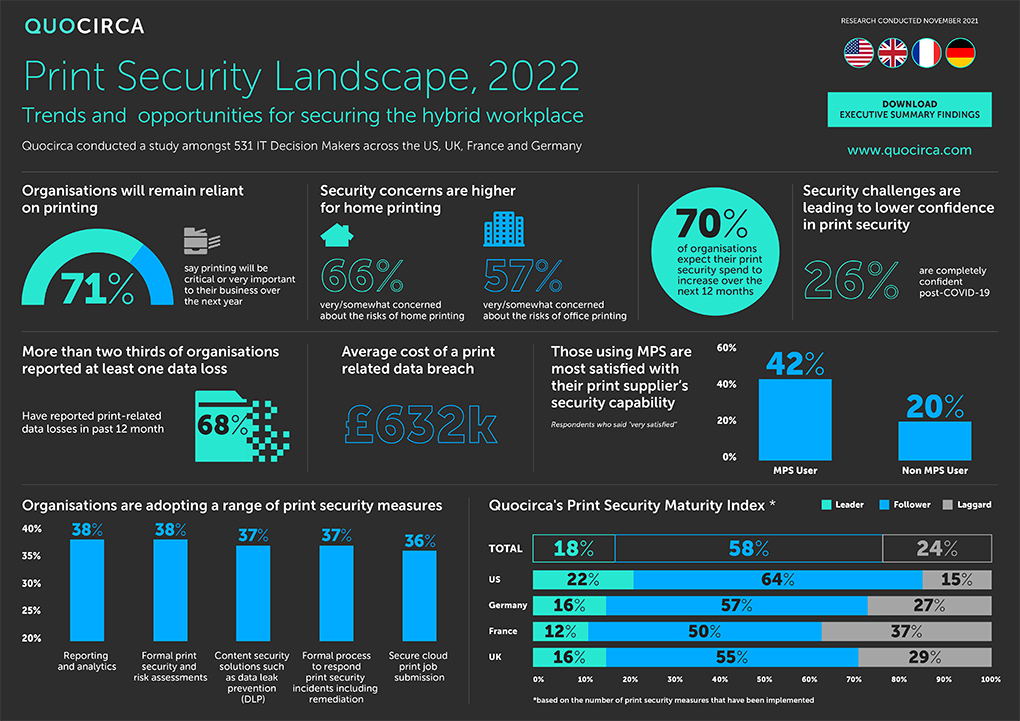