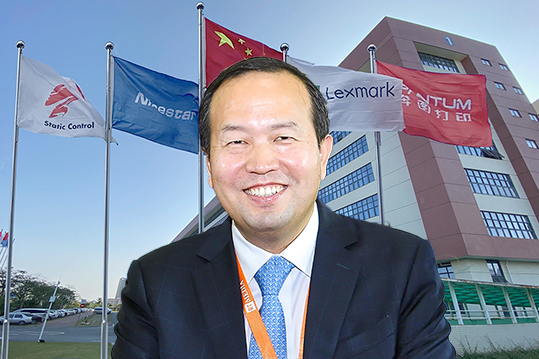 According to Huatai United Securities, Ninestar has completed the acquisition of 100% shares of Pantum at a deal price of RMB 6.6 billion (US$925.52 million).

Completed the asset delivery with Pantum in October 2021, Ninestar issued the supporting fundraising of RMB 5 billion (US$784.97 million) recently, making it the largest supporting financing in China in 2021.

Back in July 2021, RT reported that Ninestar announced it would acquire all of the Pantum shares as part of a major restructure for the publicly listed company.

According to the information posted on China Listed company website cninf.com.cn,  Ninestar is planning to acquire all Pantum shares from shareholders of Zhuhai Pantum Electronics Co. Ltd by means of issuing stocks as well as cash. At the same time, it will also raise matching funds. “The transaction is expected to constitute a major asset restructuring of the listed company.”

China United Assets Appraisal Group revealed in August that Ninestar would buy the 100% Pantum shares from 15 individuals (including Jackson Wang, CEO of Ninestar, Dongfei Li, Yangyun Zeng, Rusong Lu) as well as 6 companies (including Xiamen Pantum HeYe, Xiamen Pantum FengYe, Xiamen Pantum HengYe). After the transaction, Pantum will become a wholly-owned subsidiary of the listed company Ninestar. The transaction price is expected to be RMB 6.6 billion (US$925.52 million).

Prior to the transaction, Pantum has been placed in the custody of the listed company Ninestar. It is said that the transaction will help to further exert synergies, help the horizontal integration of the listed company’s industrial chain, and complete the whole industrial chain layout range from parts to printer equipment and print management services.

Please leave your comments below to the story “Ninestar Completes Acquisition of Pantum.”

Save Your Ink Usage on Your DeskJet IDC: Indonesia Home/Office Printer Market Grows in Q3
Scroll to top