Sales of inkjet multifunction printers fell sharply in April 2021 by 11.3% year-on-year in terms of units.

According to a report published by the IT market intelligence company, Context,  European distributors experienced the crash after having remarkable growth in February (+29%) and March (+10.5%).

The United Kingdom was the only country in Western Europe to see a growth in inkjet MFP sales of 13.2% in April, albeit smaller than the increases this country saw in February and March.

In spite of the decline in sales of the number of MFP units on the continent in April, the revenue generated during this month increased by 8.2% year-on-year. More expensive entry-level or mid-range business printers (both inkjet and laser) were purchased instead.

According to Context, a severe shortage of both consumer and entry-level business inkjet MFPs during April is to be blamed for the decline in sales.

Vendors have advised the IT market research company that a shortage of components had a severe impact on their production line. “it is now taking about four months to produce new printers rather than the usual four-week average.”

It is the view of Context that most vendors will continue to face the same issue and that this will have serious consequences for the performance of the print sector in the coming months, particularly as remote working and e-schooling continue to increase demand for consumer printers of all types. 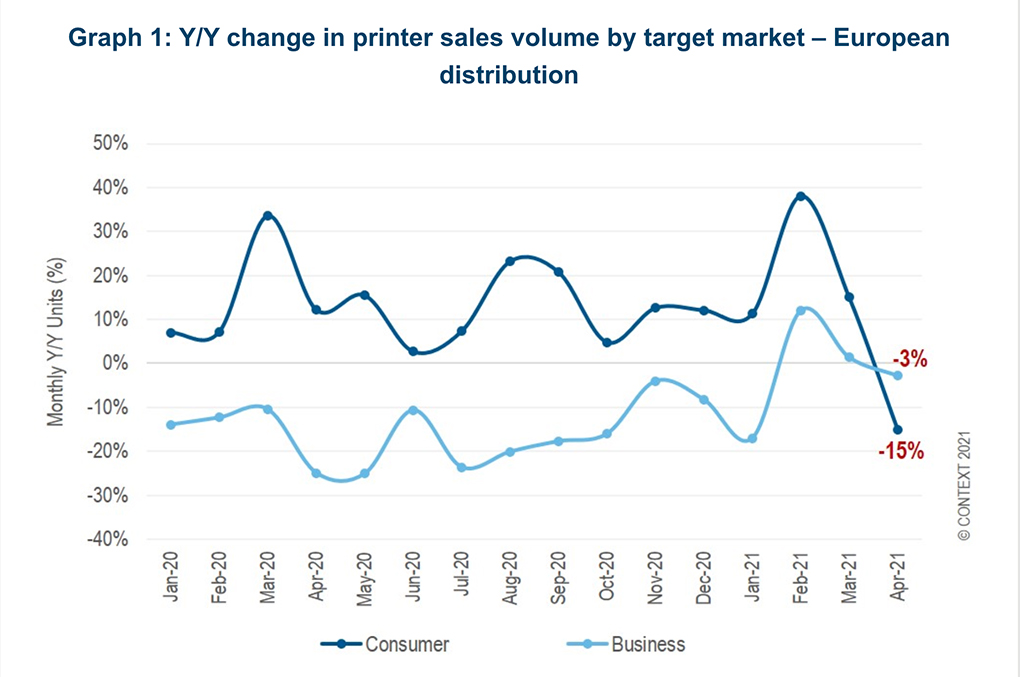 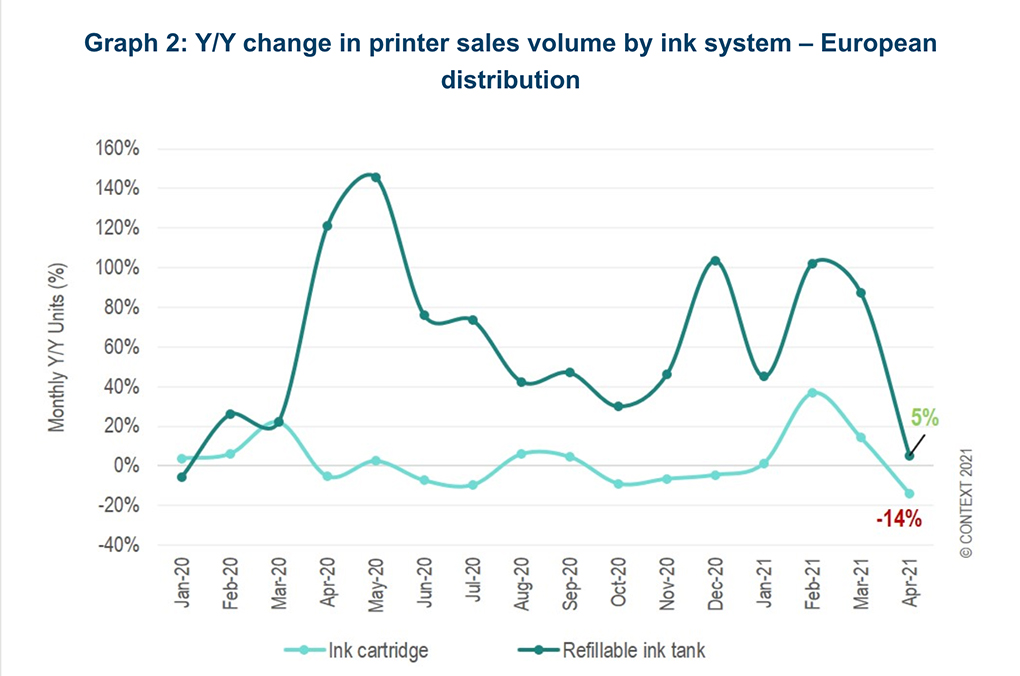 Please add your comments below about this news story, “Inkjet MFP Sales Plunge in Europe During April.”