According to International Data Corporation (IDC), the worldwide industrial printer market recovery from the COVID-19 crisis continued in the fourth quarter of 2020 (Q4 2020).

“Every market segment covered by the Industrial Printer Tracker, from large format printers through packaging and label printing systems, saw growth in Q4 compared to Q3,” said Tim Greene, research director at IDC. “As the year progressed, companies resumed investments in digital printing systems. We’re still not all the way back to pre-pandemic shipment and revenue levels, but the market is clearly recovering.” 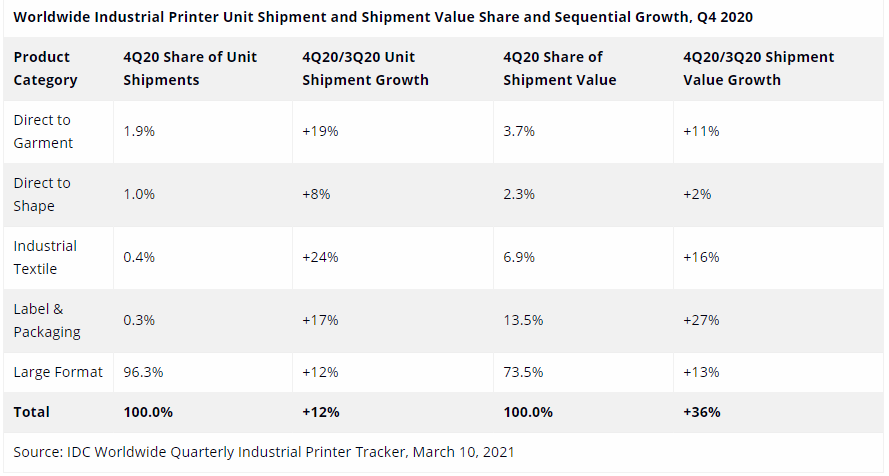 Please leave your comments to the story “IDC: Global Industrial Printer Market Continues to Grow in Q4” below.