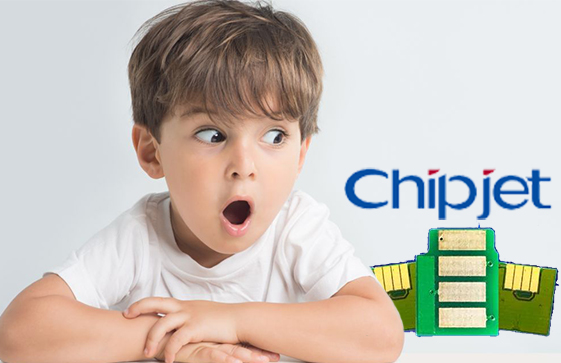 “According to the comparison above, MRAM is on a par with FRAM in aspects like memory technology, chip stability and transportation, and even superior to FRAM in some performance indicators. Chipjet’s non-battery replacement chips for Brother, which adopt MRAM, can store data for at least 10 years without power supply. Therefore, there is no need to worry about chip failure caused by power outage or installation difficulties,” so says a spokesman of Chipjet.

To ensure chip’s effectiveness in the face of OEMs’ updates, most compatible consumable chip manufacturers have to choose SRAM which has similar performance to FRAM, as they haven’t totally mastered FRAM technology yet. However, SRAM is volatile, meaning it needs a sustaining and steady power supply to ensure efficient data storage. Otherwise, when external factors (such as loosening, static stimulation and dead battery) appear, there would be a risk of data loss.

Chipjet has been dedicated to printing consumables chip for over a decade with own chip’s test platform of autonomous intellectual property rights. Now Chipjet’s product range covers multiple fields like Inkjet, LaserJet and copier. Chipjet will satisfy market demands proactively and provide replacement chips with stronger anti-upgrade ability for consumers based on technological advantage and R & D strength.