Chinese officials recently revised content of solid waste import management in the Law of the People’s Republic of China on the Prevention and Control of Environmental Pollution by Solid Waste.

The Ministry of Ecology and Environment, the Ministry of Commerce, the National Development and Reform Commission, and the General Administration of Customs jointly issued an announcement about the revised rules. 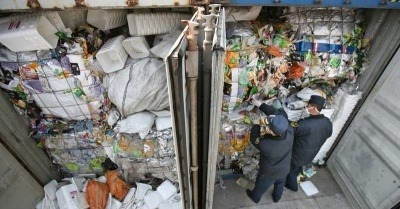 The announcement pointed out that the Ministry of Ecology and Environment will stop accepting and approving applications for import permits for importing solid waste that can be used as raw materials. Those import permits that have already been issued should be used only before the expiry date noted in the permits. That means all permits will lose validity automatically beyond the expiry date.

According to Xinhua news agency, the total ban is the culmination of policies introduced since 2017 to phase out the importing of solid wastes. For example, in late 2017 China banned the import of 24 types of solid waste, including unsorted paper, textiles and vanadium slag. Vanadium slag is a strongly consolidated mass with metallic inclusions. An oxide part of the slag contains compounds of iron, silicon, manganese, vanadium, chromium, titanium, magnesium, aluminium and calcium.

Many people in the global industry will remember the reporting of the dumping of used toner cartridges in Guiyu, China back in 2000-2004. Images at the time, revealed by Imaging Spectrum Magazine, showed millions of cartridges in piles being sorted by men, women and children as parts would be stripped and cleaned, ready for reuse. 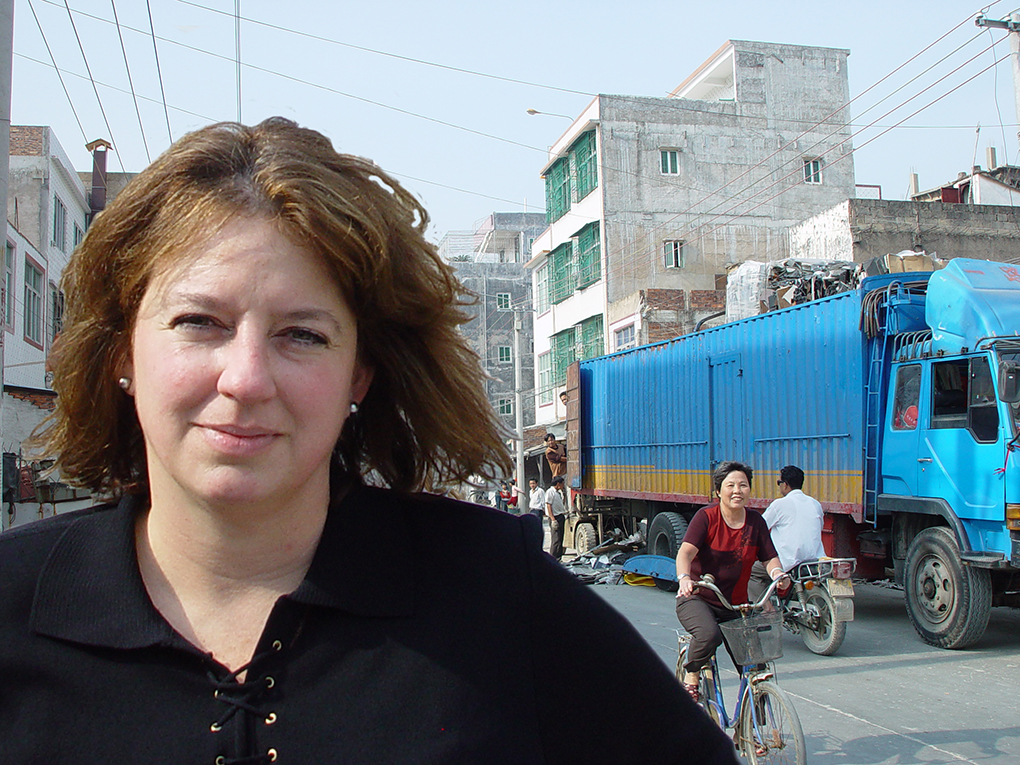 RT Media’s consulting editor, Tricia Judge travelled to Guiyu in 2004. Judge remembers all too well the sights, sounds and smells she encountered from the solid waste problem she saw:

The first things I noticed on the way into town were the trucks and bicycles laden with water containers.  The river and its water table are so polluted that water from these sources was no longer potable.  So water is trucked in around the clock. 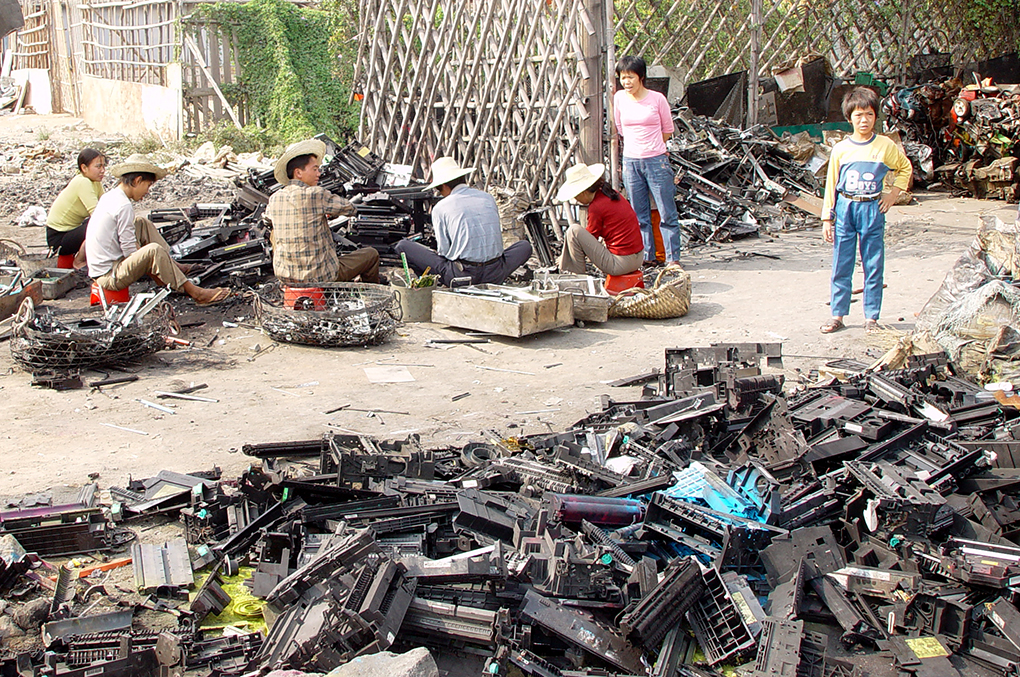 The saddest part of the trip was the children.  I watched as they and their pets, the innocents, played among the piles of ravaged and burned cartridges.

The air was so thick from the burning styrene that my eyes and throat burned soon after arrival.  One in four children had respiratory diseases caused by the omnipresent burn sites.

Entire families were gathered around the piles of cartridges, stripping them of their metals.  They shooed us away.  Although they must have hated the work, they needed it.  They protected it.

Government officials likewise tried to get us to leave, but there was no hiding it.  Street after street, house after house, the electronic waste spilled out.  Fences were made of plastic computer siding.

It took me 48 hours to feel better again, and I couldn’t get the smell out of my clothes and hair for some time.

The state news agency says that China began importing solid waste as a source of raw materials in the 1980s and for years has been the world’s largest importer, despite its limited capacity to process garbage disposal. Some companies illegally brought foreign waste into the country for profit, posing a threat to the environment and public health.

At this stage, it is uncertain how these new regulations will impact the importing of solid waste used as raw materials in the production and reuse of printer cartridges. Some companies have told RT Media they will not be affected.

How will this announcement impact remanufacturing in China? Will this only drive the new-build to become stronger? Is this an argument against globalization and the time to call for a stronger regional aftermarket? Or is it too late, as all of these “boats have sailed?”

Please add your comments below about this news story “China to Ban Solid Waste Imports.”