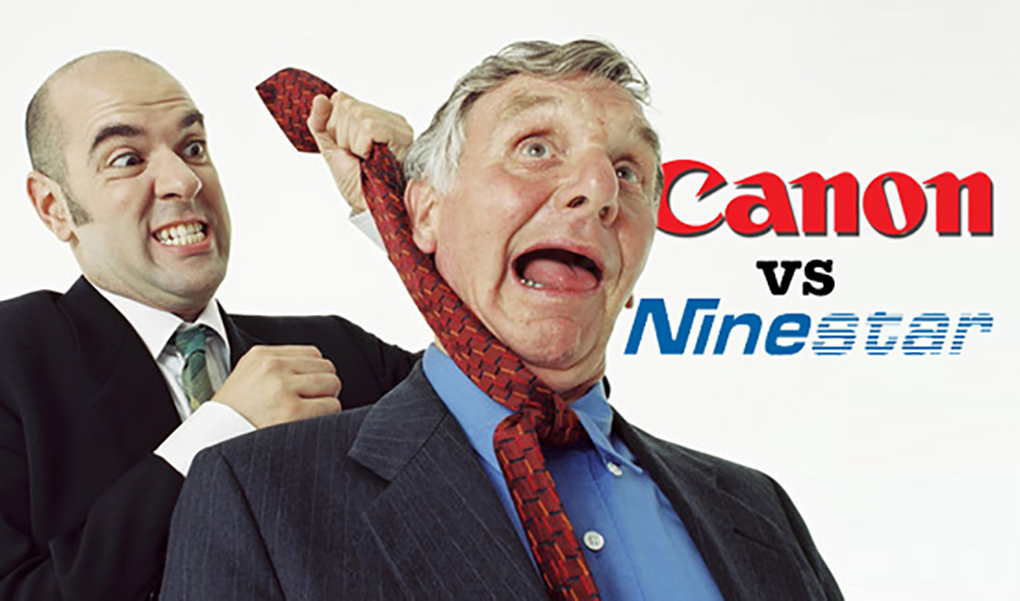 Canon has issued a statement on its website saying it is taking legal action in California, USA against Ninestar for allegedly infringing its patents.

RT Media called industry commentators in the US. The court case was also “news” to them. “This is a revenge action on the part of Canon,” one commentator said. “Canon lost big time on April 20 against several aftermarket players, including Ninestar, as well as Aster, Print-Rite, LD Products, and The Supplies Guys.”

The U.S. Federal Circuit Court of Appeals unanimously decided on April 20, 2020, against Canon and found in favor of the U.S. International Trade Commission (USITC). US-based Merritt Blakeslee, who has been practising in international trade law since 1991 believes it has been a disaster for Canon since 2014 and Canon’s options are not looking good. Blakeslee spoke with RT’s David Gibbons about the April 2020 US Federal Circuit decision to rule unanimously against Canon which was appealing the earlier 2018 decision of the US International Trade Commission (USITC) which ruled that certain aftermarket design around solutions did not infringe Canon’s patents. According to Blakeslee, Canon made it very clear it believed the USITC’s interpretation of the patent claims to be overly narrow. It announced it would consider the available options.

“Canon is more aggressive than any of the printers OEMs,” Blakeslee said. “In the USA alone it has more than 3,500 patents and it uses this enormous portfolio of patents to protect its market share from the printer cartridge aftermarket which has been making larger and larger inroads.”

Within 24 hours, Ninestar published an official response to Canon’s legal accusation that Ninestar allegedly infringed its patents. You can read that statement provided by Ninestar’s legal team to RT Media.

Please add your comments below about this story, “Canon Takes Revenge on Ninestar in USA.”