You are here: Home /Features/Hot Industry Issues/Selling the Benefits of Reman to Consumers 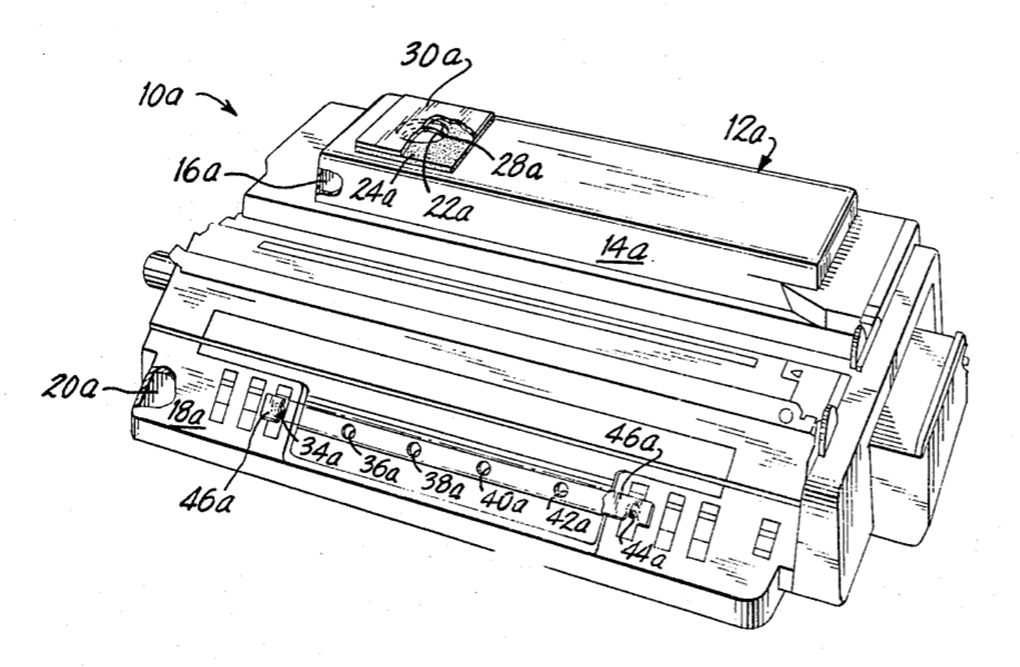 It is hard to tell when the remanufacturing of printer cartridges really got started. If you had to give it a date, it would probably be February 25, 1988, when Fred Keen filed the U.S. patent for the “Refillable Toner Cartridge” which expired in 2008.

The starting point of the imaging supplies remanufacturing industry for toner has been, and still is, a xerographic printing system in which many of the parts of the printer (e.g. a photosensitive drum, a cleaning system, a charging system and a feeding system, etc.,) as well as the toner, are contained in a disposable plastic cartridge.

These were always meant to be single-use cartridges back then.

However, they are much too complex and far too valuable to be disposed of. Of course, the same holds true for ink cartridges as well. Permissible repair, which is the de facto preparation for re-use, has been and still is, the better option.

Considering the use of materials, remanufacturing remains the most preferable alternative because the geometrical form of the product is retained, and its associated economic value is preserved.

In addition, it helps to preserve scarce natural resources and serves as a foundation for a great business model. 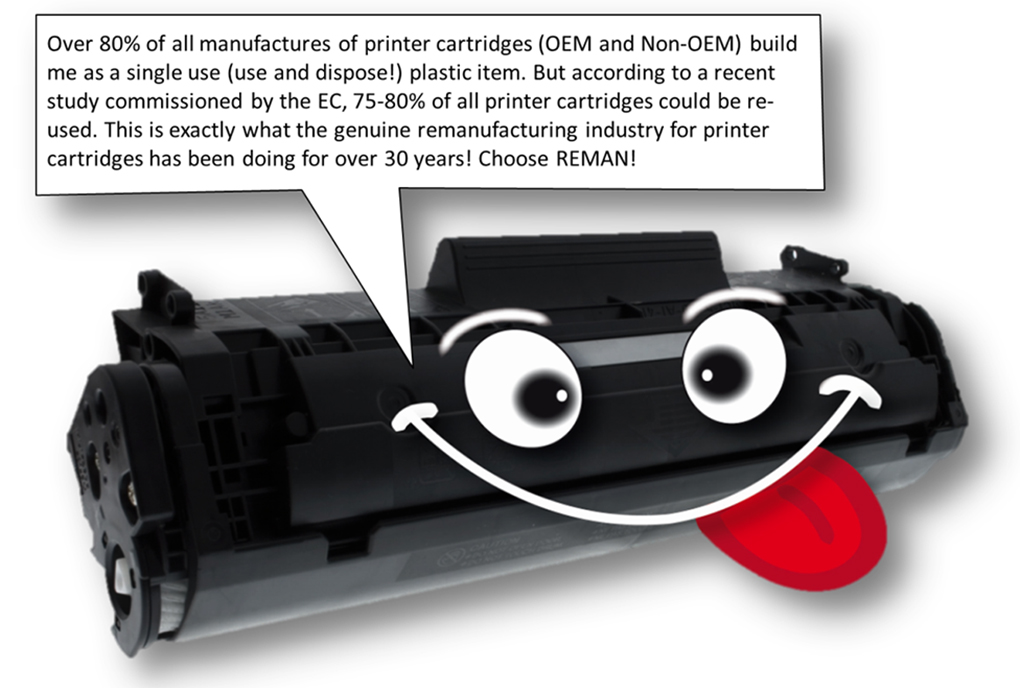 This business model is based on two unique selling propositions (USPs):

It comes as no surprise that our industry grew quickly with these two USPs fuelling its success. Unfortunately, this quick growth came at a cost: increased competition. Attracting new customers became more challenging because most retailers and other potential channel partners had established relationships with other remanufacturers over the years. It was this competition for new customers which led to focusing on the lower price USP not only to compete against the OEMs but also to compete against other manufacturers.

But the quick growth had an even more detrimental effect: it attracted a flood of “me-too” market entrants, particularly from China. 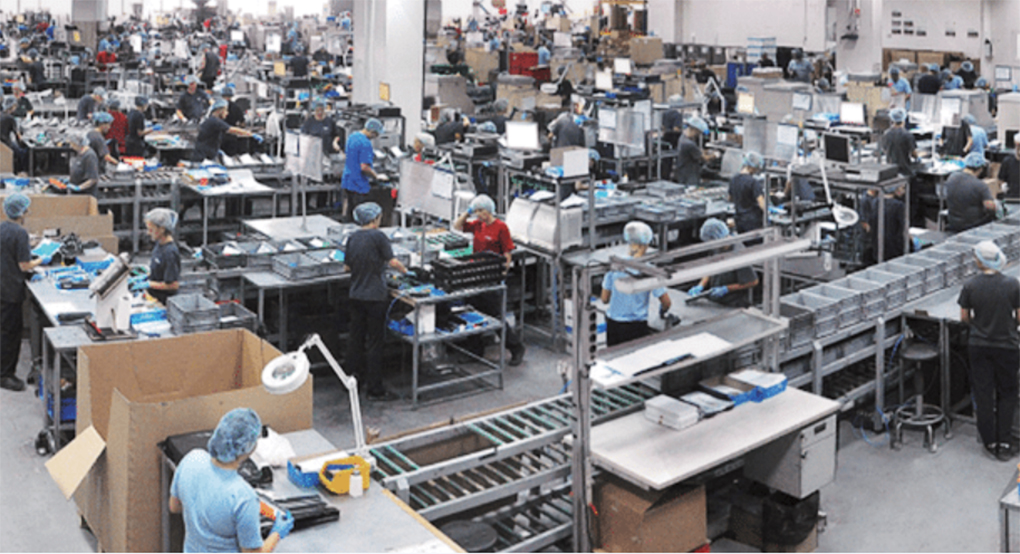 Thanks to an increasing number of import restrictions on waste plastics, the demand along with high transportation costs created higher prices for empty cores. The new market entrants disrupted the market by quickly switching from remanufactured to completely newly reconstructed, or new-build cartridges. They took advantage of low labour costs in the developing region, low raw material prices as well as official and hidden subsidies.

Instead of focusing on the “being greener” USP, too many remanufacturers started to fight the new competition on price. This proved to be a deadly route for many of them. Why? Because if you compete on price only, your business model is doomed as there will always be somebody who can offer at an even lower price.

It was during this time of the price wars that the growing number of non- OEM suppliers, both reman and new-builds attracted the attention of the printer OEMs. Coupled with a decline in printing in key markets, the biggest OEM started to fight back, probably with the urging of its strategic partner. As a result, the “twisted-prism” (U.S. Patent 5,903,803) lawsuit was filed by Canon against a number of aftermarket companies on January 23, 2012.

A further spate of lawsuits over patent-infringing products targeted new-build manufacturers and their distributors. These more recent lawsuits have been used by many remanufacturers to start promoting their cartridges as being more IP safe than new-builds. Reman cartridges use permissible repair consumer rights rather than rely on impermissible construction or reconstruction.

In recent years, new-build cartridge players have learned that compliance is not only limited to IP. Many cartridges have been found to be non-compliant to important European Union (EU) environmental and hazardous regulations including RoHS, WEEE, REACH and de facto quality standards for toner emissions like “LGA tested for contaminants”. All of which remans must adhere to, as they do.

Selling the benefit of IP and regulatory compliance has had some success until the main players in China reacted and started to try to make their products more IP safe and compliant. As a result, the reman companies had to look for a new USP against these improved new-builds.

Fortunately, many of them refocussed their fundamental USP against OEMs which also holds true against new-builds: offering a greener alternative. This is now finally flanked by a new environmental consciousness which leads to the promotion of repair, reuse and recycling in many countries.

In 2020, as bad as it was because of the pandemic, a great and long overdue development took place as remanufacturers and OEMs started to team up to cooperate on achieving inevitable re-use targets. Hopefully, this will spread from the EU to many other countries to jointly fight the influx of single-use plastic, new-build cartridges in mature markets.

Over the last 30 years, selling the benefit of reman has gone full circle: from offering a green alternative to price-only and back to being the greener choice. ■

** This article appeared on pages 8 to 11 of RT ImagingWorld magazine which can be downloaded free.

Volker Kappius (pictured above), who studied Business Administration at the University of Hamburg also holds a post-graduate degree in Business Ethics from the University of Hagen. Kappius joined German-based Delacamp in 2005 and is now the managing director and CEO. He can be contacted by email at <vkappius@delacamp.com>

Read other feature articles by Kappius:

Please add your comments below about this article, “Selling the Benefits of Reman to Consumers,” or join the conversation on LinkedIn.