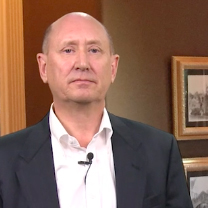 Fallout from the ITC ‘1106 and the Future of Distribution

With much fanfare, 49 companies were named as respondents in what, shortly after its filing in February 2018, became known as the International Trade Commission ‘1106 investigation into patent infringement on the dongle gear structure used in certain laser printer cartridges.

The Respondents listed in the complaint included manufacturers, importers, distributors, and even one independent dealer. Immediately following the filing of the complaint, letters were sent from a prominent OEM to its dealers warning them of the consequences for selling “infringing” products and the potential impact this could have on their authorizations.

Letters were sent from a leading buying group warning their members to stay away from infringing products. Pro-remanufacturing newsletters talked up the threat of cartridge “clones” and the damage “infringing” products were having on established players and legacy distribution channels. All this before a shred of legal evidence was heard. After three “victories” in three prior International Trade Commission investigations into patent infringement, all of which resulted in General Exclusion Orders preventing products found to infringe the asserted patents from being imported into the United States, Canon was probably confident about its chances for repeating the previous successes.

The ‘1106 Investigation In our opinion, it always seemed a stretch for Canon to expect to win a complaint based on a group of patents that emerged after the ‘918 investigation was completed back in 2014. These patents, even to a layperson, appeared to protect the very designs the Respondents’ had implemented to resolve the 2014 investigation. A victory for Canon would have been a travesty calling into question how an interpretation of the original scope of the invention, disclosed way back in 2006, could effectively validate what would have seemed to be an unfair process to broaden the scope for the purposes of eliminating competition. As many expected, Canon has already filed a petition for the Commission to review the initial determination granting motions for summary determination of non-infringement and terminating the investigation in its entirety. Although this step means the dispute will continue to be drawn out in the legal process, it still seems as though the Respondents’ are on the path toward a conclusive victory.

Who’s the beneficiary of the “victories”? Regardless of the final outcome of the ‘1106 Investigation, all of the remaining manufacturing Respondents’ had already redesigned their products and successfully circumvented the patents asserted in the dispute anyway. The Investigation was already moot so far as the effectiveness of a potential General Exclusion Order (that Canon was seeking) to prevent infringing products from being imported to the United States because the disputed products were obsolete long before the conclusion of the Investigation. What must be understood here, is that the manufacturers of aftermarket cartridge alternatives have demonstrated their ability, on four separate occasions now, to implement redesigns (whether they are needed or not) even within the accelerated time frame of an ITC Investigation (18 months). The complainants’ ITC strategy for eliminating competitive products (infringing or otherwise), if indeed that was their primary objective, has now been shown to be deeply flawed. 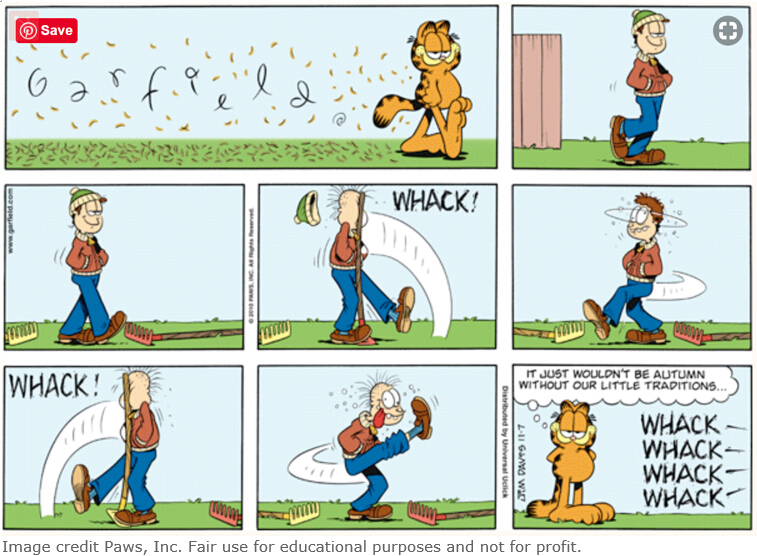 In our opinion, it didn’t need a rocket scientist (or even an ITC ALJ) to determine this was Canon’s weakest complaint for infringement out of the four investigations since 2010. Was the “non-dongling, dongle-gear” complaint really the most potent weapon Canon had remaining in its war chest?

We must also ask, what has Canon been facing in terms of lost profits compared to those faced by Hewlett Packard? How much did Canon really want to fight this battle as opposed to Hewlett Packard insisting they must? It’s possible Hewlett Packard may have been harmed more by loss of market share (on the products Canon made for them), than Canon itself. Hewlett Packard can’t enforce Canons’ patents on the products that Canon has made for them, so their only recourse has been to wait for Canon to do so instead. With Hewlett Packard’s 2016 acquisition of the Samsung printer business, they have positioned themselves for reducing their dependence on Canon and to take control of future legal actions they may consider against potential infringers.

What will be the impact of the initial determination in the marketplace? Will anyone notice? What will Staples and Office Depot do? What will Essendant and SPR do? Perhaps more interesting, what will the decision makers at Sycamore Partners, the new owners of Essendant, Staples, HiTouch, and Dex Imaging do? The manufacturers of New Build Cartridges (NBC) have a short window of opportunity to fix their reputation for poor quality and to demonstrate product build consistency. We all know there is no inherent reason for the quality of an NBC to be inferior to that of an OEM or remanufactured cartridge. We know this because, on their best days they are as good, but, on their worst, they are clearly not. Mainstream resellers and distributors/wholesalers may be emboldened to more seriously consider switching from higher-cost remanufactured cartridges to lower-cost NBC’s as a result of the initial outcome of the latest ITC investigation.

What’s currently happening in the marketplace? What has become increasingly clear over the last 12-24 months, is that Hewlett Packard (with the largest share of the U.S. market) has been offering increasingly aggressive prices to convert customers back from aftermarket alternatives whether they be NBC or remanufactured. HP has long understood the cost and pricing model for remanufactured cartridges and only a fool could think they don’t know collapsing the pricing umbrella at any time effectively eliminates remanufactured cartridges from the market. NBC cartridges on the other hand, with a similar manufacturing cost to OEM NBC, requires a fight at another level altogether.

However, it now appears HP is also willing to get into the NBC fight, with rumors starting to circulate that some customers are being offered “white-box” HP cartridges at even more steeply discounted prices. Prices that may even be comparable to some of the new-build aftermarket alternatives in the market. For evidence of aggressive pricing activity, we must only look at HP’s recent earnings report, and focus in on their supplies segment, for confirmation they may be sacrificing profits in the short term to try and secure market share in the long term.

Hewlett Packard faces a risk of losing market share in a declining market and, for the first time in memory, is compressing prices to mitigate that risk. The OEMs have historically maintained a rigid pricing strategy on their cartridges by setting minimum advertised selling prices, and by selling to their distributors and resellers at prices that don’t permit discounts without the reseller risking a loss. To generate loyalty, a quota and rebate system is often in place that helps resellers improve margins to higher levels long after the initial sale has taken place. With steep discounts on some OEM brand cartridges starting to appear, there is clearly the possibility for a disruption to the decades-long practice for keeping cartridge sell prices high. However, this approach may be short-term and only part of an increasingly imminent end-game strategy. By litigating (to extract profits) and by compressing margins (through price reductions), the competition is gradually squeezed out of the market until pricing order can be reestablished from a more powerful, potentially monopolistic position. But, in this interim phase leading up to the end game, a channel pricing problem is introduced that must be managed, and a distribution race is started that must be confronted.

Mainstream resellers and distributors must take great care here because, unfortunately for them, the OEM’s vision of the finish line is likely to be different from that of their own. If they (the OEM) are to win the race and prevent NBC’s entering mainstream distribution, the remanufactured cartridges currently sold under the private label brands must also become a casualty of that strategy. In fact, the remanufactured cartridges used in these brands are likely to be eliminated long before the NBCs.

However, if the NBC alternative is also successfully blocked from entering these channels, what are the chances for an aftermarket alternative cartridge to ever return, and what will stop the OEMs from eventually deploying monopolistic pricing strategies? In these circumstances, a wholesaler or big-box reseller with its own private label brand of replacement cartridges is faced with three choices:

Next steps on the legal front We’re not suggesting patent infringement complaints are going to go away just because of the recent developments in the ITC. There is far too much at stake in terms of OEM profits for this to be the case. In fact, as recently as March 20, 2019, Canon filed a new patent infringement case in the US District Court for the Central District of California alleging unauthorized use of their laser cartridge technology.

What we are suggesting is that the strategy to fight patent disputes in the forum of the International Trade Commission (perhaps the most qualified that exists for resolving patent disputes) hasn’t worked out quite the way Canon would have presumably hoped for.

From the original manufacturer’s perspective, the ITC is, in theory, an ideal forum to fight against a common enemy. In this case, the common enemy has been a group of offshore manufacturers exporting their supposedly infringing products to the United States and thereby placing the jobs of the complainants’ U.S. workforce in jeopardy.

A successful ITC action, resulting in a GEO, in theory, wipes out a group of competitors within a fast time frame. Outside the ITC, the only alternative is to fight one battle at a time in the U.S. District Courts and, instead of 18 months to adjudicate, each one can take five-years or more, incur unpredictable outcomes in front of lay juries (if they get that far), and face the possibility of endless appeals. If you have any doubt this will be the case, just think Lexmark Vs. First Impressions and the 15 years it took for that battle to finally be resolved in the U.S. Supreme Court. Absent a judge issuing a Temporary Restraining Order or Preliminary Injunction in a District Court action (quite rare), which serve to prevent the sale of disputed products before all the evidence is heard, then there is no quick outcome for a patent dispute working its way through a District Court proceeding.

What should be expected going forward? There are many moving parts and many different possibilities for the manufacturers, the distributors/wholesalers, and for the resellers. We believe the OEM’s still have an array of weapons to deploy in their fight to maximize their market shares, whether they be legal strategies, commercial, or distribution focused strategies.

We expect patent infringement actions to continue to take place, we expect the aftermarket to continue to implement redesigns to avoid asserted patents, and we also expect there will be less likelihood for bringing complaints to the ITC.

First, because the four that have taken place so far have proven to be ineffective from the complainants’ perspective and second, because we expect the designs of the tier-one offshore manufacturers to continue to diverge.

As they diverge, there is less and less of the design commonality that’s necessary to bring a group of manufacturers, distributors, and resellers into a single ITC investigation.

We also expect the cartridge chips to be used more aggressively to limit aftermarket options. Seiko Epson already has an effective (so far legally unchallenged) firmware update strategy to kill aftermarket cartridges, and we’ve seen signs that Hewlett Packard may go down a similar path.

Finally, we’re also intrigued by the recent announcement of the partnership between Alibaba and Office Depot, and whether that may eventually serve to help breakdown the legacy distribution barriers and accelerate the flow of Chinese manufactured NBC’s into the U.S. marketplace.

Who is Ian Elliott? Did you find this blog, Fallout from the ITC ‘1106 and the Future of Distribution, helpful?  Please comment below.