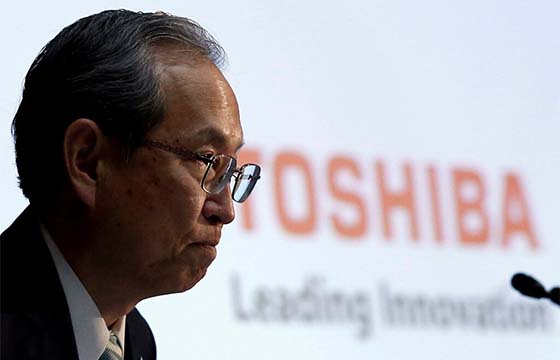 Kurumatani, an executive with CVC Capital Partners, stepped in Toshiba as chief executive in 2018 when Toshiba looked for a new leader from outside its own ranks in hope of rebuilding. Last year, he was appointed president.

For several months, shareholders initiated an investigation into the company’s management practices, seeking to improve the company’s performance and increase its value.

According to the New York Times, Toshiba investors tried to shake up the company’s management at the annual general meeting last summer. But Mr. Kurumatani was re-elected — albeit with less than 60 percent of the vote — following a showdown that angered some key shareholders and raised questions about whether the company had inappropriately interfered in the decision.

Board member Osamu Nagayama deflected questions about the resignation, saying that Mr. Kurumatani, 63, had been considering the move for months and had come to the decision with his family.

And in a letter that was read aloud to reporters, Kurumatani said he had chosen to resign after “achieving my mission to rebuild the company.”

It is said that Chief Executive Nobuaki Kurumatani will be replaced by Satoshi Tsunakawa, who had preceded Mr. Kurumatani in the top operating role.