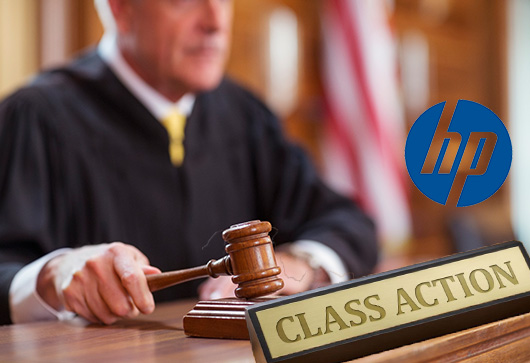 has filed a class action on behalf of an institutional investor seeking to represent purchasers of HP Inc. (NYSE:HPQ) common stock between November 6, 2015, and June 21, 2016, inclusive (the “Class Period”).

This action was filed in the Northern District of California and is captioned York County on behalf of the County of York Retirement Fund v. HP Inc., No. 20-cv-7835.

The HP class-action lawsuit charges HP and certain of its former officers with violations of the Securities Exchange Act of 1934. HP provides personal computers, printers, and related supplies, solutions, and services. HP began operations after spinning off from Hewlett Packard Enterprise Company (“HPE”) on or about November 1, 2015. Following the spinoff, HP operated the Printing and Personal Systems businesses, while HPE retained the enterprise technology infrastructure, software, services, and financing businesses. Within HP’s Printing segment is the Supplies division, which consists of printing and computing supplies, such as toner, ink cartridges, and related printing supplies. Nearly 80% of HP’s operating profit was derived from its Printing business during the Class Period.

The complaint alleges that during the Class Period, defendants misrepresented HP’s business and financial condition by issuing false and misleading statements regarding HP’s financial performance and, in particular, its revenue, profit margin, and earnings. Specifically, defendants provided positive financial results for HP but misrepresented and omitted to state that HP’s Supplies channel inventory management and sales practices had resulted in increased channel inventory and decreased revenues and profits. As a result of defendants’ false statements and omissions, the price of HP stock was artificially inflated to a high of more than $14 per share during the Class Period.

Then on June 21, 2016, HP announced an overhaul to its Printing sales model and revealed that it would reduce its Supplies channel inventory by $450 million, resulting in a corresponding reduction of $450 million in Supplies revenue over the remainder of 2016. Following this announcement, the price of HP stock declined 5.4% to close at $12.61 per share on June 22, 2016.

The plaintiff is represented by Robbins Geller, which has extensive experience in prosecuting investor class actions including actions involving financial fraud.

The Private Securities Litigation Reform Act of 1995 permits any investor who purchased HP common stock during the Class Period to seek appointment as lead plaintiff in the HP class-action lawsuit.

If you wish to discuss the HP class action lawsuit or have any questions concerning this notice or your rights or interests, please contact plaintiff’s counsel, Darryl J. Alvarado of Robbins Geller, at 619/744-2692 or via e-mail at dalvarado@rgrdlaw.com. View a copy of the complaint as filed here.

Please leave your comments to the story “HP Confronted by Class Action Suit Again” below.