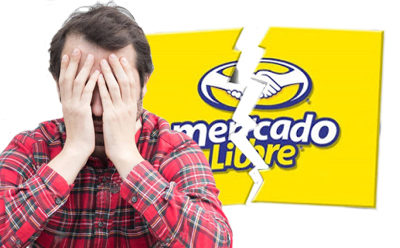 In a unilateral decision and without apparent legal basis, the primary online e-commerce site in Argentina has removed the sale of non-original cartridges and inks from its site “at the request of Hewlett Packard Development (HPD).”

HPD alleges there has been an infringement of intellectual property rights and ordered listings and user accounts be shut down on Mercado Libre de Argentina.

Mercado Libre de Argentina has complied with the request.

The deceptive action of HPD represents a dangerous threat to all companies that market non-original products through Mercado Libre. The new site brand protection program (BPP – Brand Protection Program) does not intervene between the two parties (owner of the trademark and the alleged infringer) but has agreed to temporarily suspend listings for 5 days.

In this five day period, the defendant (aftermarket suppliers) can present its case to the complainant, in this case, HPD, which will decide whether it is valid or not. If the complainant rejects the validity of the product, Mercado Libre cancels the listing and the details of the “infringement” remain in the history of the offender with a warning to avoid any and all future complaints. The accumulation of repeat infringements can lead to sanctions and the final expulsion from the site.

The printing supplies aftermarket is alarmed at the process and concerned how HP will use this to its commercial advantage, particularly with products where respectful sellers have diligently prepared their products to make sure they do not infringe HPs intellectual property or brand.

Kennen S.R.L. is one company that has already been impacted. The company has 21 years of experience in the industry and is a user of Mercado Libre. Andrés Fabbri, Commercial Director of Kennen, told the Guia del Reciclador (RT Media’s partner in Latin America) that “the complaint by HP does not allege an infringement of its patents but for the use of its trademarks”. Kennen is the official distributor in Argentina of the renowned German OCP inks and the online listings were specifically about the OCP Photo 7110, 7612, 8600, 8620, 8610, 7510 250ml inks. “The curious thing is that our listings clearly show the sale is for our OCP brand and not HP brand inks,” said Fabbri.

The Guia del Reciclador newsroom also learned of similar actions by HPD against other aftermarket companies in Argentina. This is the case of the Guisu SRL which has lost its cartridges account already after being denounced by the OEM.

Until last year the regulations allowed Mercado Libre not to take action without a clearly defined legal case. This meant the BPP was obligated to take action based upon a legitimate legal complaint which allowed for corrections to be made to avoid future sanctions. This obligation has been removed in the current BPP program, and in this case, HPD is not obligated to substantiate its claim.

As a result of the increase in complaints, the industry association CAMOCA will hold a virtual meeting with members and non-members alike to analyze the situation and to take necessary action to prevent Hewlett Packard and other companies that might distort the use of the BPP and use it as a tool to attack an industry that produces remanufactured and alternative products that do not infringe patents nor trademarks.

The core objective is the formation of a representative group of companies that can work with the Chamber to make decisions about any action deemed necessary with the corresponding administrative or judicial authorities.

More details about the virtual meeting can be obtained by emailing CAMOCA at info@camoca.com.ar

Add your comments below about this story, “HP Blocks Online Sale of Aftermarket Cartridges”.