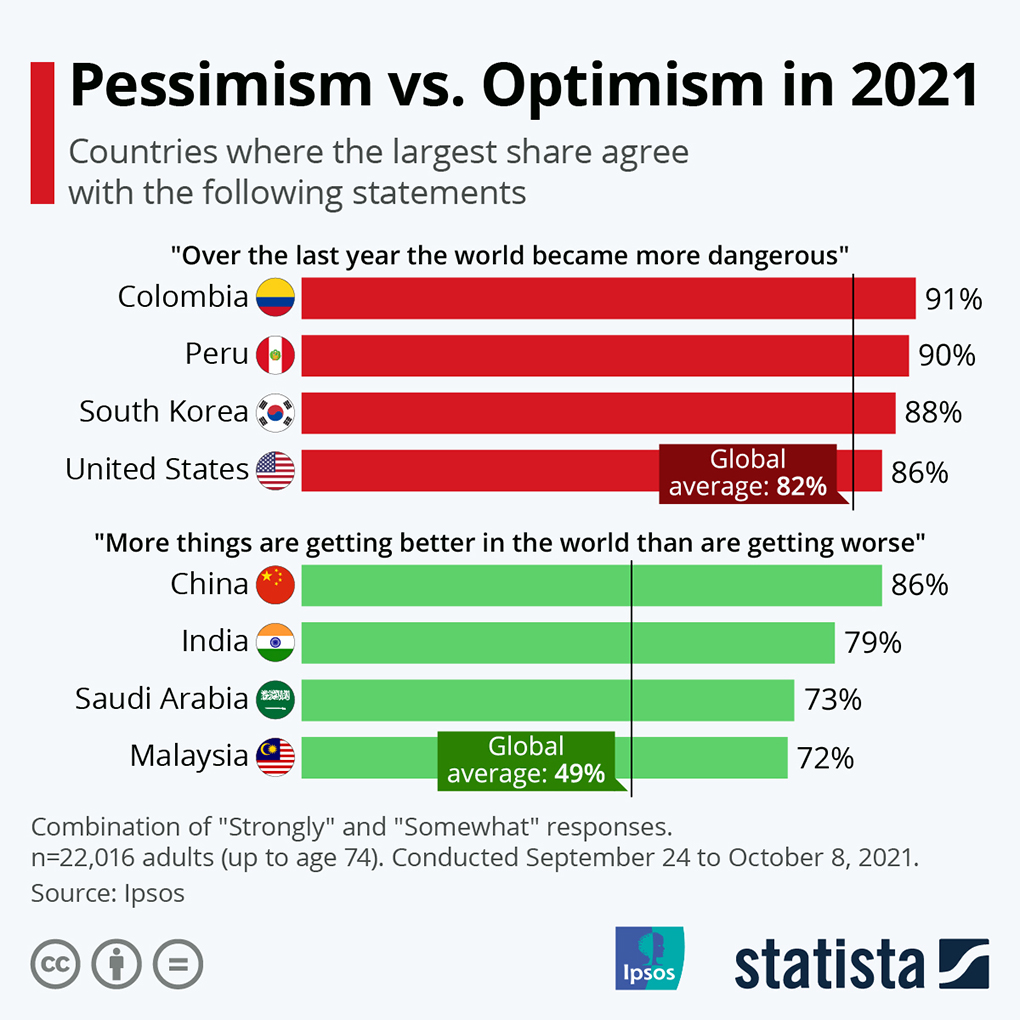 China Proves to Be Most Optimistic Country in 2021

Most people around the world believe the planet became a more dangerous place in 2021.

According to a new survey by Ipsos, 82 percent of respondents from 28 countries said they somewhat or strongly agree with this sentiment.

As this infographic highlights though, this general feeling of pessimism is not universal.

While 91 percent of those in Colombia think the world is now a more dangerous place, 68 percent of respondents in China said the same. 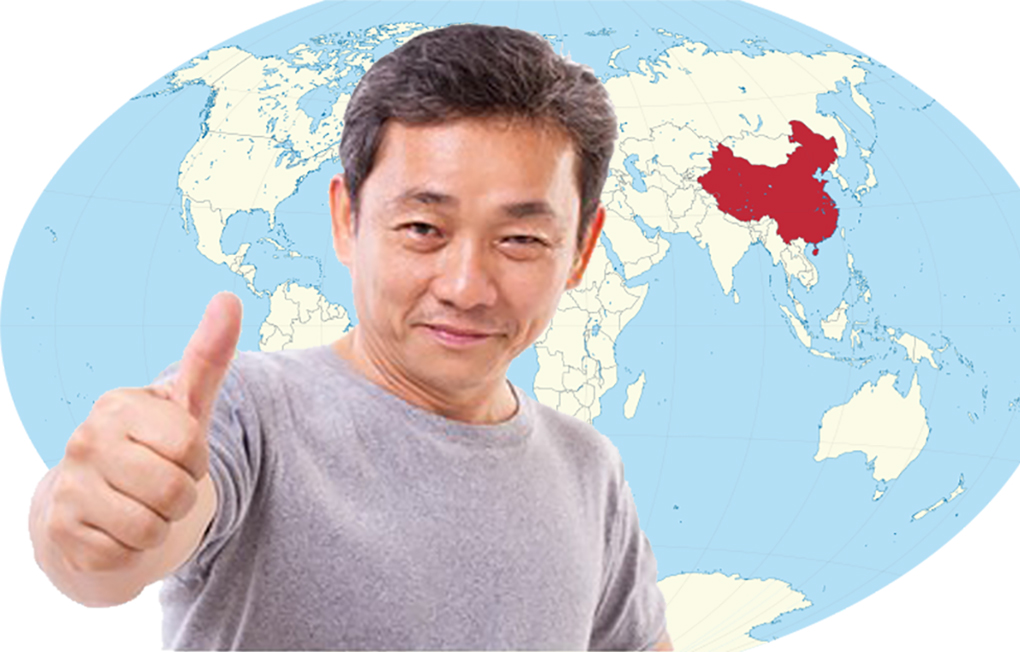 Asked a different way, China also represented the most optimistic world view, with 86 percent saying they think more things are getting better globally than they are getting worse.

The international average here sits at just 49 percent. China is joined by India, and Saudi Arabia at the top of this scale, with 79 and 73 percent, respectively.

The reasons for being pessimistic are listed as:

The results of the 28-market survey conducted by Ipsos on its Global Advisor online platform was based on a total of 22,016 adults aged 18-74 in the United States, Canada, Malaysia, South Africa, and Turkey, and 16-74 in 23 other markets between Friday, September 24 and Friday, October 8, 2021. The sample consists of approximately 1,000 individuals in each of Australia, Belgium, Brazil, Canada, mainland China, France, Germany, Great Britain, Italy, Japan, Spain, and the U.S., and 500 individuals in each of Argentina, Chile, Colombia, Hungary, India, Malaysia, Mexico, the Netherlands, Peru, Poland, Russia, Saudi Arabia, South Africa, South Korea, Sweden, and Turkey.

Are Things are Getting Better? 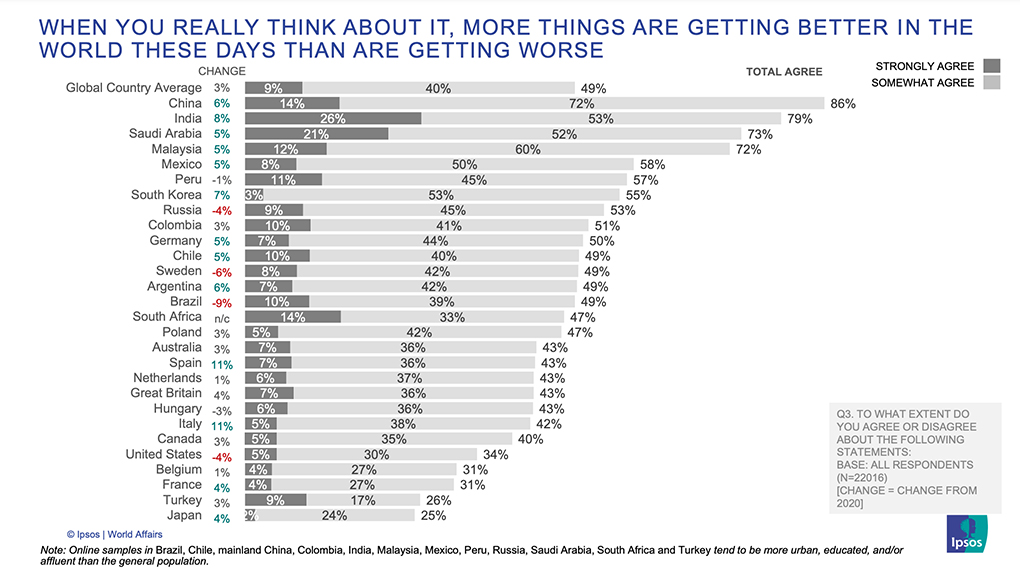 Are Things are Getting Worse? 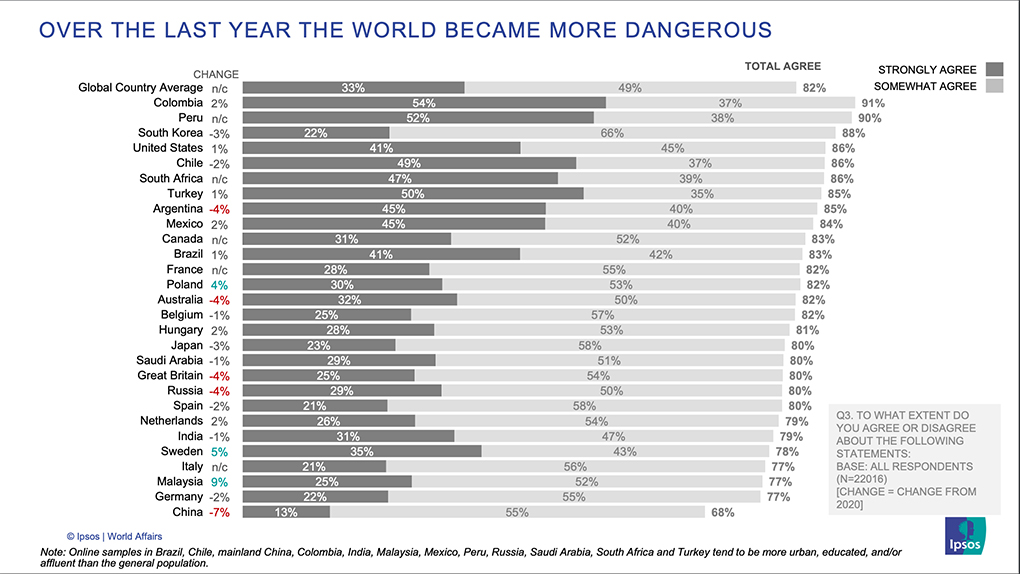 Please add your comments below for this story, “China Proves to Be Most Optimistic Country in 2021” or join the conversation on LinkedIn.