Rules Changed by Supreme Court in the USA – Berto celebrates 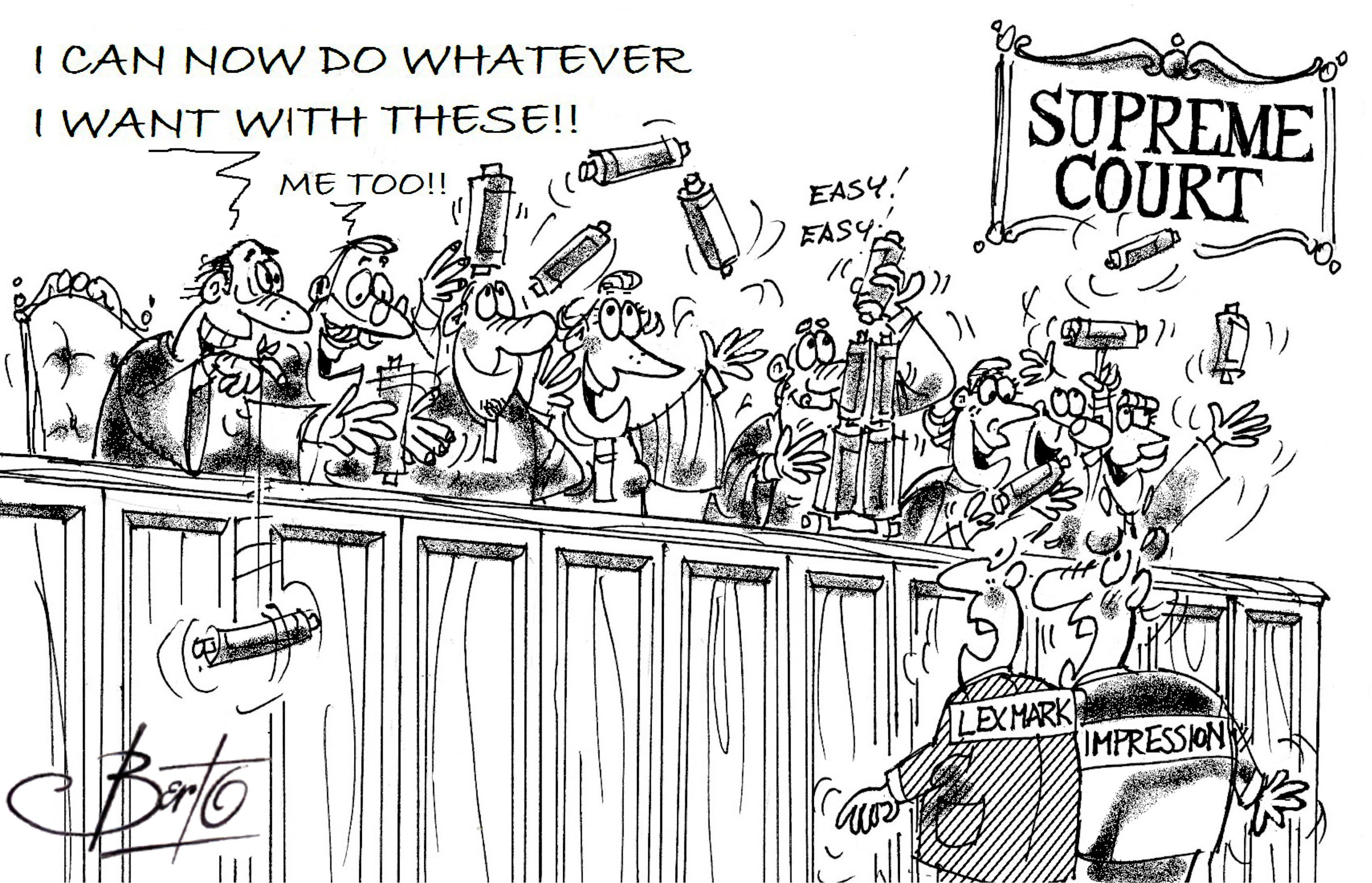 Who has the ownership and patent rights once you have bought something. Anyth ing. A car, a mobile phone, a refrigerator or even a printer cartridge? Can the original equipment manufacturer (OEM) tell you what you can do with it after the sale has been completed?

This was the essence of the case between multi-national, OEM Lemark International and family-owned, small business, aftermarket Impression Products who was collecting used cartridges and remanufacturing them for reuse again. The case went through each level of the court system right through to the Supreme Court, the country’s highest court and the West Virginia company won. The U.S. Supreme Court determined Lexmark’s patent rights were limited and published its decisions on May 30, 2017.

Essentially, as Berto muses in his cartoon, the purchaser of a product “can do whatever they want” with any item they have purchased.

You can read about the seven-year battle on Wikipedia.

Media and industry recognise the Impression Products win. You can read the account here. MetroNews took photos and published news of the recognition as well. Brad McElhinny wrote, “The West Virginia company that was a focal point of a landmark U.S. Supreme Court ruling is being recognized within its industry. Impression Products of Charleston, which recycles printer cartridges originally made by Lexmark, was on the winning side of a unanimous Supreme Court decision in May. The case received coverage from Fortune and The New York Times. The ruling protects those who refurbish, repair or resell used products from copyright claims. It also reassures consumers of pricing options in the marketplace.”