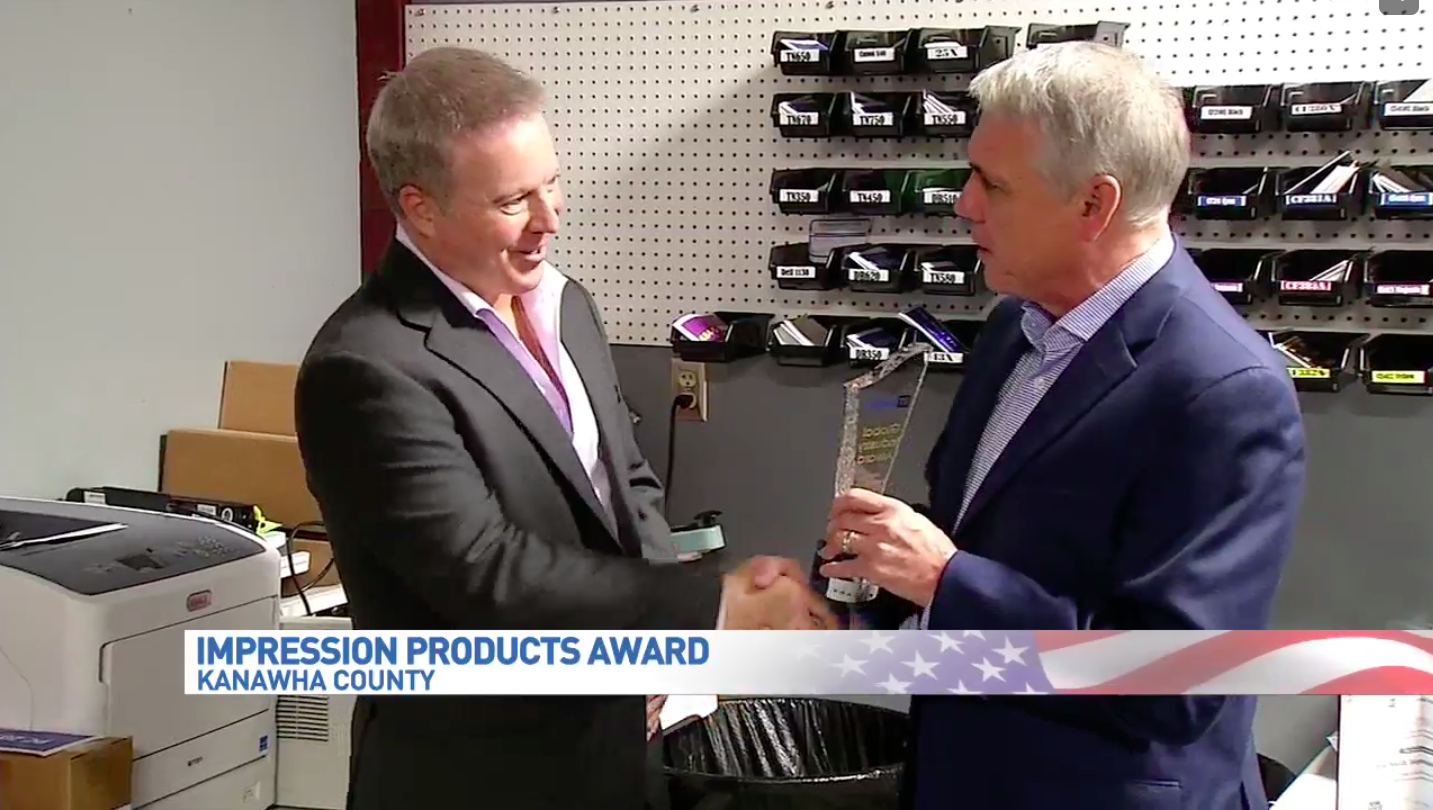 Media in the US has been quick to pick up on the news that Impression Products has been honoured by the global printing consumables industry for its historic win against Lexmark in the US Supreme Court.

Press and television were on hand to witness the RT Imaging Global Industry Breakthrough Award as it was presented in person to CEO Eric Smith (pictured, left) this week. Staff from WCHSTV-8 (part of the ABC national network) said, “Eric Smith, the owner of Impression Products of Charleston, received the Global Industry Award by Recycling Times, an organization representing companies that reuse products that were manufactured earlier.”  (Watch the 50 seconds TV News clip below)

MetroNews took photos and published news of the recognition as well. Brad McElhinny wrote, “The West Virginia company that was a focal point of a landmark U.S. Supreme Court ruling is being recognized within its industry. Impression Products of Charleston, which recycles printer cartridges originally made by Lexmark, was on the winning side of a unanimous Supreme Court decision in May. The case received coverage from Fortune and The New York Times. The ruling protects those who refurbish, repair or resell used products from copyright claims. It also reassures consumers of pricing options in the marketplace.”

The media also picked up that Smith and Impression Products are featured on the front cover of the current edition of the Recycling Times magazine, published in English, Chinese, Spanish and Russian. The magazine cover has been featured in both print and television news reports.

According to Weedon, who wrote Smith’s story that was published in the magazine, “Eric decided not to settle, and that’s why I wanted to tell his story. People should know this story. Actually, Eric will gain very little out of the result other than being allowed to continue. But there are many other companies within the industry, within the United States, giving local jobs that will be able to keep their local jobs because of these new interpretations of patent law.”

Staff at WCHSTV-8 also added, “Lexmark sued Impression Products and lost. The Supreme Court ruling protects those who refurbish, repair or re-sell used products from copyright claims. Smith said the David versus Goliath case was worth the fight.”