You are here: Home /News/Aftermarket/HYB Releases More Premium Toners from its Japanese Partner 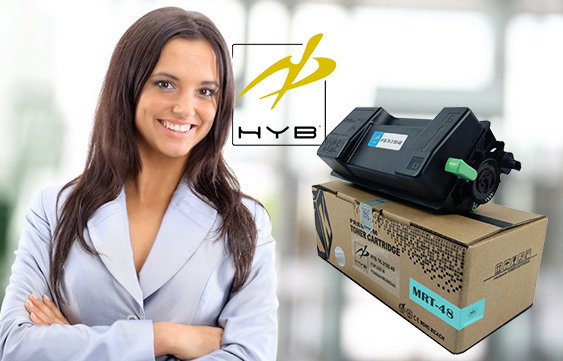 China-based HYB has released toners formulated and manufactured by its award-winning Japanese partner—MRT.

The MRT replacement Kyocera toner cartridges are intended for customers in Europe.

According to HYB, the new product is filled with TG-46 and TG-68 toners which were formulated in Japan in 2019. HYB claims the applications have been extended to several medium-high speed ECOSYS printers and TASKalfa machines.

HYB also says its technical engineers have implemented an in-depth study and comparison based on different tests. “We disclosed the data which we believe to enable the customers to understand how the toners made exclusively by MRT stand out of the aftermarket and perform as the OEM products,” said Kim Lee, sales director of HYB.

HYB carried out MRT-48 (TG-48) and MRT-68 (TG-68) tests on the TK-3190 toner kit and compared the results of OEM and another aftermarket for use in the Kyocera ECOSYS P3060DN machines. The three aftermarket toner formulas were tested to print for over 20,000 pages respectively, evaluating compatibility, reverse-compatibility with the OEM toner and density, observing print defects, and waste toner rate. 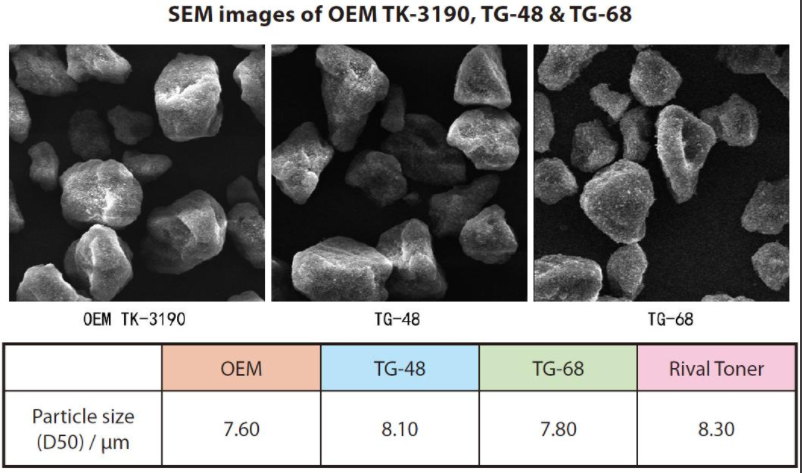 To assure products meet HYB’s requirements, HYB manufacturing partner implemented strict control on quality as well as on output of production. “As the premium formulas targeted to high-end users and dealers, MRT-48’s (TG-48 ) particle size is controlled to be approx. 8.10 μm and MRT-68 (TG-68 ) is controlled to be less than 7.80 μm (Almost the same as the OEM toner),” said Kim Lee.

Since 2018, HYB developed the exclusive toner formula TG-46 with its partner in Japan. Many customers prefer this toner for its consistency in quality, outstanding performance in density and compatibility of seamless replacement for genuine toners. Called “Ultimate Dark” in the market, customers use it to fulfil the demand for higher quality from Kyocera printers in the market.

Please leave your comments below for the news story “HYB Releases More Premium Toners from its Japanese Partner.”