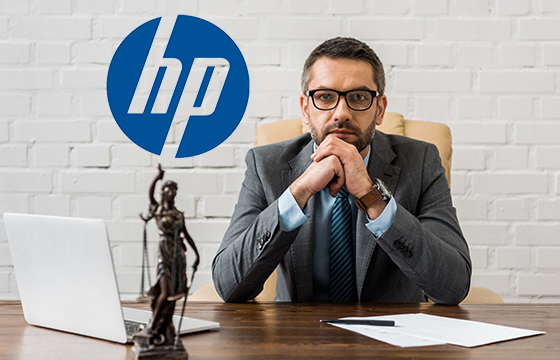 A class-action lawsuit can mostly go ahead, regarding HP’s pushing a software update to its printers which made other brands’ ink cartridges incompatible, according to topclassactions.com.

A California federal judge ruled on October 15 that most of the class action allegations filed by printer owners against HP, Inc. could go ahead, throwing out only three of the claims.

The claims against HP were first filed in December 2020. The plaintiffs allege that HP transmitted firmware updates without authorization to HP printers through the Internet, with the first update pushed around November 2020.

The class-action lawsuit said the company told them that HP printers have a “supply problem,” when HP had in fact intentionally caused the issue by sending the “malware” to render third-party ink cartridges incompatible with HP products.

“Plaintiffs allege that as a result of this malware, HP printer owners are either forced to buy HP cartridges or they cannot use their printers until third parties can develop workarounds in their products,” the lawsuit states.

They also allege HP used this firmware update process to conceal the fact it is actually collecting data on whether consumers are using HP or its competitors’ cartridges without their consent.

The order filed October 15 allowed most of the claims to go ahead, apart from allegations regarding one section of CFAA, trespass to chattels and one claim based on one part of CDAFA.

The news comes as HP faces another class-action lawsuit, with a consumer alleging that he and others with an HP “Instant Ink” subscription are experiencing faulty, error-prone cartridges.

The plaintiffs are represented by Mark L. Javitch of Javitch Law Office and Thomas A. Zimmerman Jr. of Zimmerman Law Offices PC.

Please leave your comments below for the story “HP to Face Class Action for Pushing Software Update.”