You are here: Home /Features/Marketing & Sales/Solid Growth Despite Zero Branding on Social Media

Philip Knierim (pictured right) founded Refill BV, also known as Ecotone, back in 1987. As a young entrepreneur, he had established four retail computer shops in the Netherlands. One of his customers at the World Trade Centre in Amsterdam had purchased a QMS K8 laser printer and required a new cartridge. He objected to the “extortionate” OEM price of 400 Dutch Guilders, telling Knierim “it ought to be possible to refresh this thing with new toner powder.” That conversation would define much of Knierim’s future business career. 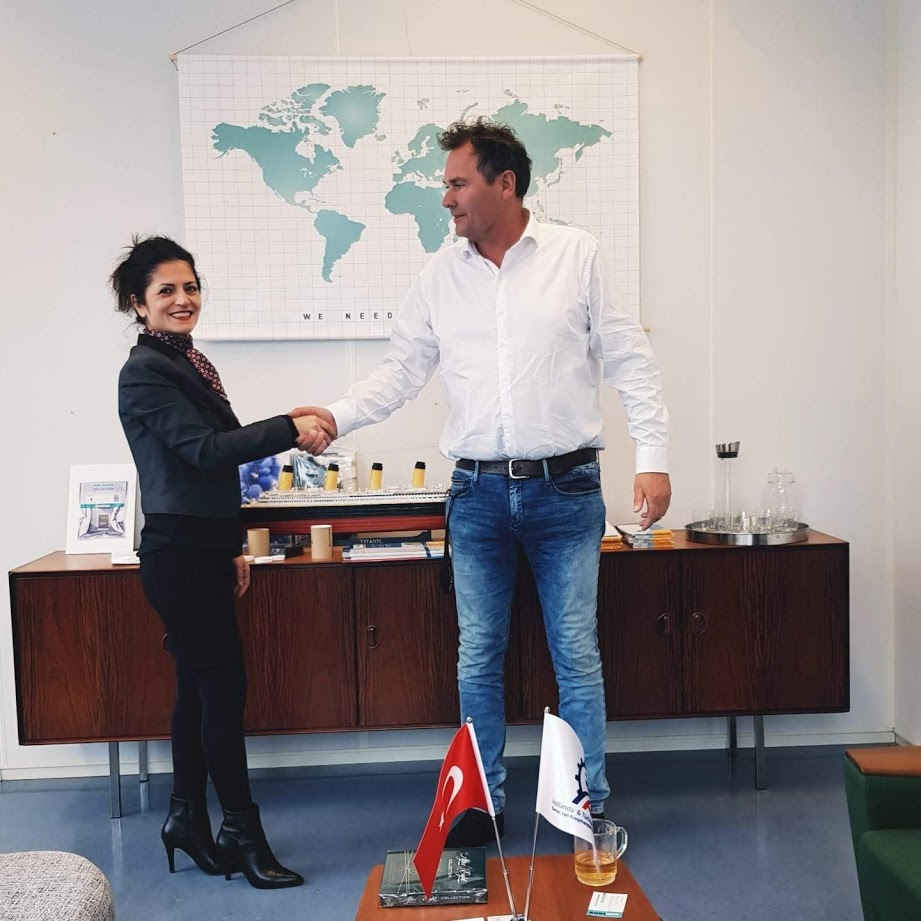 He sourced a bottle of copier toner locally and refilled his customer’s cartridge on the kitchen table. This, of course, did not work, but believing that it could be done, his research led him to Laser Charge in Texas, USA, and a business in nearby Belgium that had already developed a production line. He began buying and selling finished products.

Business grew very fast. Timing was good. His first sales call was with the ING bank where 700 laser printers had just been procured. Product performance issues led him to set up his own manufacturing line in Rotterdam.

Knierim focused his manufacturing on quality and cleanliness and his marketing on brand building. Having established the Ecotone brand as the leading OEM alternative for corporate end-users in the Netherlands he set about building a reseller network for his brand outside of the Netherlands. Volumes grew to around 40,000 toner cartridges per month—making Ecotone the largest European player of its day. He never ever threw away an empty cartridge and was ahead of his time in implementing clever scrap recovery programs to maximize the reuse of materials.

In parallel, a major private label deal and relationship with Verbatim evolved quickly. The desire to diversify led to the acquisition of Ecotone by Verbatim in 1995. Knierim remained with the business for three years to focus first on integration and then on leveraging the Verbatim distributor network in Europe to grow cartridge volumes.

Always a keen pilot he founded two small independent airlines one of which was a British Airways franchise, after leaving Verbatim. But it wasn’t long before the lure of our industry drew him back in.

In 2002, he began consulting for Samsung Corporation which wanted to enter the market. He set up a distribution business called Aesoon, establishing Samsung as a player in the OPC drum aftermarket. Samsung Corporation then launched a range of Samsung branded toner cartridges for use in HP printers. These were new-build toner cartridges produced by the Green Cartridge Company in China. The cross-license from Canon covered SX, LX, NX and EX engines and later Samsung filled out its range with remanufactured cartridges. Aesoon was appointed as the exclusive distributor for Europe and grew volumes nicely until the corporate politics between Canon and Samsung resulted in the program being discontinued.

Samsung Corporation then approached him to come on board full time and set up a selling and logistics office for its retail-driven business for consumer products encompassing batteries and computer accessories.

Yet again, the pull of our industry was too much and in 2010 he became involved in a project to consolidate multiple supplies distributors in the Netherlands. These included Hoffman, Despec and Dissit. In the intervening period, Ecotone had lost its way somewhat and Mitsubishi (the Verbatim parent) was ready to divest it. Knierim grabbed it back and rolled it into Hoffman. Consolidating the distributors proved very difficult, so he pulled Ecotone out in 2015 and has been running it as an independent business ever since.

How does he see the cartridge market today? Within his target market, which is SME, there are three clearly defined segments. One is the OEM loyal buyer, the other is the price driven buyer who will choose new-build compatibles, and then there is the genuinely green buyer. He accepts this third segment is probably now the smallest. It is a niche. But it is “his” niche. Other commentators would argue that SME buyers don’t care. Knierim disagrees and his growth proves his point. He continues to grow at around seven percent per year at a time when we are told the market is shrinking by about the same rate. He is clearly doing something right.

What about the z-Generation? What about Amazonification? Again, his response seems to buck the trend. Many would argue that younger buyers in the workplace simply wish to purchase with three clicks of a mouse.

How does this sit with the Ecotone model which is heavily driven by telemarketing? “Younger buyers are more receptive to strong ecological messages. By working very hard at articulating our value proposition, we are succeeding to win business away from OEM and even from NBCs. Additionally, the internet space is becoming like the wild west. Look at Amazon. Search on a popular toner cartridge part number and there are pages and pages of choices. Some would argue that most buyers will choose the cheapest or the one with the most positive reviews, or whatever. Our experience is that many buyers are confused. There is too much choice. My sales agents are consultants for our customers. They provide advice and they earn trust and credibility. Some buyers don’t even know which cartridge they need. They want to speak to somebody.”

The Ecotone brand has zero visibility on social media. Some may argue the telemarketing sales model is outdated and old fashioned. Yet, it works and delivers a strong ROI. Knierim has developed huge experience with this model and is clearly an expert. He understands how to segment the market and how to profile the prospects. He understands the number of calls required to win a new customer and the total cost of new customer acquisition. He measures everything. He garners a premium for the service he delivers. Selling prices are sensible. He is one of the last players in the market that truly knows how to position and market extra-high-capacity cartridges.

Recently he has begun to establish offshore telemarketing teams for his main markets which are Netherlands, Germany and Austria. He is using Turkey as there is good availability of Dutch and German speakers who were raised and educated in NL/DE/AT and have returned to their roots. Once on board, his customers give him high levels of loyalty. Ecotone is a sticky brand. He rarely loses business back to the OEM, nor to NBCs.

He does not underestimate the challenges our industry faces. There is a place for NBCs but not within his Ecotone model. He is looking at another vehicle to exploit that market. He agrees strict EU legislation to restrict single-use plastics could help the remanufacturing sector but does not believe it will happen any time soon and cautions our industry not to expect too much. He is not oblivious to the financial pressures being felt by the major players in remanufacturing in Europe which are indicative of the challenges the industry faces.

Clearly the impact of MPS and contract models is a factor, but he calculates that there are over 4 million HP devices in Western Europe and only five percent of those sit in contracts. He admits that the percentage is increasing but the transactional space is big enough for him to continue to grow during the coming years.

For him, the bigger challenge is reducing print volumes. Whilst he does not ever see the paperless office as a reality, he is sensitive to the “paper light” concept that most document management and workflow consultants refer to in their talk tracks.

Workplace environments are changing. New types of knowledge workers are emerging. They may use less toner and less paper, but there will still be a market. And to mitigate any softening he is building a high-end coffee business. Regardless of how much printing takes place, in the Netherlands at least, the desire for good coffee is only going to increase. And he has the database and customer base to exploit that.