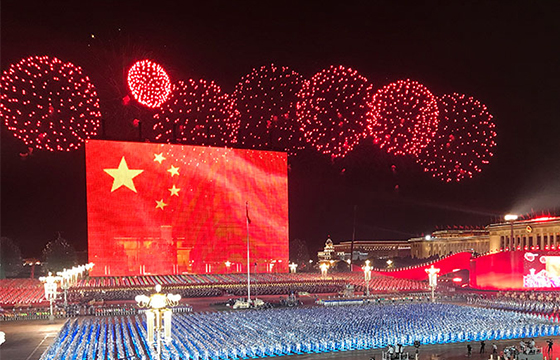 RT Media office in Zhuhai, China will be closed from October 1 to October 7 to commemorate the founding of the People’s Republic of China in 1949. Staff will resume work on October 8 (Friday).

The 7-day holiday is known as Golden Week. It is usually a peak time for Chinese people to travel.

The History of China’s National Day

On October 1, 1949, the People’s Republic of China was inaugurated. An official victory celebration and ceremony were held in Tian’anmen Square. Mao Zedong raised the first Communist national flag of China in person amid 300,000 soldiers and other people who were gathered at the square.

China National Day is celebrated throughout mainland China, Hong Kong, and Macau with a variety of activities. Public places are decorated with flags and flowers. Beijing host the biggest celebrations.